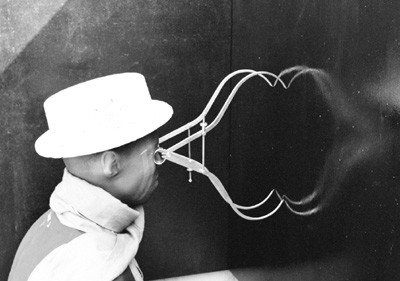 The Mercedes Benz Award for South African Art and Culture was presented for the 10th time in 2009. Since 1999, over 80 South African artists, musicians, architects, authors and fashion designers were introduced to the country in cultural centers and - for the first time - to an international public. The ten winners in the different cultural fields have been presented worldwide in galleries and projects, at Biennales or involved in documenta in Kassel, and are seen as representing advanced approaches to contemporary art and culture.

This engagement was extended by acquiring work groups from the following artists for the Daimler Art Collection - Kay Hassan, Jane Alexander, Guy Tillim, Heinrich Wolff. Additionally, representative works by David Goldblatt, Zwelethu Mtethwa, David Koloane, Bernie Searle, Mbongeni Buthelezi, Claudette Schreuders and Robin Rhode have been bought in connection with the cultural engagement in South Africa. Over the past years, the works in our collection have been exhibited in various different ways. This is why for the present exhibition - Ampersand - artworks primarily by young South African artists loaned from galleries and private collections are on show.

In the context of the Daimler Art Collection, Jan Henderikse (*1937, the Netherlands) and Robert Filliou (1926-1987, France) and the South African artists Willem Boshoff (*1951, South Africa), Kay Hassan (*1956, South Africa) and Sue Williamson (*1941, United Kingdom) were selected as the forerunners and initiators of the most recent developments in art.

These were the three young Polish artists Natalia Stachon, Monika Sosnowska and Alicja Kwade, the wall objects by New York artist Jim Lee and the Italian Luca Trevisani in the 'Trash Minimal' tradition, and, finally, the packing of 'disposed-of' pictures and the mobile phone videos by Patrick Fabian Panetta.

On the other hand, the conceptual strategies and political implications of the selected works were also important, creating a connection with the artworks by the pioneers already mentioned. This can be seen in the videos by the Brazilian Marcellvs L., the VOID word sculpture by Pietro Sanguineti, the poster edition by Jerôme Saint-Loubert Bié and the works of the Danish artist Lasse Schmidt Hansen. Simone Westerwinter picked up on our curatorial idea of a 'friendly match' and 'married' a child's set of goalposts with a bridal veil, creating a cryptically ironic homage to masculinity and football fever.

Taken together, the works by younger South African artists reflect a full and representative spectrum of current themes and production forms. Concepts of gender, identity, HIV/AIDS, sexuality and the ongoing subcutaneous effects of discrimination under apartheid are central, for instance, to the sewn pictures by Nicolas Hlobo, the photographic projects and animal hide sculptures of Nandipha Mntambo, the sound installation by Kay Hassan, the video Bird's Milk by Dineo Seshee Bopape about a failed romantic relationship and the fashion performances and photographic series by Athi-Patra Ruga. Ruga's photograph series The Naivety of Beiruth follows the so-called 'bugchasers', who intentionally infect themselves with HIV in order to 'share' the experience of HIV/AIDS sufferers (in a kind of Ruth-like altruism). Other works by South African artists included in Ampersand are characterized by explicit political analysis and critical statements. Lawrence Lemaoana attacks the manipulation of the media and the survival of corrupt patriarchal structures under the current president Jacob Zuma, Rowan Smith reconstructs bygone utopias and progress models as a sign of positive energy in the heart of disintegrating social structures, and in Welcome to Paradise! Lolo Veleko creates camera portraits of African refugees, who, in a kind of mimicry, are hoping to find a place for themselves in the false postcard idyll of the holiday island of Gran Canaria.

Artists from the Daimler Art Collection: