On show the series Dutch interiors by Joan Miro' including sketches and drawings by artist which were the original source of his inspiration. The exhibition is an intriguing and surprising meeting between the Dutch Golden Age and the avant-garde movement of the 20th century. Jan Steen is one of the masters of the Dutch Golden Age and is particularly well-known for his often humorous scenes of everyday life. 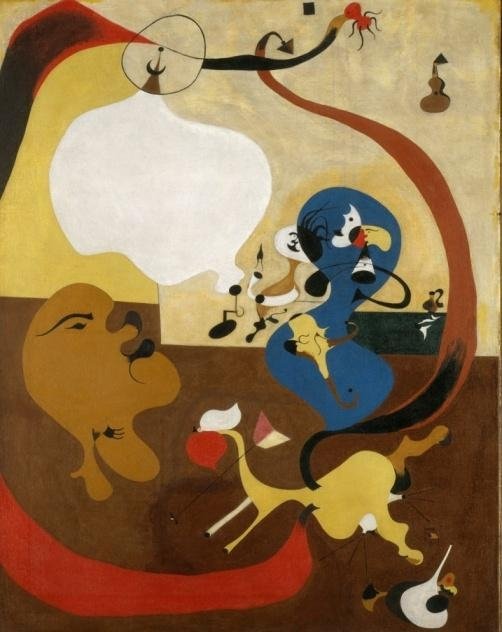 From 17 June to 13 September 2010, the series Dutch interiors by Joan Miró (1893-1983) will make its debut at the Rijksmuseum. Miró travelled to the Netherlands in 1928 and included the Rijksmuseum in his itinerary. Two interior scenes by 17th-century Dutch masters Hendrick Sorgh and Jan Steen inspired him to create a series of three paintings, which represent one of the highlights of Miró's early surrealistic work. The Dutch Interiors, including sketches and drawings by Miró, have never before been displayed alongside these 17th-century works, which were the original source of his inspiration. This exhibition by the Rijksmuseum uniquely brings together art from the past and present.

In May 1928, Miró travelled from Paris to the Netherlands and included the Rijksmuseum in his itinerary. He also took two home two postcards, which were colour reproductions of paintings from the Rijksmuseum collection: The lute player by Hendrick Martensz. Sorgh (1661) and Children teaching a cat to dance better known as The dancing lesson by Jan Havicksz. Steen (c. 1600-1979). Both paintings feature a musician, surrounded by one or more listeners, a cat and a dog. In the Dutch interiors, the scenes undergo a complete metamorphosis, as Miró captures these figures in his own surreal fantasy world.

In summer 1928, during a visit to his studio on the family farm Montroig in Catalonia, Miró drew inspiration from these two picture postcards, creating the three paintings later entitled Dutch interiors. Rather than working spontaneously as he usually did, he prepared an extensive series of sketches and drawings. The paintings are currently part of the collections of the Museum of Modern Art (New York), the Peggy Guggenheim Collection (Venice) and the Metropolitan Museum of Art (New York). The postcards, sketches and drawings were donated by Miró to the Museum of Modern Art and the Fundació Joan Miró (Barcelona) in the seventies. This study material offers a unique insight into how Miró transformed the original 17th-century works.

By working in this way, Miró subscribed to a long tradition of ‘creative copying’, whereby artists reinterpreted the masterworks of predecessors, using them as a source of inspiration for new artworks. Today, as in times past, the Rijksmuseum collection often serves as a source of inspiration. Nevertheless, the encounter between Miró and the Dutch masters of the painting genre represents a rare highlight in art history. The exhibition is an intriguing and surprising meeting between the Dutch Golden Age and the avant-garde movement of the 20th century. Jan Steen is one of the masters of the Dutch Golden Age and is particularly well-known for his often humorous scenes of everyday life. Following an important exhibition and several publications, he enjoyed great fame at the end of the twenties. At that time, Joan Miró was considered as one of the key exponents of surrealism and painting. He went on to become one of the most influential and famous artists of his generation.