This is the end

Far away from any spectacular showing of it or any taphiliac and decadent aesthetic delight, which had been haunting the visual culture of the last decades of the 20 century, this exhibition expresses an urgent need to face the end as a significant aspect of existence and art. During the opening Simona Barbera's performance, at 9 pm. Curated by Suite-case and Massimo Palazzi. 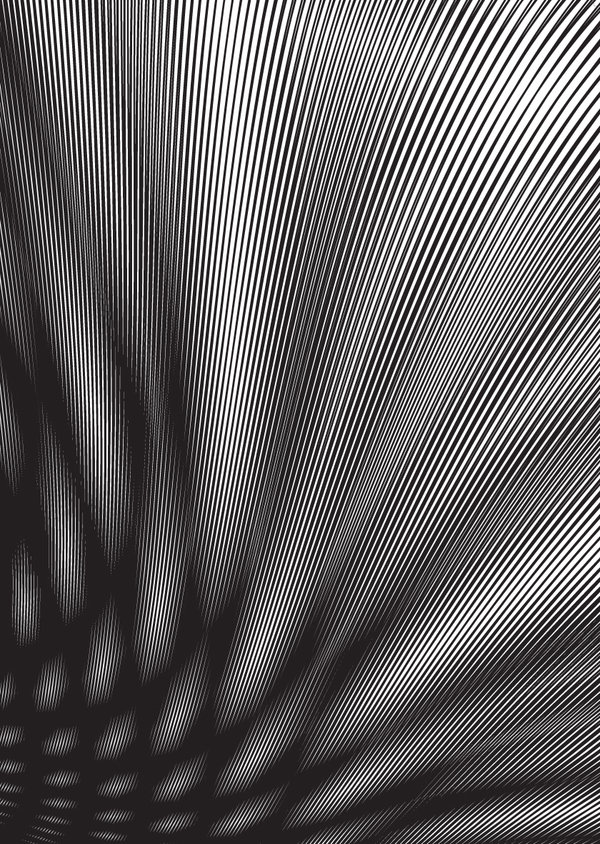 curated by Suite-case and Massimo Palazzi

In spite of how physically impossible it might feel like in the mind of someone living, death is the only certain truth of our life. Far away from any spectacular showing of it or any taphiliac and decadent aesthetic delight, which had been haunting the visual culture of the last decades of the 20 century, this exhibition expresses an urgent need to face the end as a significant aspect of existence and art.

As life reveals its precious value through its fragility, the end can be taken as a start. Beside social and personal issues, the theme of the exhibition defines the actual existence of the artwork in space and time as a transforming process. Most of the featured interventions are temporary and tend to be physically immaterial, no matter if this condition is obtained through digital media or as a result of an accurate use of simple and traditional art techniques. In spite of their difference and their autonomy, all the works contribute to achieve an homogeneous activation of the venue and to make up a sort of organic summative installation, pivoting on the dialectic combination of light and shadow, that is formally embodied by the clash between ruled geometries and some kind of formless thick black matter.

As a result of a collaborative strategy, such a project reflects in its display the need for breaking individual boundaries in the name of a supportive temporary community, gathered to celebrate an atheistic ritual. The intangible quality of materials like ashes, different sort of shadow play, thin lines, together with the recurring use of sound and light as pervasive and connecting substance, provide the viewer with a delicate sensory experience, in which artworks are strong because of their transient nature. Just like life.

GUIDO AFFINI (b. 1977, Genoa, ITALY), Unknown. Sound acts like some sort of space catalyst in Guido Affini’s research and involves the viewers in a direct experience of the work through their senses. A suspended subwoofer, positioned horizontally above the floor, hold some ashes in its cone. Some powerful bass sounds, periodically boosted by the diffuser, propel the ashes in the air. They keep on floating in the space even when the wave compressions are over and, eventually, gently fall on the floor around the cone while making up an intangible sculpture.

SIMONA BARBERA (b. 1971, Genova, ITALY), The Shivering Cold Continues. The large and black figures evoked by Simona Barbera’s wall paintings are unconscious projections taking place whenever the hollow darkness is explored. As powerful as mythical creatures, their black shapes become blurred forms coming to life thanks to the dim lighting of the venue and the thick sound of the artist’s compositions. Originated from an accurate blend of black metal and minimal electronic sounds, her sonic work conceives the sound as matter to turn images and space in to transcending installations.

DAVIDE CALVARESI (b. 1981, Offida (AP), ITALY), Tear. By hiding a system of rubber tubes on the ceiling of the gallery, Davide Calvaresi’s installation aims to simulate the tear secretion and to extend it to an architectural scale. The dripping on the floor of the venue of previously collected rainwater evokes the structural and metaphorical leaks compromising the safety of human condition. Davide Calvaresi dedicates his work to the memory of Alfredo, who died of uncertain causes in Dijon on February 5 2010 during the rehearsals of the show Inferno by Societas Raffaello Sanzio.

ANDREA CILLO (b. 1973, Cagliari, ITALY), Somber. The deepest darkness is often related to the irreversible cessation of vital functions in living organisms. Somber shows the slow motion of a thick liquid blob obtained by shooting the still water of an artificial lake turned into that undefined dense matter gently sparkling. A process of aimless transformation is at stake, involving light and sound through water in a whole sensorial experience, triggered by Simona Barbera’s soundtrack.

DANIELE DEL NERO (b. 1979, La Spezia, ITALY), Dancers. A dancer and a ballerina draw an ironic choreography of life in stop motion. Some black and white illustrations from an old dance handbook move until the final figure at the obsessive pace of a clock ticking. Daniele Del Nero’s clip is visible online at http://www.undo.net/2video

MASSIMO PALAZZI (b. 1969, Genova, ITALY), Vanishing point. The drawing reproduces an illustration taken from an Italian school book dating back to the Fascist era. Based on the geometric coincidence of the vanishing point with a war memorial standing in the end of the main street of a metaphysic village, it shows how death can be reduced to a simple exercise of central perspective.

TEO PIRISI aka MONEYLESS (b. 1980, Milano, ITALY), struttura berlino 01. Moneyless’ installations are based on the interaction between pure 3D line constructions and different sites, roughly textured by nature and time. His ephemeral stereographic forms are defined by thin strings, strong enough to suggest the presence of some volumes suspended in space. The clash of such precise intellectual constructions and the surroundings – usually ruined buildings and natural environments – enacts a puzzling combination of natural and artificial and impact on the viewer’s aptic perception of space.

THOMAS JAKOB REICHEGGER (b. 1973, Brunico (BZ), Süd Tirol, ITALY), Everything is going in the right way. By using site-specific interventions, sculptures and drawings, the work of Thomas Jacob Reichegger reflects on the notions of landscape and social context, often related to the local tradition of South Tyrol. On the occasion of This Is The End, the artist decided to adopt the fotoceramica, a traditional process used to transfer photographic portraits on ceramic to identify graves, to suggest the hypothesis of death as the ultimate orgasm. With the ecstatic attitude of his female and male portraits, Thomas Jacob reenacts the ancient relationship of Eros and Thanatos while winking at Catholic iconography.

INES TARTLER (b. 1969, Esslingen am Neckar, GERMANY), Dimming Piece. Ines Tartler’s site- specific interventions play with the interaction between architectural and urban context and individuals. The project she conceived specifically for this exhibition consists in a manipulation of the venue’s lighting, affecting the whole perception of the show. From being washed out by a stronger than usual lighting in the beginning, the room and the works on display will smoothly sink in the complete darkness thanks to a digitally operated dimming process that will eventually extinguish the light and let projections and screens on display glow in the dark.

FELICE SERRELI (b. 1974, Cagliari, ITALY) A tre metri dal cielo, Divisione, Ottagono distratto. The sculptures, photographs, drawings and videos of Felice Serreli focus on the use of delicate materials to visualize precarious and disordered structures, based on some kind of biomorphic formlessness that takes over any regular geometry. By letting transparent paper randomly overlap or by framing some cotton fiber, he formally and metaphorically challenges the idea unity and balance. Eventually boundaries are blurred: both the cut out shape and its negative paper leftover become form.

SUITE-CASE Francesco Cardarelli [b. 1981, Offida (AP), ITALY] Guia Del Favero [b. 1983, Genova, ITALY], A4 Photography has been dealing with death since its origin. In Suite-case’s work, the simple action of tearing a DIN A 4 sheet of paper acts as a plastic equivalent of an irreversible loss that is eventually denied by the illusion of an image. A slide projected on one of the exhibition walls temporarily recomposes that paper transfigured in light. A4 propose a definition of time that pivots on the instant making time before different from time after.

JAE UK JUNG (b. 1980, Busan, SOUTH KOREA), Take Place. The work of Jae Uk Jung is based on the making up of extremely fragile pieces of furniture, cast in plaster thanks to a sophisticated technique developed by the artist and performed with extreme meticulousness and patience. The installation presented in the exhibition features a series of extra thin tiles laid on the gallery floor that eventually will be reduced to a heap of debris by the moving visitors.