The project presents a range of artistic activities in public space, involving the city and its inhabitants. New actions taking place daily, from performances to installations to "guerrilla actions". At the heart of the project lies an intense debate about public space and the "participatory turn" within contemporary art. Around 20 collaborative and participatory works are planned, by Julien Bismuth, Clegg & Guttmann, Paola Pivi, Plural Art Collective feat, Gavin Turk and many others. 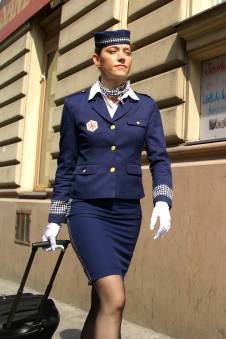 Following last year’s success, the exhibition project Playing the City 2 once again presents a wide range of artistic activities in public space, involving the city and its inhabitants in a variety of ways. From 8 to 26 September 2010, central Frankfurt will see new actions taking place daily, from performances to installations to "guerrilla actions". At the heart of the project lies an intense debate about public space and the "participatory turn" within contemporary art. Around 20 collaborative and participatory works are planned, some specially conceived for the project, by Nina Beier, Clarina Bezzola, Julien Bismuth, Clegg & Guttmann, Cosalux, Christoph Faulhaber, For Use / Numen, Swetlana Gerner, Jördis Hille, Christoph von Löw, Josef Loretan, Jan Lotter, Annika Lundgren, Lee Mingwei, Ivan Moudov, Anny and Sibel Öztürk, Paola Pivi, Plural Art Collective feat, Junge Deutsche Philharmonie, Reactor, Annika Ström, Leonid Tishkov, Gavin Turk and Vanja Vukovic. In parallel a project office, the "Zentrale", will be set up in the Schirn’s exhibition spaces, from where the project team will pursue its work in public, fine-tuning the website, answering questions on the exhibition, and organising and documenting all the activities.

Playing the City 2 can also be followed via the internet, in a digital extension of public space. The website developed for the project, www.playingthecity.de, assembles all the latest videos, texts and visual material, an exhibition calendar and a blog, and will also be networked beyond the physical venues via numerous social media networks. It is thus a catalogue, exhibition forum and platform for discussion all in one.

Playing the City 2 opens up public space as a collective, free arena that can be moulded, that questions its boundaries, and that involves its inhabitants. The site-specific actions take place within a time-limited framework in which they are produced and can be experienced, and in which production and reception are closely connected. The traditional definitions of a work and of its authorship are negated: both terms that have been questioned since the 1960s, not least through action art. Many of the works developed for Playing the City 2 can only be realised through the involvement of the public; whether they are actions that provoke fortuitous street confrontations or sculptures that invite use. But at the very least they are intended to create a confrontation and a dialogue with the – sometimes randomly generated – audience, and to transform public space into a playing field with rules that are tested collaboratively. Can the public space really be taken as a place of different opinions and voices? What constitutes public opinion? What do we understand by public space? These are some of the questions raised by the Playing the City 2 project.

The concept that Playing the City 2 realises, on various levels, is a continuation of the ideas of the major avant-garde movements of the twentieth century. In the early twentieth century, the Dada movement rejected "conventional" art and art forms as well as bourgeois ideals, taking to the street instead. It is also worth mentioning Guy Debord’s Situationism, which 50 years later still has a strong influence on the contemporary art scene, notably on "Public Art", and which has inspired theoreticians such as Michel de Certeau to define space as a "practised place" and to locate its significance in the activities taking place within it. The urban researcher Armando Silva argues similarly, differentiating the city into the architectural fact and a performance consisting of human interactions. For artists of so-called relational aesthetics, processes such as intersubjectivity and interaction are both the starting and endpoints of their artistic work. According to Nicolas Bourriaud, the utopian potential in developing artistic spaces in this way lies in being able to provide alternative forms of sociality, critique and happiness. They have all turned away from the transformative potential of grand narratives, and instead see opportunity for change in the direct encounter with people.

Playing the City 2 offers a look into the wide varieties of current participatory and collaborative art: one large-scale installation by the Austrian-Croatian design collective For Use / Numen fills the architecture of the Schirn with a walk-in cocoon of transparent adhesive tape. Since the installation can be experienced and entered, it becomes a fixed component and can be used as such by the inhabitants of public space. The installation by artist duo Michael Clegg & Martin Guttmann, "Open Debate Station, Frankfurt", questions the structure and function of public debates. They design a discussion platform that, through fixed furniture and established rules of play, becomes a place for a public, structured and fair exchange of opinions. In this work, the two artists refer both to the tradition of Talmudic interpretation and to the history of the Frankfurt School. The Italian artist Paola Pivi will engineer unexpected situations on Frankfurt public transport as part of her work: during rush hour, an individual actor first starts to sing a song, and then gradually – apparently at random – more musicians will join in, singing or playing instruments, thereby disrupting the everyday situation of a silent trip by bus or tram.

The title of Annika Lundgren’s project, "The Stock Is Rising", is a historical reference to a 1967 action, in which a group of 20,000 peace demonstrators led by Abbie Hoffmann gathered before the Pentagon in Washington D.C. and sang loudly to drive evil spirits from the building, as part of a protest against the Vietnam War. The action planned by Lundgren for Playing the City 2 is a response to the international financial crisis and will start by publishing information on the website www.stockisrising.com about the action, about Abbie Hoffman, about levitation as a form of parapsychological practice in which the pure force of thought overcomes the gravity of objects, and about the financial crisis. On 21 September 2010, between 15:00 and 17.35, participants in the action will gather in front of the Alte Börse (former stock exchange) in Frankfurt, and make the building hover. This action will be networked worldwide via the website.

The remaining actions also use various means and media in order to intervene in urban space (e.g. Nina Beier, Vanja Vukovic and Julien Bismuth), to question social structures and processes (e.g. Ivan Moudov), or to set up forms of cooperation and interaction between the artists and the general public in Frankfurt (e.g. Clarina Bezzola, Lee Mingwei, Leonid Tishkov and Reactor). One important feature of the actions and activities is their time-limitation: when the project is over, the individual works will be documented through photographs and film on the website, while their traces in public space will gradually disappear.