The 29th Bienal is anchored on the notion that it is impossible to separate art from politics. In this sense, the title chosen ''There is always a cup of sea to sail in'', a quote of the Brazilian poet Jorge de Lima, singularly asserts that the utopian dimension of art is contained within itself, not without it or beyond it. The exhibition will display works by approximately 160 artists from all over the world, it proposes to be a multi-faceted project where art is a means to get to know and change the world in a unique manner. 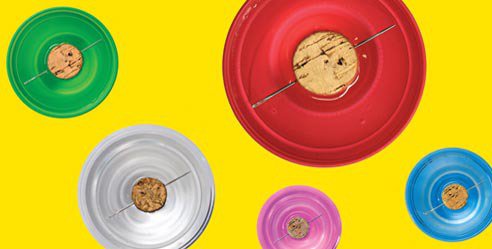 The 29th Bienal de São Paulo is anchored on the notion that it is impossible to separate art from politics. Such impossibility is expressed in the fact that art, through ways of its own, is capable of blocking the sensorial coordinates through which we understand and inhabit the world by bringing into it themes and attitudes that did not previously fit in, thus making it different and wider.

The choice of this organizing principle for the 29th Bienal de São Paulo curatorial project rests on two major reasons. Firstly, because we live in a world of diverse conflicts, where sociability paradigms are being constantly challenged and on which art stands as a privileged means of understanding and, at the same time, reinventing reality. Secondly, the movement towards bringing art and politics closer together has been so intense in the past two decades that again emphasis should be placed on the uniqueness of the former over the latter, as they are very often confounded to the point of indistinctness.

In this sense, the title chosen for the 29th Bienal de São Paulo "There is always a cup of sea to sail in" - a quote borrowed from the Brazilian poet Jorge de Lima’s major work Invenção de Orfeu (1952) – singularly epitomizes what the forthcoming Bienal de São Paulo edition seeks to achieve: to assert that the utopian dimension of art is contained within itself, not without it or beyond it. It is in the "cup of sea" – or in this near infinite where artists insist on producing their works in – that in fact lies the power to move forward, despite everything else. As Jorge de Lima’s poem goes "the power to sail on even without ships / even without waves and sand."

As a space where this commitment resonates in many different ways, the 29th Bienal exhibition will put visitors in touch with ways of thinking and inhabiting the world that go beyond the consensus building that organizes it and make it a small place to live, where not everything or everyone fits in. The 29th Bienal will bring visitors in touch with the politics of art.

Therefore, it is the 29th Bienal de São Paulo’s intention to be at once a celebration of art making and an assertion of its responsibility before life; a moment of disconcerting the senses while generating knowledge that is nowhere else. For this reason, it intends to instill its audience with the sensitive experience that emerges from the mesh of displayed works and their ability to critically reflect the world in which they are inscribed. In short, to provide examples of how art weaves a politics that is deeply entrenched into it.

The 29th Bienal de São Paulo is curated by Moacir dos Anjos and Agnaldo Farias and by a team of guest curators from various backgrounds who contribute their experience to the curatorial project, so that its reach and density are on par with the international vocation of the Bienal de São Paulo at its very inception. And they are: Fernando Alvim (Angola), Rina Carvajal (Venezuela / USA), Yuko Hasegawa (Japan), Sarat Maharaj (South Africa / UK), and Chus Martinez (Spain).

The Exhibit within Place and Time

The curatorial project described herein does not exhaust itself merely in the presentation of an articulated set of works of art, even though they are clearly its core and purpose. Nor does it limit itself to the dates when the exhibition will take place. The 29th Bienal de São Paulo will be extended into different parts, starting now, through its educational program, discursive activities, art residencies, and its website. It proposes to be a multi-faceted project where art is a means to get to know and change the world in a unique manner.