In his 1851 novel Scenes de la Vie de Boheme, the French author Henri Murger created the image of the artist as an outsider who, in the midst of the middle class era, lived in romantic poverty. Right in the middle of the period when the legend of Bohemia grew to bolster the artist's feelings of self-assurance came the invention of photography. Just how strong this colourful approach to life was among the authors, painters and even the photographers themselves is reflected by photographic mises en scene, which will be featured in the exhibition at Museum Ludwig. 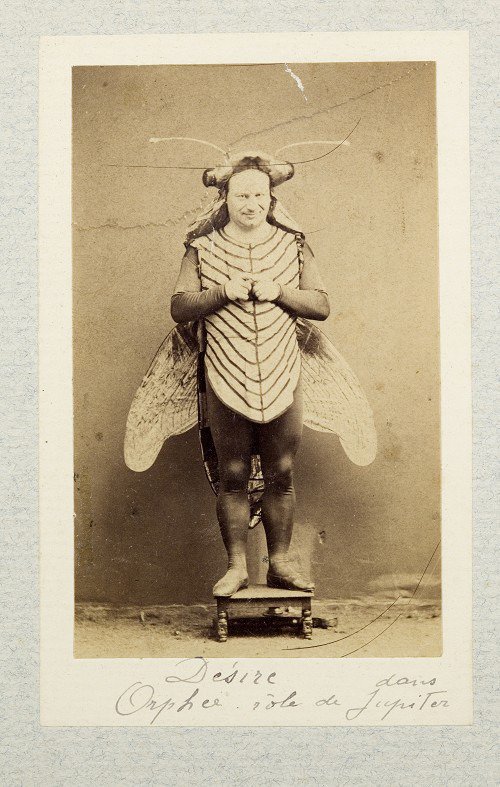 "Bohemia is the first stage in artistic life; it is the preface to the Academy, the hospital, or the Morgue."

With these words French author Henri Murger characterised the phenomenon in his 1851 novel Scènes de la Vie de Bohème: as a transitional stage which provokes and fascinates by a way of living that contravenes the norm. The image of the artist as an outsider who lived in romantic poverty in the bourgeois age came to be viewed through rose-tinted glasses and elevated to undying popularity by Puccini's opera based on Murger's original text. That Bohemia became synonymous with the 19th century artist who was at the mercy of an anonymous market and compelled to hawk his skills in order to survive. Right in the middle of the period when the legend of Bohemia grew to bolster the artist's feelings of self-assurance came the invention of photography. Just how strong this colourful approach to life was among the authors, painters and even the photographers themselves is reflected by photographic mises en scène, which will be featured in this exhibition at Museum Ludwig.

They begin in the 1840s with exposures from the dawn of photography: Louis Alphonse de Brébisson for instance staged in around 1842 a group of friends painting and playing music, stylising them as the quintessence of a romantic group of Bohemians. The span ranges from the earliest Daguerreotypes to stunning portraits by Nadar and on to the artist's banquets in the 1920s, and traces out the idea of Bohemia in photographed portraits and often lavishly choreographed mises en scène. A special place is given to the portraits by Felix Tournachon, named Nadar, who was not only a leading member of the Parisian Bohemia, but who also staged friends and contemporaries such as Charles Baudelaire and Gustave Courbet in his legendary portrait gallery.

Similarly fruitful was the collaboration between David Octavius Hill and Robert Adamson, whose stagings in photographs such as Edinburgh Ale were aimed at positioning themselves close to the artistic Bohemia. Historical pageants and so-called tableaux vivants tell of the lengths people went to dress up for the artists' and the Quatre Arts balls in the nineteenth century. Also on show will be numerous stylised portraits staged according to historical models by David Wilkie Wynfield, a Pre-Raphaelite photographer, and Julia Margaret Cameron. Paris remained the capital of the arts and artists, and so it is the self-stagings from around 1900 by the artists of Montmartre andMontparnasse, such as Modigliani and Picasso, that testify to the sheer will to style. Likewise the figure of the dandy rose up amid this milieu in 19th century France, and was given a very personal twist in the self-stagings of the Pictorialists, not least in the ambitious photographs of Alfred Stieglitz, say, or Frank Eugene Smith.

The outlandish costumes in which the author Pierre Loti dressed up and the studio scenarios created by among others Alphonse Mucha were also directly imbued with typical French flair. No less imaginative and opulent were the artists' parties of the Roaring Twenties, as exemplified in photographs shot at the Malkasten Düsseldorf, in Cologne, Hamburg, and at the Bauhaus in Weimar and Dessau, by major photographers such as August Sander or T. Lux Feininger. In the present digital era almost everyone has the possibility of documenting their self-stagings and spreading them round the globe. And many of the unconventional presentations reveal that the myth of Bohemia has lived on - despite all of the wars and catastrophes of the 20th century.
Prof. Dr. Bodo von Dewitz