Bitomsky reflects on his film subjects as symptoms of their time, subjecting them to social and political inspection. In often elaborate montages, essayistic film compositions emerge that can be minimalist, poetic, or objective, and a further perspective is added by the soundtrack, composed by the director himself, and the off screen commentary. On show the large-scale, room-filling film-sound installation Shakkei: Geborgte Landschaft (Borrowed Landscape). 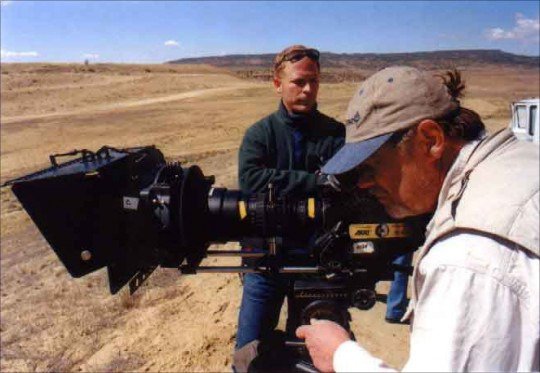 Neuer Berliner Kuntstverein presents the work of Hartmut Bitomsky for the first time in an art institution. Bitomsky is considered one of the most outstanding German filmmakers today, and enjoys an international reputation. He has made more than 40 films, some of the best known include the films of his Germany trilogy: Deutschlandbilder (Pictures of Germany, 1983), Reichsautobahn (1985), and Der VW Komplex (The VW Complex, 1988). He was awarded the Grimme-Preis for Reichsautobahn and for Der VW Komplex.

Bitomsky reflects on his film subjects as symptoms of their time, subjecting them to social and political inspection. In often elaborate montages, essayistic film compositions emerge that can be minimalist, poetic, or objective, and a further perspective is added by the soundtrack, composed by the director himself, and the off screen commentary. Bitomsky’s more recent films look at our so-called “post-industrial” future, where film has a different future than it has until now: “The cinema in the past 100 years has faithfully accompanied the industrial age. And now we have to be prepared for the fact that a certain kind of filmmaking, a certain way of recording the gaze on the world, is coming to an end.” (Hartmut Bitomsky).

At Neuer Berliner Kunstverein, Bitomsky has staged the large-scale, room-filling film-sound installation Shakkei: Geborgte Landschaft (Borrowed Landscape). Previously unseen film and sound material from his films Staub
(Dust, 2007) and B-52 (2001) is recycled and elaborately montaged together respectively. He was inspired by the Japanese shakkei, which stands for the “borrowing” of a landscape. Japanese gardens are often planned so that a found “natural” landscape is connected with designed elements. In the act of behold, the natural and designed elements fuse. The procedure of recycling and returning material back to a context of use in the new economy of images is the starting point for the n.b.k. film landscape, for which Bitomsky rediscovers his own material and creates a new whole.

The film B-52 (2001) begins with a 360 panorama shot to get an exact notion of the physis of the subject: the military plane B-52. The large airplane was constructed for the Cold War, and was used in Vietnam and long after the end of the Cold War in Iraq as a bomber. The long-distance jet plane was the prototype for large planes for passenger travel. In the film, the B-52 becomes a metaphor for modern warfare and is the starting point for an engagement with US American world policy at the end of the twentieth century as well as the struggle for global hegemony and nuclear superiority. The film Staub (2007) was selected for the Venice Film Festival. Bitomsky was inspired to work on this subject while working on the film B-52. In the American desert, the team was frequently hindered in their work by “dust devils,” miniature tornados. The charm of this free subject, which allowed him to let himself go with the subject, led ultimately to Staub. Bitomsky’s filmic-associative essay understands the term “dust” as a term for an aggregate state, that refuses human control and yet is ultimately subject to the drive towards domination. Dust thus becomes a medium for sociocultural, political, and philosophical considerations.

Book series “n.b.k. Exhibitions”
On the occasion of the exhibition, a publication will be published by Verlag der Buchhandlung Walther König, Cologne, with texts and materials by Hartmut Bitomsky.

Image: Hartmut Bitomsky during production of B-52 (2001), Photo: private