The final show of the trilogy exhibitions / North Dakota 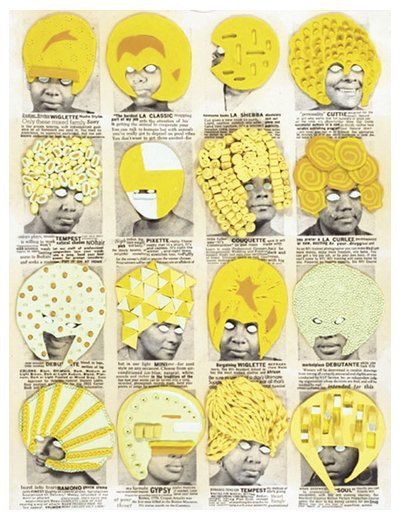 Huckleberry Finn is the third show in a trilogy of Wattis Institute exhibitions that are based on canonical American novels. In 2008, The Wizard of Oz revealed layers of political symbolism and escapism, while in 2009, Moby-Dick delved into the seemingly futile struggle between good and evil. In 2010, Huckleberry Finn will look at Mark Twain's investigation of racial tensions in America through an international lens. All three stories have major themes related to exploration and (self)discovery, and the corresponding exhibitions function as metaphorical journeys through which the audience experiences various notions of America's reality, both contemporary and historic. Established and emerging contemporary artists from around the world are invited to address the key themes of the books and the historical moments in which they were written. Many of the artists create new commissions specifically for the shows.

This investigation of America and its realities through the lens of literature by means of artworks, artifacts, and historical documents is unique to the Wattis Institute. Huckleberry Finn will encompass a wide range of works, including painting, sculpture, film, video, drawing, and photography.

Through the lens of Adventures of Huckleberry Finn, this exhibition addresses issues of racism, the violent history of slavery, and struggles for equality. The first floor provides an introduction to the novel through ephemera such as first editions, reviews from the book's initial publication, photographs of Mark Twain, and the 1920s silent film adaptation. Historical artifacts and artworks generate a portrait of the American South and African-American life under slavery. The second floor is entirely devoted to newly commissioned and contemporary artwork that reflects upon themes from the book. The resulting narrative provides viewers with a sense of the book's history, a portrait of the time it was written, and contemporary reflections on the controversial work.

2010 marks the 125th anniversary of the first publishing of Adventures of Huckleberry Finn and the 100th anniversary of Mark Twain's passing. Since 1885 when the novel was first released, it has been consistently censored in libraries and schools for its repeated use of racial slurs and its arguably ambiguous depiction of Jim, an African-American slave. While it is counted as one of the most important works of American literature, it still tops the banned book list in America, revealing that its underlying issues of intolerance, racism, and struggles for equality are not things of the past, but still vividly alive in our society. Adventures of Huckleberry Finn is not a relic, but a living reminder of the problems of racism that still riddle our society.

The Wizard of Oz, Moby-Dick and Adventures of Huckleberry Finn all conjure up romantic nostalgia for the American dream, where freedom and adventure perpetually lie on the horizon. Taken at face value, Adventures of Huckleberry Finn chronicles the epic adventure of a boy Huck and his loyal friend Jim as they raft down the Mississippi river. They meet rapscallions, narrowly dodge family feuds, and deepen their burgeoning friendship, all while helping Jim reach freedom. Looking further into the narrative, it is a portrait of the time and an intimate look at a young boy's self-education. While many have charged Twain with racism because of his repeated use of racial slurs in the novel, this reading is an oversimplification. Though slavery had been abolished when Adventures of Huckleberry Finn was published, Jim Crow laws were an ongoing and violent form of oppression. Twain's portrait of the South in the 1830s details the hypocrisy of racism that continued through his time and ours.

The United States themselves are essentially the greatest poem.
—Walt Whitman

Through artworks, historical artifacts, curiosities, and other elements, Americana will focus on overlooked and little-known aspects of each state. All presentations take place in the same exhibition space, which is configured in the shape of the continental United States.

Americana examines the states as they are today, looking at how America's social and political imperatives condition the production, presentation, and interpretation of art and exhibition making. The brisk pace of the 50 displays reflects the varied and constantly changing fabric of this relatively young country and its multilayered, shifting national identity.

The title is a reference to an exhibition of the same name that was curated by the artist collaborative Group Material at the 1985 biennial of the Whitney Museum of American Art, New York. Group Material also focused on art and elements of mass culture that they understood as overlooked, forgotten, and outside the mainstream in order to investigate critically how museums and exhibitions assist in the formation of American identity.