Turning the World Upside Down 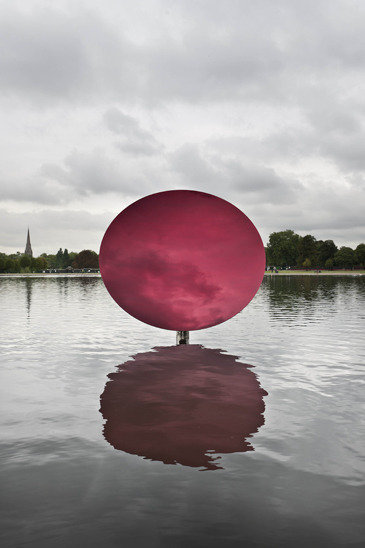 An exhibition organised by The Royal Parks and the Serpentine Gallery

This autumn The Royal Parks and the Serpentine Gallery will present a major exhibition of large scale outdoor sculptures by acclaimed London-based artist Anish Kapoor in Kensington Gardens.

The free exhibition will showcase a series of major recent works never before shown together in London. Constructed from highly reflective stainless steel, the giant curved mirror surfaces will create illusory distortions of the surroundings and will be visible across large distances, creating new vistas in this famous and much- loved setting.

The sculptures will be sited to contrast and reflect the changing colours, foliage and weather in Kensington Gardens. Despite their monumental scale, the works appear as pure reflection of their surroundings: the sky, trees, water, wildlife and changing seasons. The distortions in the works’ mirror-like surfaces call into question the viewers’ relationship to both the work itself and the surrounding environment.

Mark Camley, Chief Executive of The Royal Parks said: “The arts have always been an important part of The Royal Parks and we are delighted to be working with such an acclaimed artist as Anish Kapoor and with the respected Serpentine Gallery on this ambitious exhibition. We hope to build on the achievements of this project in the future and develop a regular programme of prestige exhibitions in our wonderful spaces.”

Kapoor was born in Bombay in 1954 and has lived in London since the early 1970s when he studied at Hornsey College of Art and Chelsea School of Art and Design. Over the past twenty years he has exhibited extensively in London and worldwide. His solo shows have included Royal Academy of Arts, London, 2009; Institute of Contemporary Art, Boston, 2008; Haus der Kunst, Munich, 2007; Kunsthaus Bregenz, 2003; Hayward Gallery, London, 1998 and Tate Gallery, London, 1990.