Images of the Uncertainty 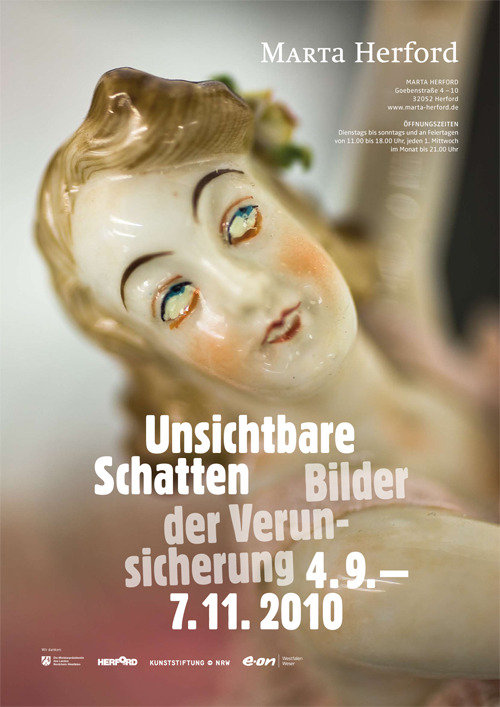 Crisis, what crisis? Both positive and negative events come, go or cast their shadows, much as does the flood of information, comments and prognoses that accompanies them — but the perceived pace seems to be quickening. However, newspapers, television or the internet fail to mention the indescribable growing sense of foreboding which is developing somewhere in between. Vague fears, barely palpable anxieties and underlying threats shape an attitude to life that has lost a lot of its serenity somewhere between a changing present and an uncertain future.

In an extensive exhibition Marta Herford attempts a slightly different diagnosis of our times. Once again, the artistic response to these suppressed or barely conceivable changes proves to be particularly sensitive without literally painting a black picture. Especially in recent times there has been a development towards a diverse and by no means only gloomy artistic outlook. The show “Invisible Shadows” comprises “Images of Uncertainty”. In these works the shadows of our times do not primarily appear as hard contours or nightmarish visions but as diverse facets which intentionally abstain from any current, obvious or one-dimensional portrayals of the crisis.

Furthermore, history shows that since the 19th century, modern middle-class societies have repeatedly experienced similar states of change and feelings of insecurity which hover somewhere between an unsettled past, hope inspired by progress and fear of the future. In order to demonstrate these connections, the wide range of contemporary artworks has been supplemented by five outstanding artistic and historic moments. Highlight of this presentation is Paul Klee’s legendary work “Blau Mantel”.