'James Ensor. Hareng Saur: Ensor and Contemporary Art' is one of a series of events in Belgium and abroad to celebrate the 150th anniversary of the birth of James Ensor (1860-1949). It takes a distinctly different approach by associating Ensor with the work of contemporary artists. Paul Hendrikse builds on existing cultural and artistic legacies. His starting point for 'A Vague Uneasiness' is the legacy of the Cameroonian poet Louis-Marie Pouka-M'Bague. The artist takes Pouka as his guide in the Cameroon of the first half of the 20th century and the culture of the French colonists. 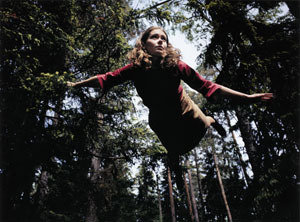 The S.M.A.K. and the Museum of Fine Art in Ghent are joining forces to programme 'Hareng Saur: Ensor and contemporary art'. This exhibition is one of a series of events in Belgium and abroad to celebrate the 150th anniversary of the birth of James Ensor (1860-1949). It takes a distinctly different approach by associating Ensor with the work of contemporary artists.

Hareng Saur: Ensor and contemporary art takes a new step in the approach to Ensor’s oeuvre. The exhibition shows that Ensor has retained his topicality even on today’s art scene. He is taken out of his historical context and approached decisively as a timeless artist whose themes and technique are inseparably linked to the practices of many contemporary artists. Even at the start of the twenty-first century, Ensor’s subjects and points of view remain resoundingly up to date. Such subjects as the mask and the grotesque, social critique, the self-portrait, the identification with Christ, the masses, satire and death have after all lost none of their relevance in contemporary visual art. The exhibition makes unexpected links and demonstrates that in his visionary oeuvre Ensor pursued a goal that connects him to numerous contemporary artists.

James Ensor (1860-1949) can without hesitation be considered one of the most pioneering artists of the late nineteenth and early twentieth centuries. Recent retrospectives in Paris and New York have confirmed his international importance, but this is by no means new. The international avant-garde already acknowledged Ensor as a pioneer of modern art during his lifetime, witness the visits to his studio in Ostend made by such figures as Wassily Kandinsky, Emil Nolde, Max Pechstein and others.

The title of the exhibition comes from Ensor’s painting Squelettes se disputant un hareng saur (Skeletons fighting over a pickled herring). The title is an example of Ensor’s unique wordplay (‘(h)ar-eng saur’ = ‘art Ensor’), illustrates his very personal humour and at the same time shows that his work contained several layers. The title also contains a concealed reference to the fact that Ensor’s work led to controversy among critics during his lifetime. At the start of the twenty-first century his oeuvre provides just as much reason for discussion of its meaning and influence. Hareng Saur: Ensor and contemporary art contributes to a better understanding of his place in the development of present-day art by showing his work alongside that of other artists in a clear, open and vivid exhibition.

In addition to an extensive selection of Ensor’s work (paintings, drawings and prints), the exhibition also includes contemporary kindred spirits and counterparts in the genres of painting, sculpture, video, installation, performance, drawing, etc. Each of these works is shown in a context where a limited number of works by Ensor is shown as a point of departure. This gives rise to an interaction in which connections are made, confrontations entered into and nuances distinguished.

Hareng Saur: Ensor and contemporary art will be on simultaneously in the S.M.A.K. and the Museum of Fine Art in Ghent. The organisation of the project is under the joint supervision of the directors of the two museums, Robert Hoozee and Philippe Van Cauteren; the exhibition is curated by Johan De Smet and Ronald Van de Sompel.

The exhibition will be accompanied by a catalogue that takes an in-depth look at the two angles: contemporary art from an Ensor perspective and vice versa.

The ‘Hareng Saur’ exhibition will be launched with a free opening. But there is more! On the opening day of ‘Hareng Saur’ the master will exchange his stylish residence in the MSK for a temporary stay in S.M.A.K. Accompany Ensor on this crossing, join the festive and artistic procession and receive an exclusive participant certificate.

The Dutch artist Paul Hendrikse (1977, Terneuzen) builds on existing cultural and artistic legacies. His starting point for "A Vague Uneasiness" is the legacy of the Cameroonian poet Louis-Marie Pouka-M’Bague. The artist takes Pouka as his guide in the Cameroon of the first half of the twentieth century and the culture of the French colonists. He interweaves a hypothetical fiction and a dubious history to form a parallel reality.

Louis-Marie Pouka-M’Bague (1910 – date of death unknown) advocated the assimilation of the Cameroon people into the culture of the French colonisers. Convinced of the superiority of the French culture and lifestyle, he himself moved to France in 1940. However, French society did not fulfil his idealistic expectations and he returned disillusioned to Cameroon in the 1950s. His poems, previously an ode to French culture and ideology, then became characterised by a ‘vague uneasiness’ and a questing style of writing. Hendrikse is producing a new series of works for S.M.A.K. (an installation with slide projection, an architectural intervention and photos from the Photographic archive of the German Colonial Society, University Library of Frankfurt, among others) in which he enters into dialogue with the life and work of the Cameroon poet.

The work of Hendrikse often arises out of a fascination with a person who occupies a speculative or overdetermined place in history. This person is deployed as a guide and leads Hendrikse to undertake a journey or actively generate an experience. His projects are mostly the result of extensive research and intense artistic collaboration with photographers, authors, actors, philosophers and so on. The Last Acquisition (2007) took as its starting point the legacy of Lode Craeybeckx (1897-1976), socialist mayor and founder of the Middelheim Museum in Antwerp. In this performance, the artist combined the collection of the Middelheim into a single all-encompassing work. It formed part of a chain of mutually corresponding works centred on the fictional closing of the museum at the beginning of the 1990s. The series concludes with the audio work Middelheim, The Interviews (2008), produced for the Austrian ORF Kunstradio. In this work, Hendrikse constructs a fiction which corresponds so closely to reality that it becomes a parallel reality in itself.

In Hauntology of Smoke and Ochre (2009/2010), which consisted of an exhibition, a book and a performance, fictions were also grafted onto a reality that was itself already uncertain. The starting point for this project was the life of the South African author Ingrid Jonker (1933-1965) and the way she was mythologized after her death. Hendrikse does not make the analysis of this a central feature of his work, but instead uses the politicised and highly mediatised character of Jonker as a support for an investigation into the interwoven vectors of history, biography and mythology. Hendrikse is primarily interested in Jonker’s symbolic value and the way her history was and still is being constructed, not least in the context of South African nation-building.