The complete installation of Tracey Moffatt's Montages (1999-2010). Shown collectively for the first time, the series of seven videos explores emotionally charged tropes of the film industry. For 'Pangaea' Bosco Sodi creates paintings that explore the areas where nature and human merge and that seek the beauty behind destruction. Orange Tree is a 20 foot steel sculpture created by Alexandre Arrechea, with multi-limbed basketball hoop "branches" surrounded by scattered basketballs. 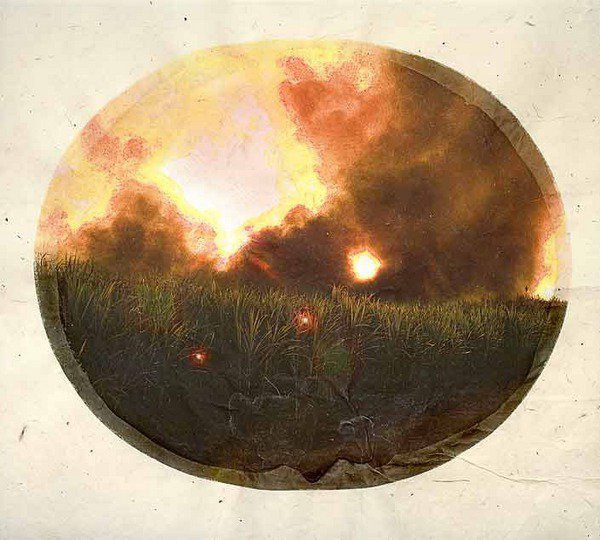 The Bronx Museum is proud to present a complete installation of Moffatt's Montages (1999-2010). Shown collectively for the first time, the series of seven videos explores emotionally charged tropes of the film industry, relating to such themes as motherhood, race, love, and the artistic practice.

The title Pangaea, from the Greek pan (entire), and Gaia (Earth), refers to a super continent that existed about 250 million years ago before Earth was separated into its current configuration of different continents. Born in Mexico City in 1970, Sodi lived in Paris, Barcelona, and Berlin before arriving in New York, and maintains studios in Berlin, Barcelona, Mexico, and New York. Sodi creates works that explore the areas where nature and human merge and that seek the beauty behind destruction. His pieces impart a heightened sense of spirituality through materiality, while at the same time transcending material properties. As materials available vary among locations, each of his paintings is uniquely linked to the place in which it is created; Pangaea was painted in the artist's New York studio.


Founded in 1971, The Bronx Museum of the Arts is a contemporary art museum that connects diverse audiences to the urban experience through its permanent collection, special exhibitions, and education programs. Reflecting the borough's dynamic communities, the Museum is the crossroad where artists, local residents, national and international visitors meet. The museum’s home on the Grand Concourse is a distinctive contemporary landmark designed by the internationally-renowned firm Arquitectonica.

OPENING RECEPTION FOR NEW EXHIBITIONS AT THE BRONX MUSEUM OF THE ARTS
THURSDAY, OCTOBER 28TH, 5 – 8PM