Smooth Structures is an international group exhibition developed by the Rotterdam based artist collective, Enough Room for Space (ERforS) in association with SMART Project Space. The exhibition explores the unexpected intersections between a new dark matter and dark energy hypothesis and its conceptual visualization mediated through art. Scientists weave incredible stories, invent wild hypothesis and ask difficult questions about the meaning of life. 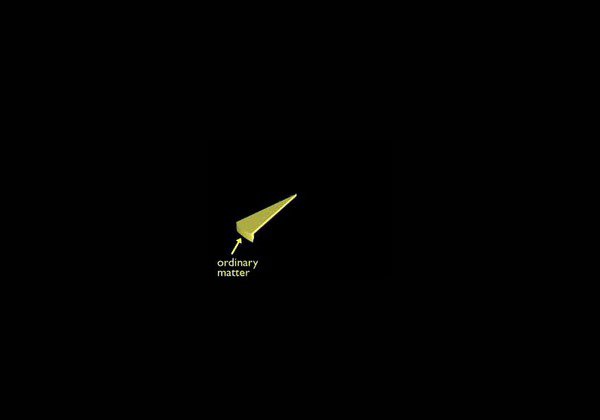 Smooth Structures is an international group exhibition developed by the Rotterdam based artist collective, Enough Room for Space (ERforS) in association with SMART Project Space. The exhibition explores the unexpected intersections between a new dark matter and dark energy hypothesis and its conceptual visualization mediated through art.

Scientists weave incredible stories, invent wild hypothesis and ask difficult questions about the meaning of life. They have insights into the workings of our bodies, minds and environment which challenge the myths we make about our identities and selves. They create visual images and models of things that are ethically and politically controversial. A great deal of contemporary art requires a similar facility for the making of unusual connections or unpredictable juxtapositions between disparate objects and concepts, a strong sense of paradox, irony, of humour or a way with manipulating the unexpected twists and turns of narrative.

The mathematician Martin Lo who discovered the Interplanetary Superhighway (1), a revolutionary model which changed space travel forever, is currently researching the “Brans’ Conjecture” theory with several other scientists. Lo invited Enough Room for Space to create a visualization of such a hypothesis. Its links with other worldliness suggest underlying meanings beyond the merely visual or verbal and confronts us with the idea of the sublime, though not a simple wonder at the overwhelming beauty of an endless darkness and search for truth, but a desire to control and own it indicative of our confident expansion into space and the persistent need to colonise.

As most astronomers agree, the universe is made from three parts: normal matter-energy, dark matter and dark energy. Normal matter consists of atoms, which form the building stones to stars, planets, human beings and all other things visible in the universe. The exact definition of dark matter and dark energy, however still remains an unresolved problem for scientists all over the world. Its existence was discovered by Fritz Zwicky in 1933. Its presence is necessary in order to explain various cosmological phenomena. In the concordance-model, which is generally accepted by science and frequently used to describe the universe, 74% of its contents is made from dark energy, for 22% dark matter and 4% is normal matter-energy.

Although there is much scientific research on dark matter and dark energy – for example, the Large Hadron Collider and the NASA Joint Dark Energy Mission - such hypothesis attempt to define actual dark matter, as a substance which can be categorised under the atomic law of physics. The “Brans’ Conjecture” theory however departs from the idea that dark matter is no matter at all, but rather a different way in which reality presents itself. It is created by a topological phenomenon of space time, called exotic smoothness. In our world (everything we can see around us), an object has one kind of smoothness. In another region of space time or in a different dimension, an object can have multiple kinds of smoothness (exotic) and can appear to have extra forces, embodied by dark matter and dark energy. Nothing new is added, it just appears in a different way. Since the presence and effect of dark matter can only be seen in the 4th dimension and those beyond, the hypothesis introduces a rather simple change in perception, comparable to changing glasses. Some glasses for example, allow you to see objects and people and other glasses allow you to see heat or electrical waves. If we could only develop the right kind of glasses, we could see dark matter and dark energy.

In relation to the “Brans’ Conjecture” theory, artists were invited to create new works for the exhibition Smooth Structures. Since the theory is hypothetical in nature and with many tangents, it was left open for the artists themselves to discern which theory they could use to visualise dark matter or dark energy. In order to work with this very abstract given (that 96% of the universe is not accounted for) the artists tackle the problem in a myriad of ways, developing alternative glasses through which one could look at the world or by making them so big that other phenomena became part of the equation.

Toril Johannessen for instance makes use of analogies between both the scientific and capitalist market interpretation of expansion and abstraction. Through graph plots she shows how these very words are used in various economic, physics and art historical documents. The absurdity of a crafted wooden office chair - that would appear to be venerating at the foot of the graphs, or has been overturned by the Chaos theory - gives another hypothetical dimension and pulls you right into the impossibility of infinite growth.

Erick Beltrán defines different interpretations of knowledge systems. With students from the Gerrit Rietveld academy, he will analyzes different forms of information ranging from symbols to diagrams, methodologies in history for visualizing information, and the creation of tools to achieve images of dark matter and dark energy.

Maarten Vanden Eynde creates an installation in which the (past) presence of dark energy can be seen or felt. By entering and taking position inside the work, the spectator takes position at the center of the force, as if their sheer presence pushes the metal poles outwards until they bend under enormous physical force. By contrast, he presents a small wooden sculpture on a pedestal. One side of the timber is planed square, the other side is inflicted like a burned lump or black tumor, like a stick dipped in dark matter. This negligible but significant pivotal object is surrounded by a vast wall drawing by Rinus Van de Velde who allegorically translated the material of dark (charcoal) powder, through the use of surrealistic imagery, into an historical representation of the search for dark matter and dark energy.

Martijn Hendriks' contribution consists of a series of works that address issues of abstraction, process and language. He looks for shared ideas flanked between abstract art and the discourse on dark matter; markedly the projection of meaning onto unknown matter, obscurity, optical distortion and intersection, the collision of mutually exclusive perspectives, and the reflection of one thing in another. He approaches these subjects through a relentless examination of the language of abstraction in video, sculpture and print-based works.

Mungo Thomson inverts the universe in his Photo-luminescent ink on paper prints, creating subtle images that reflect the virtual impossibility to see anything at all. All the covers from TIME magazine are projected one after the other at 30 frames per second, presenting a dazzling, stroboscope of time experience.

Marjolijn Dijkman took the current dominant model of the universe (74% dark energy, 22% dark matter and 4% ordinary matter) and visualized alternative models to represent the same figures. Depending on the use of different colours or shapes a new and equally coordinated and complete universe emerges. This could be the final conclusion: These works are both abstract and cerebral and make our minds work hard to accommodate ambiguities, feelings and intellectual ideas, including of course the musings on scientific discoveries.

To put it in theological terms “though art does not belong to the order of revelation” as expressed by Emmanuel Levinas in 1948, the arts can help communicate through visualizing, abstracting, storytelling, representing and ceaseless reinterpretation on their own terms, as well as those in science as indications of human achievement and communication as rational discourse and the presentation of empirical evidence, and we can and should accommodate both forms of knowledge.

(1) The Interplanetary Superhighway is a collection of mathematically defined pathways (energy lanes) through the solar system that allows an object or spacecraft to move much faster without using additional fuel or impulse. These energy lanes are the connections between the L-points (named after Lagrange) that are situated around every planet. About five points surrounding each planet mark a tiny zero-gravitation point where a stationed object is equally drawn towards all surrounding planets, creating an absolute standstill.

In a similar way Enough Room for Space (ERforS) uses existing relations between different entities (organisation, people and locations) as energy lanes in order to move around the world. ERforS stimulates the connections between different entities and organisations to create temporary L- points through mutual collaboration: a moment of concentration and focus on a certain area or topic. This enables ERforS to organise projects using combined energy and create unusual and non-existing connections between existing organisations and institutions.