The work of four topical artists 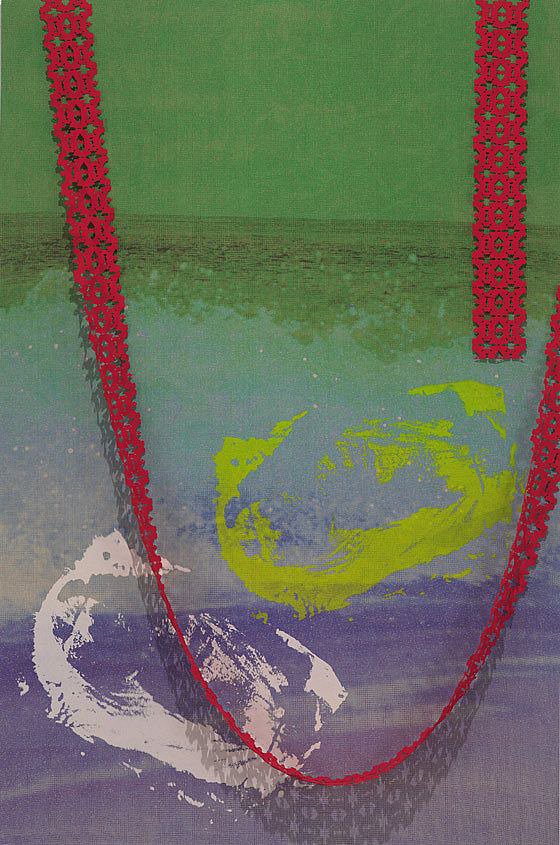 This year’s last exhibition at Bergen Kunsthall presents the work of four topical artists who, viewed as a group, show clear affinities in their attitudes to the production of art. This is not a traditional thematic exhibition, but rather a presentation of individual artists who invite both parallel and contrary readings in the encounters that arise between the works.

Painting constitutes the shared platform around which the exhibition revolves. The four artists so to speak filter their whole multifaceted praxis through painting, although none can be simply and unequivocally placed in a conventional narrative about painting as a medium. The works in the exhibition can often be read both as conceptual institutional analyses and as formal objects. Painting becomes an unresolved category, and a locus of continuous negotiation with art history, theory and contemporary practices.

The exhibition will concentrate on works on canvas and panel in the traditional sense, while at the same time opening up avenues for understanding the concept of ‘painting’ as a complex system of signs where ‘the painterly’ can be played out both within and outside the surface of the painting. The surface of the painting becomes a kind of interface with visual signs that constantly point out beyond themselves, to where distractions are never far off. There is always something that disturbs the immediacy of the painting and its potential for contemplative calm. Underlying references and elements in the pictures keep directing the attention away, often to many different places at once. Through the activation of many parallel layers of meaning, a network of relations and connections arises and invites an open reading.

In the exhibition, painting is also understood as objects – in the sense of physical things – in a cycle. The works emphasize their own context of production and reception as well as the distribution apparatus into which the painting is channelled; from the genesis of the work in a studio to a nomadic existence in transport crates, hanging on gallery walls or in the home of a collector, perhaps to end up hidden away in a museum basement. A number of contemporary painters have absorbed this institutional framework, and made it part of their painterly praxis. By subsuming all these contexts painting can form a basis for reading multiple meanings into the way we see art today. What you see is never just what you see.

R.H. Quaytman’s paintings involve many of these levels of meaning. With their impressive craftsmanship, Quaytman’s paintings never come to rest in themselves, but constantly refer to something outside the frame of the picture. The artist thinks of the content less as biographical than as home-made or self-invented art history in which to situate the ideas the paintings express. The artist organizes the paintings as an ongoing book with each exhibition being a new chapter – for this exhibition Quaytman will present chapter 19.

Since the eighties Michael Krebber has been a highly influential actor on the art scene, with his peculiar, almost cynical humour and commentary art. The painter has always been the figure through whom Krebber has oriented his praxis, but without at any time letting himself be labelled with a particular school of thought, or with a recognizable signature style. The result has been a rather difficult interplay between abstract painting and strategies from conceptual art and institutional critique.

Blake Rayne also comments on institutional contexts, and the cycle into which the paintings enter as both commodities and visual signs. In several of Rayne’s exhibitions, for example, he has replaced the ‘neutral’ gallery space with clear allusions to decorative interiors. Rayne often uses a process where large linen cloths are turned and folded, spray-painted, cut up, and finally tacked together into new large canvases, thus striving for a transparency where the choices and processes underlying the genesis of the paintings are made visible on the surface.

Utilizing the medium of painting as a theoretical and physical support, Nikolas Gambaroff concerns himself with questions of authorship, display, distribution and reception. Gambaroff approaches questions of the social and economic value of painting and the different processes of its construction through tropes of subjective painterly self-expression, juxtaposed with a supposedly objective conceptual practice and standardized procedures. The result becomes a re-questioning of old and new myths of artistic production.

Publication available including essays by Adam Kleinman and by the curators.

Tomo Savić-Gecan constructs artworks that literally exist between present and future, here and there, between one public space and another, and between the minds of a viewer, wherever they might be, and the institutional space of the exhibition, which might happen to be somewhere else. For instance, as when he devised a situation so that visitors to an exhibition about the theme of “economy” were asked to decide on the entrance price for the visitor that would enter immediately after him or her (Untitled, 2000).
Untitled, 2010 is a major new project in two parts, one located in the Jeu de Paume, the other—it’s exact mirror image—in another institutional space, the Bergen Kunsthall in Norway. Each part will be an exact reconstruction of an existing space in the Jeu de Paume, but with a crucially changed detail: in each room, one of the walls will be devised so that it can slowly move at an infinitesimally small rate in relation to each visitor that enters the opposite room. Each slowing shrinking room will effectively be a reflection of the other, with the motion in one space being set off by the visitors to the other after a short delay.