Alternativa will launch its programme of exhibitions at the end of May 2011. Thi event is a three-day pilot that publicly unveils Hall 90B, an industrial building across the street from Wyspa which will be a key location for Alternativa exhibitions and events in 2011-12. 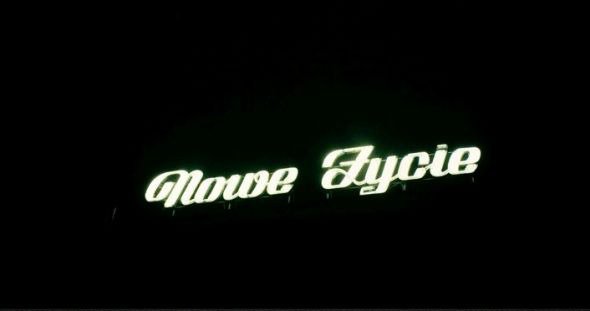 Alternativa will launch its programme of exhibitions at the end of May 2011 and the programme will culminate in June-September 2012. Alternativa Housewarming, planned for December 3-5, is a three-day pilot that publicly unveils Hall 90B, an industrial building across the street from Wyspa which will be a key location for Alternativa exhibitions and events in 2011-12.

Under the leading title Secrets and Lies, Alternativa unveils its space for just one night on December 3rd. It does so without flourish or fanfare, but unfolds eventfully into the cold, dark night.

Loosely relating to the movie by Mike Leigh and its main character, an optometrician, the event makes possible, as well as delimits, our visual perception and causes us to reflect on the political repercussions of that. Although born in a space, Secrets and Lies is to be sensed as choreography and events in time. In the dark, something will be happening and there will be some light too. The immediate surroundings are uncertain, just as the future of the Shipyard is uncertain, bonds shattered and representations appropriated. Small groups will enter the space. In 30 minutes, our understanding of space and time and the possibility of representing it through art will shift.

Pecha Kucha Night vol 7
Design collective from Gdansk - organized by Lowbudget
Chicago Boys: while we were singing they were dreaming...

An evening of music played by a 70s revival band and neo-liberalism study group assembled by Hiwa K. The band plays popular music from Afghanistan, Iran, Iraq, England, Bangladesh, Poland and Lebanon in the 1970s, followed by presentations from archives relating to personal memories and neo-liberal policies.

December 5
Wyspa
Postulating the Postulates: a part of My Daily Constitution project by Linda Pollack

On the fringe of the exhibition Re-designing the East/ Political Designers, Linda Pollack invites artists, curators of the project and guests to revisit the famous 21 demands of the 1980 Gdansk Shipyard strike that brought to life one of the most interesting social moments in Europe - Solidarnosc.

During the Alternativa Housewarming events, the exhibitions "Political Designers" curated by Maks Bochenek and "Democracies" by Artur Żmijewski at Wyspa, and "Selection" by
Dorota Nieznalska at Modelarnia, will be open until 11 pm.

Also, the first book in the Alternativa Editions Series titled "Grzegorz Klaman" will be available in the Wyspa bookstore.

Alternativa is an initiative of the Wyspa Institute of Art under the artistic directorship of Aneta Szylak. It operates in collaboration with the City of Gdansk, Gdansk 2016 Office and is supported by Municipality of Gdansk, European Union.