For the paintings in this show, the artist uses his fingerprint to overlap portraits of well-known figures such as Chairman Mao, Madonna, Audrey Hepburn, Andy Warhol and Michael Jackson. 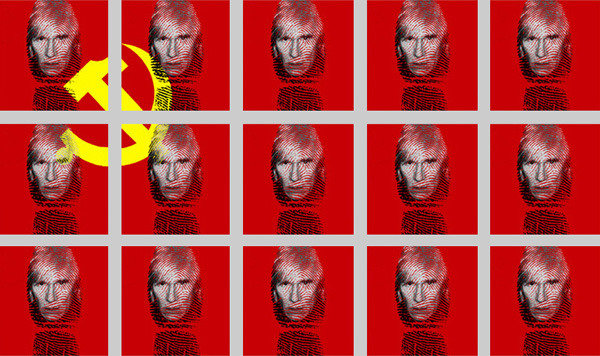 Some say the rising tide of globalization threatens to drown individuality in a sea of sameness. Zou Cao resists this possibility by using his own fingerprint as a motif, asserting his unique identity, and by extension, the importance of all individuals. In past works, Cao used actual fingerprints as a drawing technique to render politically charged scenes. For the paintings in this show, he has expanded the technique, literally, by enlarging a single print to overlap portraits of well-known figures such as Chairman Mao, Madonna, Audrey Hepburn, Andy Warhol and Michael Jackson. The images declare that all people, famous or not, are unique and that despite our increasingly collective existence, every individual adds their singular mark to our shared history. Combining individual and group identities this way, Cao has found a patch of high ground on which we might all avoid globalization's torrent of anonymity.