Relational Art from the 1990S to now. The San Francisco Art Institute (SFAI) is pleased to announce an international group exhibition guest curated by Nicolas Bourriaud, art critic and co-director of the newly opened and highly acclaimed Palais de Tokyo in Paris. 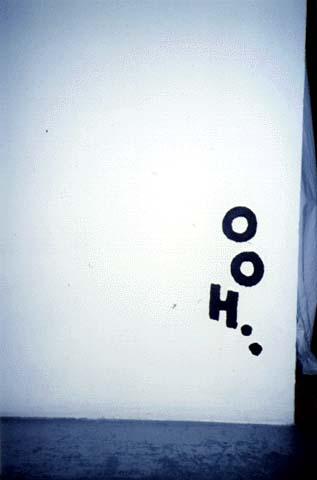 The San Francisco Art Institute (SFAI) is pleased to announce an international group exhibition guest curated by Nicolas Bourriaud, art critic and co-director of the newly opened and highly acclaimed Palais de Tokyo in Paris. Touch: Relational Art from the 1990s to Now will be on view at the Walter and McBean Galleries October 18 December 14, 2002.
A preview of the exhibition and a roundtable discussion with Bourriaud and artists from the exhibition will take place Wednesday, October 16, 7:30 pm. The exhibitions opening reception and performance events will be on Thursday, October 17, 5:30-7:30 pm.

As a young critic in the 90s, Bourriaud used the term relational art to describe a set of artistic practices which take as their theoretical departure human interactions and their social contexts. His widely published critical writings and curatorial projects provided one of the earliest readings of the emergent metaphors of artistic production engendered by information/service culture. In his words, The artist produces connections with the world broadcast through works of social gesture, sign and form.
Bourriauds selection of artists for this exhibition reflects his categories of different forms of relational art that encourage participation and transivity, connections and meetings, convivialities and encounters, collaborations and contracts, as well as the transformation of gallery spaces. For example, FELIX GONZALEZ-TORRESs sculptural installationscomprised of enormous heaps of colorfully wrapped candiesencourage visitors to take pieces home with them. In the photographic series Signs that say what you want them to say, not signs that say what someone else wants you to say, GILLIAN WEARING invites pedestrians to write down something personal they want to share with others, then photographs them holding up signs with those messages. RIRKRIT TIRAVANIJA creates an active, convivial social interaction with visitors through the preparation of a meal from his native country of Thailand; ANDREA ZITTELs Prototype for A to Z Pit Bed provides visitors a casual and functional site for conversation and rest; while CHRISTINE HILL offers guests a hand-printed poster featuring a slogan describing their experience of the exhibition. Other works such as JOSEPH GRIGELYs Fireside Talk and BEN KINMONTs new project from Documenta 11 share personal and meaningful dialogues with the artist for the publics consideration.
By systematically transforming everyday activities outside of their mundane and private spaces, these artists initiate new relationsand new aesthetic contextsbetween artist and onlooker, and art and the world. Bourriaud proposes that such new relations create what he calls a social in-between space. The space between is a space of human relationships whichwhile simultaneously adding itself more or less harmoniously to the everydaypoints towards other possible forms of development than those dominant in the system. Art becomes a frame around actions and eventsconnected to everyday existence, not merely separated from it.

The curator of Touch, Nicolas Bourriaud is an art critic and co-director of Palais de Tokyo in Paris, which opened its doors to the public January 22 of this year. Welcoming visitors from midday to midnight, Palais de Tokyo engages in its own relational aesthetic, adjusting the purview of the exhibition space to consider time in its social context. Likewise, the architecture of the Palaisinspired by the Djemaa el-Fna square in Marrakechcreates bazaar-like open spaces where visitors, artists, and art works can mingle freely. Bourriaud is the editor of Documents, a journal of contemporary art based in Dijon and the author of Postproduction (2002) and Relational Aesthetics (1998). Bourriaud also served as commissioner of the Aperto at the 1993 Venice Biennale and curator of traffic (1996) at capc Bordeaux.
In his role as a VISITING CURATOR AT THE ART INSTITUTE, Bourriaud has also lectured to the public, conducted studio critiques and participated in seminars.

For the TOUCH ROUNDTABLE, Wednesday, October 16, 7:30 pm in the SFAI lecture hall, he will engage in a conversation with artists who will be in San Francisco for the exhibition, including ANGELA BULLOCH, JOSEPH GRIGELY, CHRISTINE HILL, and BEN KINMONT.

Image: a work by Angela Bulloch

The exhibitions opening reception and performance events will be on Thursday, October 17, 5:30-7:30 pm.

Touch is partially sponsored by the Cultural Services of the French Embassy.