VTO, London, and galerie wieland, Berlin, are proud to present an exhibition by Tonico Lemos Auad and Ben Pruskin. This exhibition is part of the Berlin-London gallery swap project 2002. 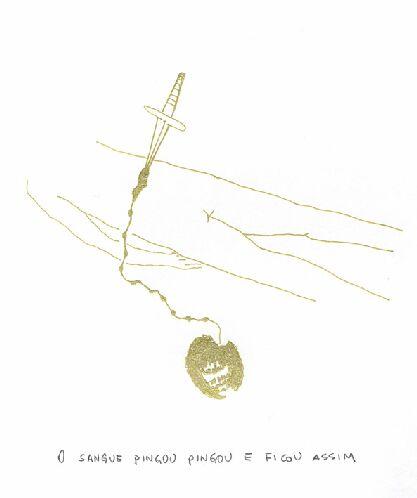 VTO, London, and galerie wieland, Berlin, are proud to present an exhibition by Tonico Lemos Auad and Ben Pruskin. This exhibition is part of the Berlin-London gallery swap project 2002.

Born in Brazil, Tonico Lemos Auad has recently worked in Sao Paulo and London making installations, drawings and photographs.
His work is motivated by an interest in expressing and reflecting daily experiences, perceptions of things and situations that are not easily noticeable or that vanish under our eyes.
While drawings are at the core of his work, his pieces are often site specific, often changing through time, like his drawings on bananas. His most recent project was inspired by love, family and friendship messages found on cheap jewellery, from necklaces saying My heart says forever" to bracelets reading I love you more today than yesterday but less than tomorrow". These objects capture audiences imagination and, by playing on expectations, they challenge the value - whether monetary or sentimental - of something which is either or not, lost or found.
Rumour has it that there's a video installation in this show telling the story of a virginal young bride having her innocence taken by ... someone who is not her husband! Evidentially this work explores the feelings of the girl as she leaves her man to seek out the one she truly loves. We say LOVE IT! Also in this show, and by the same artist are two boxy video monitors playing fast and slow moving text. An insider says that she was left breathless and emotional" after looking at their work, and upon leaving, found solace in an abstract wall piece. But her serenity was short lived as she soon discovered that the cute thing on the wall was not all that it appeared!"

Ben Pruskin lives and works in London. He graduated from Goldsmiths College, London, in 2000 and has since shown widely in Britain and abroad. The above comment" is a typical description of the impression many people feel when encountering Pruskin's work.
From early on he mastered the fusion of text and video installation; internal monologues are narrated that often describe violent and psychotic situations. The viewer is unsure where reality or fiction is placed in his video poetry.