Description. The starting point of the exhibition is Zentrum (2004-ongoing), a nexus of pieces that acts a hinge for the four film installations presented, and also for the rest of the show. The descriptive rhetoric is the one chosen by the artist to examine architecture understood as housing, space, interiors, display and exhibition. For Margreiter, the representation and the discourse of modern architecture are tightly interwoven. 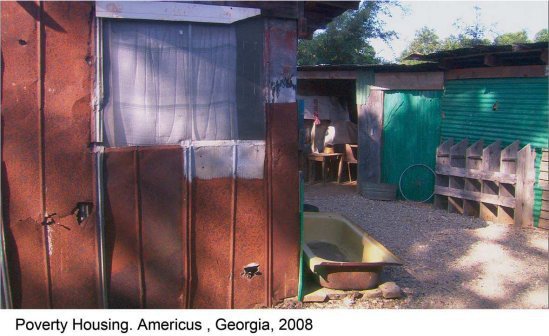 For over a decade, the artist Dorit Margreiter (Vienna, 1967) has been reflecting on modern architecture, on its preservation and its destruction, and on the relationship between visual systems and the economic and social contexts of architecture. Her activity shows a connection with that of a generation of Austrian artists, such as Florian Pümhosl, Martin Beck and Mathias Poledna, who, with the specific condition of the artistic medium as their point of departure, meditate on recent history and on the social and political weight of modernity, thus diluting its formal specificity.

The starting point of the exhibition is Zentrum (2004-ongoing), a nexus of pieces that acts a hinge for the four film installations presented, and also for the rest of the exhibition. This piece, a commission for the contemporary art centre of Leipzig, had as its genesis “Brühlzentrum,” a residential complex from the early sixties which, in consonance with functionalist logic, included housing, a theatre, a restaurant and a kindergarten. For the occasion, the artist focused on the logotype of the complex and reproduced it in the form of neon lettering, maintaining Leipzig's esteemed traditions of neon signage and typographic design. She accompanied it with three other signs. Rounding out the set of four signs is a 16 mm film that captures the final illumination of the original sign and also a short video documenting the ingenious way that the artist and her assistants managed to bring about this feat. Appearing in a small fragment is the word analog, written in the same typeface as the resurrected sign, in clear reference to the weight of analogy in this exhibition, in the senses of both equivalence and relational likeness.

A process similar to analogy can be perceived in the production of the rest of the work as well: the recording of footage in digital format subsequently transferred to film is a break with the logical succession of media. In the same way, the typeface of the sign was used in the website and press releases for a project of the Dia Art Foundation, which brought considerable unexpected circulation of this piece. In a new reading of the relationship between new and old technologies, the gentle drift of letters hanging from cinematic sculptures does not make reference to digital media. Instead, as mobiles made of sheet metal cut outs, it evokes the origins of hot metal typesetting. Text and image at the same time –although the image is not fixed and the text far from legible–, these mobiles conflate fine arts and vernacular traditions: modernist sculpture, design artefacts or children's toys.

Not incidentally, her typeface recalls prototypes devised by Bauhaus associates Josef Albers and Herbert Bayer. Conceived in 1926, Albers’ Kombinations Schrift was created, like Bayer’s Universal alphabet, from a highly restricted repertoire of simple geometric shapes. Modular and standardized, Albers’ headline font was devised for broad application in an industrial era whose hallmarks were speed, economy, and convenience. At a time when, according to its prophetic inventor, the magazine was replacing the book as the principal tool for communication, graphic signage of all kinds would play an increasingly crucial role in contemporary life. Suspended delicately from cross beams, the elements that comprise Margreiter’s letters are scaled one to one with the now lost originals on the Brühlzentrum building. At once text and image — though the image is not fixed, and the text far from legible — the mobiles conflate fine art and vernacular traditions: modernist sculpture, design artefacts, children’s toys.

Los Angeles, where Margreiter has lived periodically, is the site of various works related to architectural icons such as Pierre Koenig's Case Study House #22, and the emblematic Sheats-Goldstein residence, which has been the set of numerous films (ranging from Charlie's Angels, 2003, to The Big Lebowski, 1998). Whether in the guise of Hollywood films or magazine features, photography is the vehicle through which these houses have gained international renown. Her film installation 10104 Angelo View Drive (2004) speculates on the ways in which, in these trophy residences of the modern architecture movement, reality and fiction are interdependent. By contrast, Original Condition (2006) reflects on the shifting ideologies that have transformed, in little more than a decade, many of the Case Study Houses from dilapidated residences into the preferred homes of the intellectual bourgeoisie.

Poverty Housing. Americus, Georgia (2008, in collaboration with Rebecca Baron) also investigates the circulation of images of modern architecture, although in this case the social context to which it refers is different. This film installation, shot in documentary style, shows replicas, based on photographic images, of shanties found in South African slums. Conceived as an architectural "theme park" in rural Georgia, it may have been designed to prick the consciences of its neoliberal visitors, yet it cannot escape a certain delectation in the aesthetics of poverty.

This descriptive rhetoric, which reviews the documentary genre through an analysis of its enunciation, is the one chosen by the artist to examine architecture understood as housing, space, interiors, display and exhibition. For Dorit Margreiter, the representation and the discourse of modern architecture are tightly interwoven.