Rumba Muerta is Los Carpinteros' first exhibition at the gallery since their acclaimed 2008 show, Montana Rusa. The central theme in Los Carpinteros' work is the idea of transformation. According to the artists, that transformation sometimes occurs 'in the morphology and physicality of an object and at other times in its meaning, interpretation and function'. The exhibition will be comprised of three distinct sculptural installations. 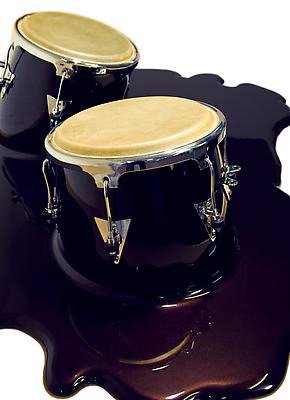 Sean Kelly is delighted to announce the opening of Rumba Muerta, an exhibition of new work by the Cuban duo Los Carpinteros. The opening will take place on Thursday, February 3rd from 6-8pm. The artists will be present.

Rumba Muerta is Los Carpinteros’ first exhibition at the gallery since their acclaimed 2008 show, Montaña Rusa. The central theme in Los Carpinteros’ work is the idea of transformation. According to the artists, that transformation sometimes occurs “in the morphology and physicality of an object and at other times in its meaning, interpretation and function.” As such, Los Carpinteros allow the titles “to reveal something, a certain form of meaning or to subvert the official meaning that people attribute to things.” The title of the new exhibition, Rumba Muerta, is meant to conjure up an imaginary world evocative of the dying notes at the end of a bittersweet song.

The exhibition will be comprised of three distinct sculptural installations. Luces del Estadio del Pueblo (People´s Stadium Lights) will be installed in the first gallery and alludes to an ambivalent symbolism sometimes associated with urban architectural structures. Its form is inspired by the PanAmerican stadium in Havana, which was built for the PanAmerican Games in 1991. The stadium was intended to be a symbol of economic strength, but instead became an indicator of the acute financial crisis that occurred during the Nineties. The harsh glare of the lights from the imposing sculptures will flood the gallery as a reminder of the perennial threat of observation in totalitarian regimes.

The second gallery will contain Cuarteto, a melted salsa band comprised of drums, congas and a standup bass. The work addresses politics and ideologies with the artists’ trademark sense of humor. The musical instruments appear to be melting into brightly colored pools on the ground, as if they had been exposed to high temperature or pressure – literally having a “meltdown” – a metaphor for the psychological meltdown of individuals in some constrained societies.

Sala de Lectura Ovalada, a ten-foot high reading room devoid of books, will be installed in the main gallery, surrounded by three large-scale drawings. The installation references ideas about confinement through the control of individuals and information. This reading room, which functions as both furniture and architecture, takes its shape from panopticon prisons, a configuration developed in the 18th century allowing a centrally placed guard to watch prisoners without them being aware that they are being observed and monitored.

Los Carpinteros are without question the most significant artists to have emerged from Cuba in the last decade. Their work is featured in the collections of the Solomon R. Guggenheim Museum, New York; The Museum of Modern Art, New York; The Los Angeles County Museum of Art; The Museum of Contemporary Art, Los Angeles and The Tate Modern, London, among others. Free Basket, a site-specific work commissioned by the Indianapolis Museum of Art in 2010, is permanently installed in the 100 Acres park on the museum’s grounds.

Los Carpinteros: Handwork – Constructing the World is a major monograph recently published by Thyssen-Bornemisza Art Contemporary and Walther König. At 380 pages, this is the most comprehensive book on the artists to date; it includes essays by Paulo Herkenhoff and Helen Molesworth, to name a few. The book is available for purchase through the gallery (a special edition of the book will be available as well). The artists will sign copies of the book at the opening.

Rumba Muerta is timed to coincide with this year’s Armory Show, which focuses on Latin American art.

Sean Kelly Gallery
528 West 29th Street - New York USA
Gallery hours: Tuesday through Friday from 11am to 6pm
Saturday from 10am to 6pm