The Narcissism of Minor Differences

An exhibition showcasing 18 acclaimed artists - including Francisco de Goya, Philip Guston and Sam Durant - who will explore the dark side of intolerance using art, historical artifact and documentation. Their examines different types of intolerance: South African apartheid, the Holocaust, and discrimination against same-sex couples. 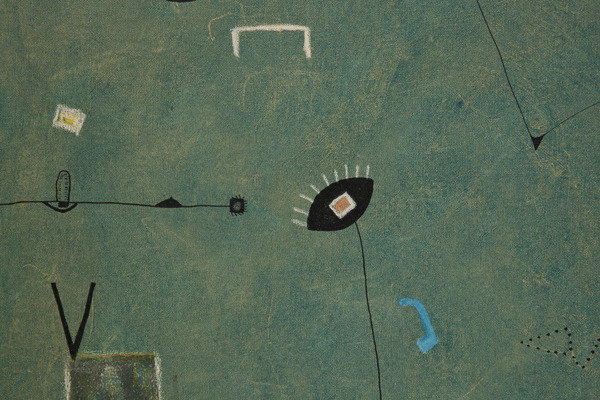 The Narcissism of Minor Differences, an exhibition showcasing 18 acclaimed artists, including Francisco de Goya, Philip Guston, and Sam Durant, explores intolerance using art, historical artifact, and documentation. The exhibit—which examines different types of intolerance: from the most overt to the benign, from the kind of intolerance that excludes to the type that kills—can be viewed in Decker and Meyerhoff galleries, Fox Building, on MICA's campus through Sunday, March 13, 2011.

"The idea that intolerance holds only one form or one direction is false-large groups can be intolerant, leading to genocide and civil wars. Yet intolerance finds its way into the most comfortable living rooms, boardrooms, and doctors' offices," said Gerald Ross, MICA's director of exhibitions and co-curator of the exhibition.

Jonathan Borofsky
In this series of images, Both the Fascist and the Idealist Search for Perfection, Jonathan Borofsky pairs portraits of himself with images of Adolf Hitler as he questions and compares values and results.

Mary Coble
Performance artist Mary Coble documents a 12-hour performance that paid homage to the violence inflicted on the LGBT community in Note to Self.

Sam Durant
Sam Durant's Dead Labor Day, a life-size scaffold modeled after the original built for the execution of Chicago's Haymarket Martyrs in 1887, was exhibited at the International Sculpture Biennale of Carrara before it traveled to MICA for this exhibition.

Melvin Edwards
One of America's foremost sculptors, Melvin Edwards directly references the horror of lynching in America in the works he is displaying MICA, which are part of his well-known Lynch Fragments.

Francisco de Goya
This exhibition includes a work from Francisco de Goya's series of aquatints made in the 1810s entitled Los Desastres de la Guerra, or "Disasters of War," which graphically depicting the horrors of wars.

Leon Golub
The exhibition includes some of the last works by Leon Golub, a master American painter who spent the last decades of his career pushing heroic imagery that reflected the horrors and brutality of the human condition.

Philip Guston
Philip Guston's enigmatic works, the so-called "KKK" portraits, allude to both figures of evil and to the painter's own battles of identity—between his Jewishness, role of the "modern" American painter, and father, husband and human.

Nazi Germany Eugenics Slides from the United States Holocaust Memorial Museum
These images compare the Aryan "ideal" with the physical deficits of those determined as misfits.