La Conservera Contemporary Art Centre and Sala Veronicas open their sixth series of exhibitions by Pilar Albarracin, William Cordova, Kalup Linzy, Francesco Vezzoli, Brice Dellsperger, Jean-Luc Verna. These six artists share common concerns and interests; they all project themselves through characters drawn from the history of art, literature, popular culture, the star system or soap operas. The body, gender, identity, sexuality and desire are some of the topics addressed. 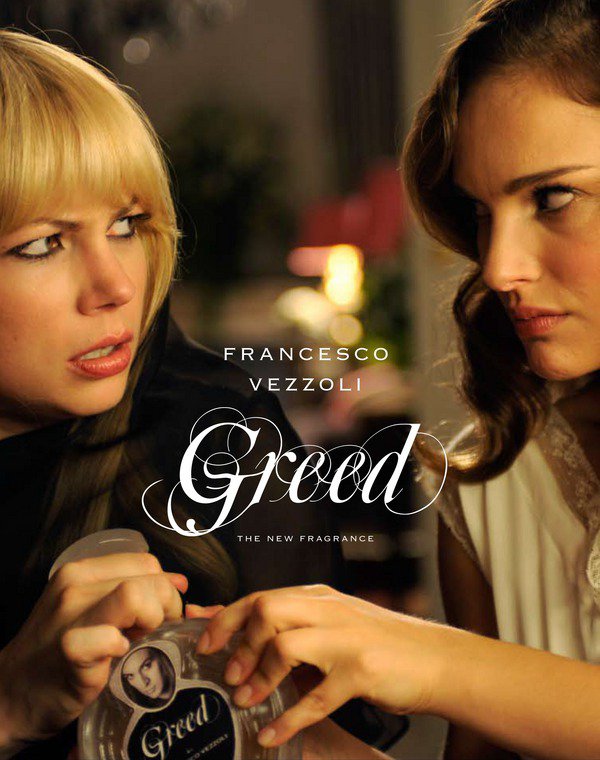 These six artists share common concerns and interests; they all project themselves through characters drawn from the history of art, literature, popular culture, the star system or soap operas. To a certain extent the series focuses on the demonopathic syndrome of double personality, the splitting of the artist into different physical and psychic entities. The body, gender, identity, sexuality and desire are some of the topics addressed.

During the opening on Thursday 3rd, at 9.00 pm, Kalup Linzy, accompanied by various instrumentalists, will present a new performance designed specially for this opening. Straight after this the rock band I APOLOGIZE, of which Jean-Luc Verna is a member, will perform.

This two have collaborated on innumerable occasions. Their joint work has taken concrete form with Verna playing many of the characters Dellsperger uses in his films. This show highlights that collaboration by presenting works by each of them, which in turn are interrelated and cross-contaminated.

Brice Dellsperger's work consists mainly of a video series, which totals 28 films to date, of various lengths, entitled Body Double, after Brian De Palma's 1984 film. The film at the centre of this exhibition is Body Double 22, in which Dellsperger uses Stanley Kubrick's Eyes Wide Shut. Once again he is working with Jean-Luc Verna, who plays all the parts. The show will also present his latest production, Body Double 27, a three-channel video installation based on Rainer Werner Fassbinder's 1978 film In a Year with 13 Moons.

In BD 22 a work by Jean-Luc Verna appears as a backdrop. This work, a photograph of the artist himself, belongs to the series that is being shown here with this video. In his drawings and photographs this provocative artist includes two sets of references, invoking major historical figures as well as others from the contemporary rock scene. Together with these images, the show presents a series of cockrings in hand-blown crystal, tributes to various dancers and two enormous tondi with drawings of the artist himself.

In this exhibition, the artist reproduces the strategy and aesthetics of the commercial launch of a perfume. Just as Marcel Duchamp created Belle Haleine: Eau de Voilette in 1921, using a Rigaud perfume bottle and altering the label, Francesco Vezzoli has created a brand of fragrance. On the label of Greed is a photograph by Francesco Scavullo of Vezzoli in drag, in the place where Duchamp used Rrose Sélavy, photographed by Man Ray, for his bottle. The perfume bottle is accompanied by a sixty-second commercial for the fragrance—directed by Roman Polanski and starring Natalie Portman and Michelle Williams—and also a series of embroidered portraits of women who have been emblematic figures in the history of art—Tamara de Lempicka or Eva Hesse—as immortal endorsements for Vezzoli's fragrance.

Subverting the elements that characterise cultural tradition has become one of the features that best define the work of this artist. In this project produced by La Conservera she once again explores those strategies that shape daily life, while at the same time questioning their visual and conceptual essence.

On the idea of identity and everything that flows from it, Albarracín constructs a cogent discourse in which women feature as a mechanism that generates histories and contexts. For this purpose she has chosen a mise-en-scène of profoundly emotional Baroque forms in a tireless quest to analyse the saturation of the image, an inherent aspect of Catholic conventions, which she strips of their usual signic values to make a multifaceted, contrary reading of their contents and establish a new mode of representation of this material, both in syntactic and semantic terms.

The exhibition centres on the recreation of an old-fashioned cinema or movie theatre where his new video piece produced by this institution is being screened. This is complemented by a display of a series of drawings and collages, large-scale photographs taking during the shooting of this film, and a further five video pieces, by way of a mini-retrospective, notably including his presence and participation in the American fictional series General Hospital. In July 2010 Kalup Linzy made his debut as a guest actor in this series introduced by James Franco. Using the aesthetics and narrative form of soap opera, Linzy's work addresses themes such as personal relationships, gender, sex and the contemporary art world. In doing so, Linzy projects his various concerns by appropriating different characters, playing them himself.

The central piece in the show is a monumental sculpture, built out of plywood, which creates parallels between the various different diasporas of the American continen. References, a play of meanings that gradually proliferate offering new levels of reading, are essential to his work. The sculpture is a replica, over 14 metres in length, of the Millennium Falcon from the film The Empire Strikes Back, produced by George Lucas. In addition to this piece William Cordova has created a series of works, notably including a projection-sculpture consisting of three trays of slides of sacred secular locations. The images are of three landmarks in New Hampshire and Cadiz, highlighting the symbolic representation of these places of royalty, abduction, resistance and exile.