Djordjadze's work starts with everyday, kneadable materials like plaster, ceramics, sponge, cardboard, clay, textile or papier-mache' which the artist shapes into modest though firmly present sculptures. The side room adjacent to the hemicycle is transformed into a screening room for Nothing is more mysterious. A fact that is well explained by Anna Franceschini. 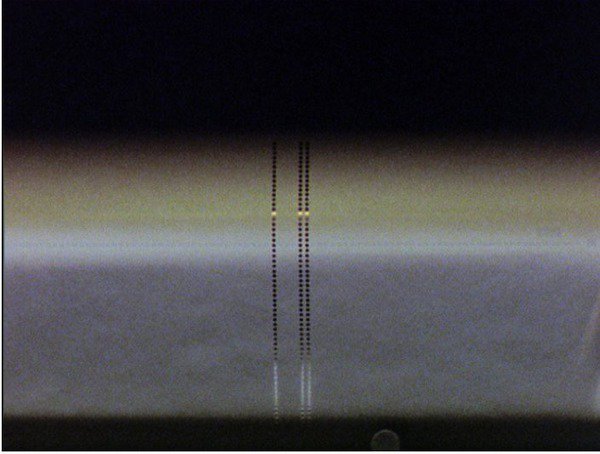 KIOSK hosts Quiet speech in wide circulation, Georgian artist Thea Djordjadze’s (Tbilisi, 1971) first ever solo show in Belgium. The exhibition’s title refers to the venue’s original function as an anatomical theatre, where even the slightest whisper resonates throughout the room. Much like an object falling in water and drawing concentric circles on its surface, so Djordjadze seems to encircle her work, the KIOSK space and the visitor in a single movement, getting communication between them going. Taking over the hemicycle’s floor surface, the level scaffolding the artist has forged effectively functions as an offset to the impressive, upward dome. These steel supports covered with foamed plastic subsequently invite to be interpreted as a kind of sun deck for the visitor to lie down on – receptive and open to the slightest whisper.

Djordjadze’s work starts with everyday, kneadable materials like plaster, ceramics, sponge, cardboard, clay, textile or papier-mâché which the artist shapes into modest though firmly present sculptures. These are positioned in space, surrounded by simple architectural wooden or metal structures that recall classical modernist aesthetics and whose stark linearity contrasts sharply with the sculptures’ organic and amorphous, ‘unfinished’ surfaces. Further juxtaposed with cryptic drawings and cultural artefacts like nomad rugs, all these elements combine to make a very specific amalgam of materials, shapes, objects and cultures that erodes its parts’ historical ideologies to shape a new, metaphysical result.

Thea Djordjadze works and resides in Berlin. She recently had solo exhibitions in a.o. Castillo/Coralles, Paris (2010), Kunsthalle Basel (2009) and Kunstverein Nürnberg (2008). Her work was also on display in group shows at the Rubbel Family Collection, Le CREDAC Ivry-sur-Seine and Hayward Gallery London. She also took part in the 5th Berlin Biennale (2008) and has collaborated with Rosemarie Trockel (for the 9th Biennale de Lyon, 2007, amongst other occasions). Thea Djordjadze is represented by Sprüth Magers in Berlin and London.

The side room adjacent to the hemicycle is transformed into a screening room for Nothing is more mysterious. A fact that is well explained (16mm transferred to DVD, 2010) by Anna Franceschini (Pavia, 1979). During a 2009-2010 residency at the Amsterdam Rijksakademie for visual arts, the Italian artist was captivated by the tradition of the pictorial still life and the private dimension of indoor life. This interest led her to the discrete Amsterdam Pianola Museum. In only two long movements, the camera explores the surfaces and textures of the objects in this intimate space. The result can be read as a long unwinding of visual memories, a recapitulation of art historical references; the film itself as an ‘object in movement’.

Image: Anna Franceschini, 'Nothing is more mysterious. A fact that is well explained', film still, 2010