New Museum presents a major exhibition of works by Lynda Benglis. On display her sculpture, bronze casts, wax reliefs, and videos, revealing the creative universe of an artist who has radically reinvented the language of contemporary sculpture. 'Museum as Hub: The Accords: Part I' is a multipart project exploring new forms of curatorial practice and international collaboration. For the New Museum, Shirana Shahbazi has created a site-specific wallpaper installation. 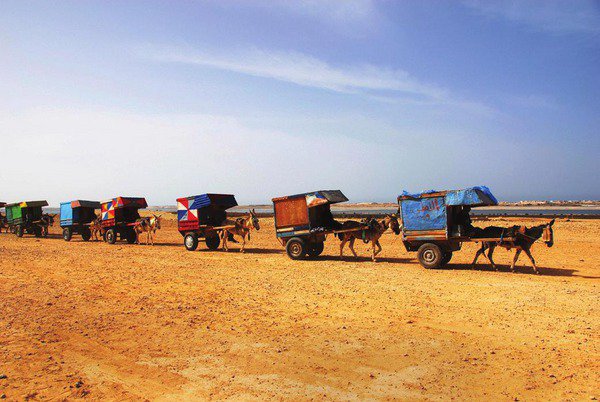 Beginning February 9, 2011, the New Museum will present a major exhibition of works by Lynda Benglis, the renowned American artist’s first museum retrospective in over twenty years. Benglis is an artist whose work continues to challenge artistic norms and exceed easy definition. Initially developed in the 1960s, her singular practice did not fit clearly within the sharp aesthetics of Minimalism or in the overtly political gestures of feminist art. Unlike Minimalist sculpture, Benglis’s works are steeped in the organic, with rivers of vibrant colors and erotic melting forms populating her sculptures. Rejecting the formalist influences of modernism, Benglis takes painting off the wall and brings color back into sculpture; she captures sensual experience and creates a visceral tie between the viewer and her biomorphic figures. With this unique combination of sensuousness and punk attitude, Benglis has influenced many generations of artists.

Spanning forty years of work, “Lynda Benglis” will be on view at the New Museum from February 9 through June 19, 2011. "Lynda Benglis" is organized by the Irish Museum of Modern Art, Dublin, in collaboration with Van Abbemuseum, Eindhoven; Le Consortium, Dijon; Museum of Art, Rhode Island School of Design, Providence; and New Museum, New York.

The New York presentation of the exhibition will be supplemented by a selection of specifically chosen works such as Contraband (1969), Benglis’s largest and most significant pour sculpture at almost forty feet in length, on loan from the Whitney Museum of American Art. Most significantly, the New Museum exhibition will also include Phantom (1971), a polyurethane installation consisting of five monumental sculptures that glow in the dark. Realized over forty years ago and unseen since its original presentation at Kansas State University, Phantom has been known during intervening years exclusively via photographic documentation. Included in the presentation at the Museum of Art, the Rhode Island School of Design, Providence, Phantom has come to be considered the apex of the artist’s early accomplishments. It is an event of art historical importance that Phantom will be on display at the New Museum for the first time ever in New York City.

In addition to Benglis’s extraordinary poured latex pieces from the 1960s and 1970s, the exhibition will include early bronze casts, wax reliefs, and videos, revealing the creative universe of an artist who has radically reinvented the language of contemporary sculpture. Works from her “Torsos” and “Knots” series of the 1970s will be presented in close dialogue with such irreverent installations as Primary Structures (Paula’s Props) (1975). Benglis’s recent work in polyurethane and signature pleated-metal sculptures of the 1980s and ’90s will also be on view in the exhibition, as will Benglis’s rarely seen photographic work. The exhibition will also explore the artist’s landmark media interventions, such as the infamous 1974 Artforum advertisement featuring a nude Benglis holding a double-headed dildo, a commentary on the machismo that dominated the New York sculpture milieu at that time.

Most recently, Benglis has experimented with plastics, cast glass, paper, and gold leaf. Continuing to use the body and landscape as primary references, Benglis’s latest sculptures reveal a striking sense of immediacy and physicality even as they seem to defy gravity.

Museum as Hub: The Accords: Part I
“An accord is first and foremost only a proposition”

New York, New York...“Museum as Hub: The Accords” is a multipart project exploring new forms of curatorial practice and international collaboration. Building on experimentation, critique, and play, the exhibition proposes new terms for agreement and considers whether an “accord” can inspire new methods of communication and production, and perhaps lead to new approaches to exhibition making in the process. “The Accords” aims to address both the challenges and possibilities of working as a “hub,” moving beyond ideas of consensus and shared authorship toward a more flexible platform that supports multiple and simultaneous strands of research, exchange, and presentation.

Two exhibitions conceptually linked in their development will be presented on the fifth floor of the New Museum in addition to simultaneous manifestations initiated by Museum as Hub partners in Cairo, Eindhoven, Mexico City, and Seoul. From February to September 2011, Hub partner institutions present performances in one city that stream to audiences in another; publish texts and post them online; share screenings between institutions; and organize exhibitions that further expand the discussion—exploring
new directions in Museum as Hub activity.

The Accords: Part I
“Museum as Hub: An accord is first and foremost only a proposition”
guest curated by Sarah Rifky
February 9–May 1, 2011

The project begins with the exhibition “An accord is first and foremost only a proposition.” Proceeding from the idea that an accord functions as a kind of premise, the exhibition explores how coming together around a set of principles can give form to particular ideas, actions, and events that extend beyond an official agreement. Through the work of Yael Bartana, Dora Garcia, Wael Shawky, and Carey Young, the exhibition addresses the form and logic of agreement and references fictional or historic examples to propose a space for speculation, contestation, and response. Carey Young presents contracts and statements that utilize legal language to press upon conventional relationships between artist, audience, and institution. Based on previous works exploring surveillance and trust, Dora Garcia’s New Forever (2011) is a work that begins as an agreement with the New Museum that allows her to install a web camera in the gallery and stream activity in the space twenty-four hours a day, seven days a week, for the period of one year. Wael Shawky creates new work that builds upon his Telematch Sadat (2007), a video in which the artist worked with children to enact a version of Anwar El Sadat’s 1981 assassination and burial following his unpopular signing of the Camp David Accords and the Egypt–Israel Peace Treaty. Yael Bartana considers strategies of images and their making in her presentation of two posters, a coloring book, and other works inspired by her video trilogy, in which the artist imagines a Jewish Renaissance Movement in Poland.

The exhibition is guest curated by Sarah Rifky, Townhouse Gallery, Cairo. On February 10, the New Museum will screen selections from Wael Shawky’s Telematch series (2007–09), followed by a discussion with the artist. The project references a German television program of the same name that was popularized in Egypt and Saudi Arabia in the 1980s. An early telecast game show, it brought together people from two villages who were dressed in medieval costuming, and organized competitions between the two groups. The screening includes Shawky’s Telematch Sadat (2007).

Shirana Shahbazi’s work engages with photographic genres, investigating how they are transformed and circulated. Her images are crisply rendered adapting the style of commercial photography, which gives them both a sense of familiarity and a deliberate stylistic mutability. Shahbazi approaches recognizable categories like portraiture, still-life, and landscape photography with a distinctly analytical approach. Her work also investigates the translation of images between media and modes of production; in the past, for example, the artist has contracted billboard painters or carpet makers in her native Iran to transfer her photographs to new physical forms. Shahbazi’s embrace of the quotidian photograph is an attempt to document the lives of images, exposing how we look and how we use what we see.

For the New Museum, Shahbazi has created a site-specific wallpaper installation, the second such work to be installed in the Museum’s lobby. The photo-based work isolates objects and images, including a vase of flowers, a piece of fruit, and a beautiful young woman in a moment of reflection, laid out on geometric blocks of color. Although the style of these photographs is reminiscent of print or billboard advertising, they also have the feel of images appropriated from historical genre paintings, symbolic objects excised from still lives and other forms of memento mori. The scale and dramatic composition of Shahbazi’s installation elegantly monumentalize these fragments; it envelops the viewer in a situation that encourages an active and critical engagement with visual culture.

Sharina Shahbazi was born in Tehran, Iran in 1974. She studied photography at the Fachhochschule Dortmund, Germany and Hochschule für Gestaltung und Kunst, Zurich, Switzerland. Her work has been exhibited at venues including the Centre d’Art Contemporain, Geneva, Switzerland; Barbican Art Gallery, London; the Swiss Institute, New York; the Boijmans Van Beuningen, Rotterdam, the Netherlands; and the Hammer Museum, Los Angeles. Shabazi lives and works in Zurich.