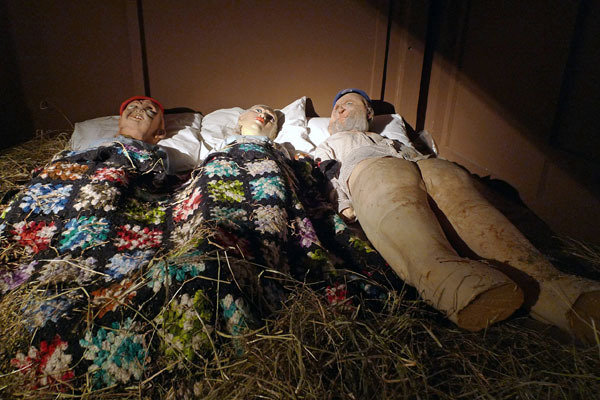 “The living being had no need of eyes when there was Cai Guo-Qiang, The Dragon has Arrived, 1997 nothing remaining outside him to be seen; nor of ears when there was nothing to be heard; and there was no surrounding atmosphere to be breathed; nor would there have been any use of organs by the help of which he might receive his food or get rid of what he had already digested, since there was nothing which went from him or came into him: for there was nothing beside him. Of design he was created thus, his own waste providing his own food, and all that he did or suffered taking place in and by himself. For the Creator conceived that a being which was self-sufficient would be far more excellent than one which lacked anything; and, as he had no need to take anything or defend himself against any one, the Creator did not think it necessary to bestow upon him hands: nor had he any need of feet, nor of the whole apparatus of walking; but the movement suited to his spherical form was assigned to him; and he was made to move in the same manner and on the same spot, within his own limits revolving in a circle. And as this circular movement required no feet, the universe was created without legs and without feet.” Plato, Timaeus, 33c – 34a

Making reference to an excerpt of Palto’s Timaeus, Massimiliano Gioni, curator at the New Museum, NY, commends on the issues explored in Alpha Omega, an exhibition of mirroring presences, of doubles becoming one, and of ones becoming double. The show is about cycles and circles, where the end echoes the beginning.