Assembly: Eight Emerging Photographers From Southern California. The exhibition features works that both reflects the cultural heritage of the region as well as suggests important trends in current American photographic practice. Curated by Edward Robinson. 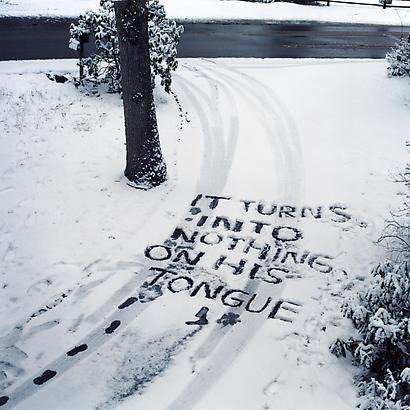 New York, NY – January 13th 2011 – Fred Torres Collaborations is proud to present ASSEMBLY: Eight Emerging Photographers From Southern California featuring recent works by Nicole Belle, Matthew Brandt, Peter Holzhauer, Whitney Hubbs, Matt Lipps, Joey Lehman Morris, Asha Schechter, and Augusta Wood who have all emerged from the Southern California region in the last decade. Approaching the making of photo-based arts in a number of different ways, they create work that both reflects the cultural heritage of the region as well as suggests important trends in current American photographic practice. ASSEMBLY: Eight Emerging Photographers From Southern California was organized by curated by Edward Robinson of the Wallis Annenberg Department of Photography at the Los Angeles County Museum of Art, and will be on view at Fred Torres Collaborations located at 527 W. 29th Street on the third floor through April 9, 2011. The ASSEMBLY exhibition was originally commissioned by and presented at the FotoFest 2010 Biennial in Houston, Texas.

Building upon a photographic tradition drawn alternately to the region’s daylight or to its klieg light, the photographers assembled here deal with the radical changes now posed by digital production and social media. In diverse and highly personal ways, their work suggests common interests in examining the physical makeup, presentation, and dissemination of photo-based art; a greater acceptance of the mediated experience a photo-driven world offers for the formation of contemporary identity; and a greater interest in the possibilities for curating one’s own understanding of the world. Some of the photographers revisit the inherent fragility and provisional materiality of historic photographic processes, while others engage the indexical possibilities of performance—self, appropriated image, altered environment—to open new realms of attention and meaning. All engage, in various ways, with the relationship of memory to the formation of personal experience and understanding. In total, the assembled achie3vements of these eight photographers do not offer any definitive statement of one museum’s imprimatur so much as hope to suggest the vitality and richness of American photographic practice today.

Edward Robinson is the Associate Curator of the Wallis Annenberg Photography Department at the Los Angeles County Museum of Art (LACMA). He curated the Los Angeles presentations of William Eggleston: Democratic Camera – Photographs and Video, 1961-2008 and New Topographics: Photographs of a Man-Altered Landscape, co-curated The Sum of Myself: Photographic Self-Portraits from the Audrey and Sydney Irmas Collection, and In Color: New American Stories from LACMA’s Photography Collection, and is working on upcoming exhibitions on Robert Adams, Daido Moriyama, and Larry Sultan. He earned his PhD at Oxford University in the History of Art and Photography and his BA in Art History at Brown University. Formerly the Beaumont and Nancy Newhall Curatorial Fellow in the Dept. of Photography at MoMA, he has collaborated with such artists as Rineke Dijkstra, Nan Goldin, Boris Mihailov, Vik Muniz, and Beat Strueli. He served as editor of Blind Spot magazine, has published a number of articles on photographic history, and has taught at New York University and Yale University.