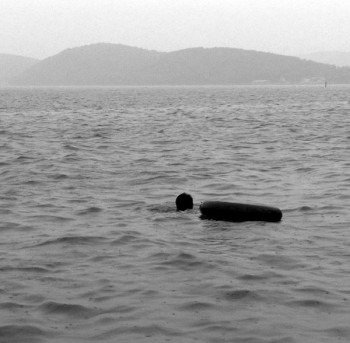 Established in 1987, Toronto's Images Festival is the largest festival in North America for experimental and independent moving image culture, showcasing the innovative edge of international contemporary media art both on and off the screen. Alongside film and video screenings, the festival presents groundbreaking live performances, media art installations in 14 local art galleries and new media projects by many renowned Canadian and international artists in our three exhibition platforms:

The Images Festival crosses international boundaries again this year with artworks from 28 countries, including the Reframing Africa spotlight series curated by Jean-Marie Teno creating a context for Africans to tell their own stories at a time when many African countries are struggling to keep their cinemas open, while commercial films use the continent as a backdrop for Eurocentric concerns; 2011 Canadian Spotlight on Halifax artist James MacSwain; landmark documentary essay Vapor Trail (Clark) by John Gianvito examines U.S. colonialism in the Philippines and the toxic contamination left in the wake of decommissioned U.S. military Air Force Base and Luo Li returns with his second feature length film, Rivers and My Father in its North American Premiere after debuting at the China Independent Film Festival where it was awarded the Jury Prize.

The Images Festival is thrilled to welcome curators, programmers and distributors. Complimentary accreditation is available to qualified members of the industry. Please click "INDUSTRY" on our website homepage for the fillable form and hotel partner information.

2011 Images Festival is made possible thanks to our gracious public sector supporters:
The Canada Council for the Arts, the Department of Canadian Heritage, the Ontario Arts Council, the City of Toronto through the Toronto Arts Council, Telefilm Canada, the Ontario Ministry of Tourism and Culture, the Ontario Trillium Foundation, the Hal Jackman Foundation, the Consulat Général de France à Toronto, the Goethe Institut Toronto and the Consulate General of Switzerland in Toronto.

Thanks to all of our gallery and community partners, our dedicated volunteers and our enthusiastic membership.
Special thanks to the Ontario Ministry of Tourism and Culture.