Crossing Boundaries. Photo-Film-Photo. The interplay of film and photography offers a wide variety of star studded events with over 100 films, exhibtions, talks, lecutres, slide shows, and 30 celebrities as well as new discoveries from the international photography and film scene. Among others, the photographer Benjamin Katz, the photographers and filmmakers Elfi Mikesch, Alberto Venzago and Dilip Mehta as well as filmmaker Wim Wenders present their works at the cinemas of the city. 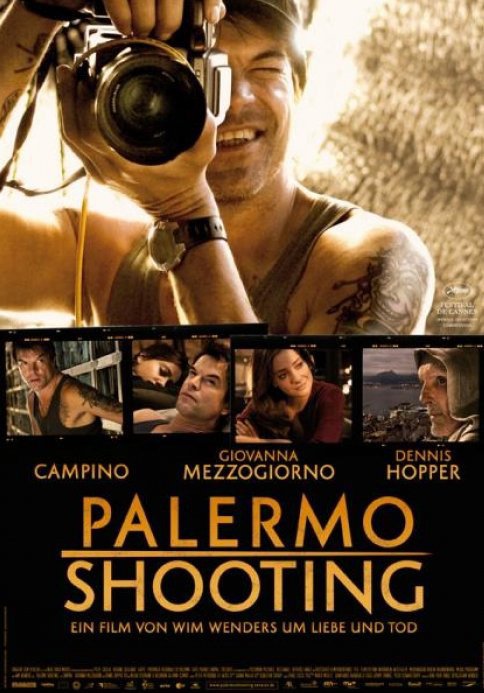 In the upcoming 5th Triennial of Photography Hamburg 2011, the interplay of film and photography will offer a wide variety of star studded events with over 100 films, exhibtions, talks, lecutres, slide shows, and 30 celebrities as well as new discoveries from the international photography and film scene. Among others, the photographer Benjamin Katz, the photographers and filmmakers Elfi Mikesch, Alberto Venzago and Dilip Mehta as well as filmmaker Wim Wenders will present their works at the cinemas of the city. Meanwhile, visitors may stroll through more than 30 photo exhibtions at museums, galleries, and other cultural sites in and around Hamburg.

Under the motto "Crossing Boundaries. Photo-Film-Photo”, the 5th Triennial of Photography Hamburg 2011 invites enthusiasts interested in photography to projections, film presentations, discussions, lectures, portfolio viewing, competitions, and workshops accompanied by numerous exhibitions - 6 days and 6 nights in the world of photography at Hamburg city and beyond.

Five cinemas present films on photography and photographers with celebrity guests: 1st of April, Swiss documentary photographer and filmer Alberto Venzago is at Metropolis cinema, 5th of April, Benjamin Katz, the protagonist of the movie "The Photographer", is in conversation with director Jürgen Heiter, followed by Wim Wenders, who appears for an interview on his film "Palermo Shooting". Wenders is excited about the festival's motto: "I think it's great that a prestigious international photography festival as the triennial in Hamburg takes up that idea. Why has there never before been anyone picking up the idea of photography and film?" Dilip Mehta, Indian photographer and filmmaker, will talk about his film "The Forgotten Woman". On 5th of April, Robert Krieg presents his film "Children of the Stones, Children of the Wall" at Abaton cinema. Elfi Mikesch, photographer, cinematographer and director of Berlin is guest on the 3rd of April at the Alabama cinema, Volker Gerling will present his flip books on 4th of April at B-movie, and cinema 3001 dedicates a series of short films to the legendary French photographer and director Agnès Varda.

At the triennial tent, works of young photographers and lectures on film can be seen: Every night, photography experts and photographers present slide shows at the "Spotlights", whose images respond to the motto of the triennial. To kick off the event, photographer Uwe Martin presents various multimedia projections and provides insights into the new form of existence of the photographer as a multimedia storyteller. The other lecture series with renowned experts on topics such as the photographic film, photography, and photographers in the feature film starts on 3rd of April. Lectures will be held by Prof. Dr. Michael Diers on the subject "Stop motion. On Photography, Film and Motion", followed by Dr. Torsten Scheid, Gusztáv Hámos, Dr. Karin Maak, and Daniel Nauck. Final and peak of the triennial is "Visions on Film” on 6th of April. The presentation on screens will show photo series and video works of ten artists worldwide. The presentation will give a unique insight into the world of photography and film – contemporary, international, and unusual, selected by a jury of international experts.

All events at www.phototriennale.de and on facebook under "5th Triennial of Photography".  Free program booklet. Meeting point: triennial tent between Deichtorhallen.