From the Archives of G. Guttormsgaard. With artists such as Thomas Bewick, Frans Masereel, Albert Jaern, Hannah Ryggen, Peder Balke and Lars Hertervig 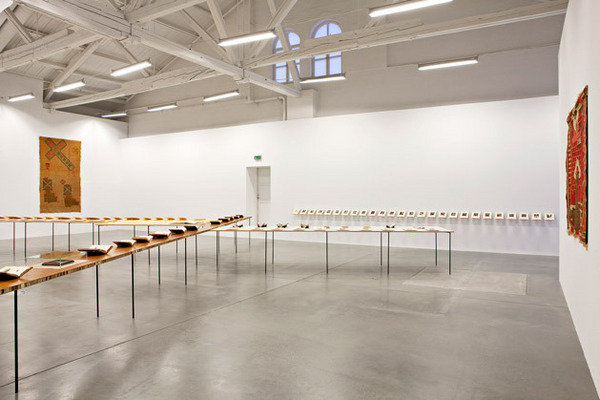 The exhibition considers the process by which the graphic form becomes, in the 19th and 20th centuries, a universal, egalitarian form of expression, moved both by a development of formal and technical concerns and by the intention to communicate to wider audiences and heighten art's political efficacy. The project explores how artists such as Thomas Bewick, Frans Masereel and Albert Jaern in printed form, Hannah Ryggen through her tapestries and Peder Balke and Lars Hertervig in their paintings employed graphic forms to address the world in which they lived, picturing their environment and the cultural and political changes of their time, and trying to intervene in their contexts by combining narration and the vernacular and embracing the role of the artist as a modern, self-reflective subject. The project draws from and expands upon Guttorm Guttormsgaard's archives, which includes publications and printed matter that Guttormsgaard has gathered from nearly six centuries of history, in an attempt to always select 'the modern'. Reflecting this principle, the artists included in the show all share the goal of increasing consciousness and through it the agency of those whom their work reaches. Curated by Marta Kuzma and Pablo Lafuente. (In the image installation view, photo: OCA / Vegard Kleven)