'Bocas de Ceniza' marks the beginning of the cooperation between the collection Goetz and Haus der Kunst. Ingvild Goetz will regularly present works from her collection of film and media art in the 14 cabinet-like rooms of Haus der Kunst's air raid shelter. In its first presentation, 'Bocas de Ceniza' responds to the theme given by the premises: the selected films deal with war experiences and the consequences of war, reflecting these both from the perspective of the military, as well as from the perspective of individual civilian survivors. 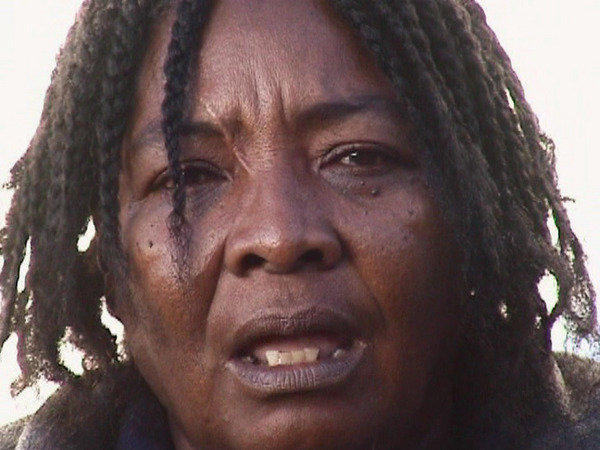 "Bocas de Ceniza" marks the beginning of the cooperation between the collection Goetz and Haus der Kunst. From now through 2014, Ingvild Goetz will regularly present works from her collection of film and media art in the 14 cabinet-like rooms of Haus der Kunst's air raid shelter. In its first presentation, "Bocas de Ceniza" responds to the theme given by the premises: The selected films deal with war experiences and the consequences of war, reflecting these both from the perspective of the military, as well as from the perspective of individual civilian survivors.

Psychological effects
The selection of works does not allow a clear distinction between films about perpetrators on the one hand and about victims on the other. Rather, the members of the military and civilian population have one significant element in common: Both suffer from post-traumatic stress disorder for years after the war is over and are left alone with the psychological effects of their experiences.

Post-traumatic stress disorder hinders those who took part in acts of war or were witness to them from finding their way back into everyday life. This is the central theme of several films presented here: Survivors, whose faces are marked by this, talk about their memories of a massacre on the Columbian population in a recitative composed by themselves ("Bocas de Ceniza" by Echavarría); a former sniper spends his nights playing war games on a PlayStation - sleepless because he constantly sees the face of his first victim before his inner eye (Anri Sala); villagers in Rwanda try to take up their lives as farmers again following the massacre of the Tutsis by the Hutus (Marcel Odenbach).

Narrative plots
Some directors present two parallel plots, thereby contrasting war and ordinary life. Parallel to the sleepless sniper, whose memories of his first victim give him no peace, a lover of ornamental fish talks about his fear of silence: He is afraid that his fish will die in the middle of the night because the aquarium's loud oxygen pump will suddenly stop working (Anri Sala). Soldiers describe their memories of an ambush, while a matching image from a training software program uploads; parallel to this a military instructor presents the advantages of such a software with which sand storms and different times of the day can be simulated (Harun Farocki). The police mug shot of an IRA terrorist is accompanied by his self-characterization using stereotypes of the offenders ("I am barbaric ... I am essentially evil"); parallel to this the same speaker quotes a passage from a travel guide that praises the beauty of the Irish landscape (Willie Doherty).

Often the victims of or participants in war speak in front of the camera. This immediacy of the narrative is shattered by aesthetic devices: through the translation of memory and trauma into recitatives, through backgrounds of Baroque or electro music. The refraction creeps in subtly and unexpectedly. In "A Tank Translated" (Omer Fast), for instance, only the subtitles change: words are added, disappear or change: "cannon" becomes "camera", "tank" becomes "take", "shoot" becomes "shot", and "passes" becomes "poses". Suddenly the language of war is the language of show business. What underlies is a text in which a pop or rock star describes his experience on stage: the exhilaration of standing in front of a crowd that can become addictive, the masculine gestures, and the boastfulness.

The film by Sven Johne about the last weeks of the GDR is cleverly constructed. In a room cluttered with studio equipment an interviewer (in half-shadow) and an eyewitness (professionally lit) sit facing each other. The eyewitness, however, never gets a chance to speak. It is only the interviewer who uses words to evoke the heated atmosphere of 1989 and the Monday demonstrations in Leipzig. The 'interviewee' increasingly struggles to maintain his composure. The observer asks himself how much credibility an image produced by professional television cameras can have when the eyewitness is not even consulted.

Family life
In the films by Mona Hatoum and Tracey Moffatt war and uprootedness are the case history of family life. Both films have autobiographical elements and in both the mother plays a central role. Mona Hatoum lives in exile in London. In letters that address the differences between sexes, marriage or yearning for the daughter, the mother answers her daughter's questions. A female voice reads aloud from these letters, while superimposed Arabic handwriting appears in front of a background of photographs. These photos depict the mother in intimate domestic situations, in her bath, therewith representing the closeness that is possible between mother and daughter.

In the work of the Australian Tracey Moffatt feelings are mixed. The mother, an aged woman with fair skin, sits in a wheelchair. The daughter is her nurse - a dark-skinned Aborigine who was taken from her natural parents and raised in a foster family as part of the government's foster care program. As an adult she struggles with the emotional consequences of this uprooting and her feelings for her foster mother are characterized by both love and hate: To continue to care for her is just as unbearable as to be freed from this responsibility through her mother's death.

Landscapes
William Kentridge records the changes that war inflicts on the coastline. On the balcony of a hotel instead of tourists with binoculars are soldiers with field glasses. The sea washes emaciated cows up onto the beach. At the end, normal beach life returns and with it a man in a pinstriped suit reading newspapers. The landscape is allegorical. War comes and goes like the tides; the sea itself remains unchanging. The film consists of animated sequences of charcoal and pastel drawings that are typical of Kentridge's work.

War and landscape are also the central themes of David Claerbout's and Hans Op de Beeck's work. Claerbout has coloured in a historical photograph from the Vietnam War. Only the light above the wooded slope changes, thereby lengthening the moment in which the shot-down aircraft falls from the sky. Op de Beeck shows the wounds that war can inflict on a landscape: All that remains of trees in a Baroque-styled garden are their charred trunks. With faces of the dead that dissolve like ink drawings and disappear down the drain, and a still life with fruit that, in a time lapse, becomes covered in gray-green mould, Óscar Muñoz and Sam Taylor Wood create images of universal transience.