The title of Wilfredo Prieto's intervention, Left / Right, refers to the two-sided symmetry of the space of the museum, including two side galleries equal in shape and disposition. He settles a connection with one of the best-known paradoxes in Philosophy. According to Jean Buridan, a 14th century French scholastic philosopher, when faced with two desirable options we choose the better, but when these are the same, the will delays choice to analyse the consequences. Until October 2013 the project of the artist Michael Lin and rvr arquitectos, involves transforming the Marco's Espazo Anexo into a hotel room with a range of uses. 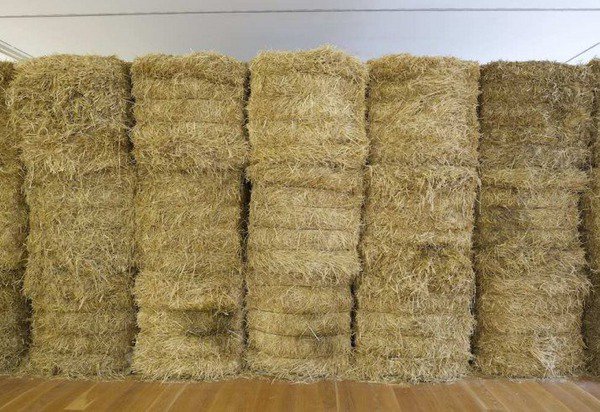 Wilfredo Prieto
Left / Right (cycle 'Entering the Work', 2), at the galleries on the 1st floor

Wilfredo Prieto’s is the second project of a cycle of exhibitions, titled, titled ‘ENTERING THE WORK’, which will run for several months in the galleries of the first floor and whose title is borrowed from the celebrated piece by Giovanni Anselmo, Entrare nell’opera (1971). The paradox that surrounds the concept of spectator and which situates the latter somewhere between passivity and action is the departure point of this series of projects, which analyses the public, the visitor, the viewer, and the audience as an integral part of the work.

EXHIBITED WORKS
Wilfredo Prieto was born in Sancti-Spíritus, Cuba, in 1978. Prieto's work reveals a critical position resulting from the discrete modification of everyday objects. These subtle interventions, which resort most of the times to everyday objects, lacking in aura, result in an image in which the artistic gesture becomes almost invisible. Even though the artist doesn't aim at entertaining the viewer, humour often becomes an important part of his practice, not as a goal in itself, but rather as the result of his critical distance or the unconventional relation established with the topics or media he chooses to approach.

‘Entering the Work’ is a cycle of exhibitions which will run for several months in the first-floor galleries of the MARCO. The title is taken from Giovanni Anselmo’s celebrated piece, Entrare nell’opera (1971), a photographic emulsion on canvas, in which the artist photographs himself crossing a hillside in an action we interpret as revelatory of the relationship between the artist and his work and between space and time. The artist alters his role to generate a situation of integration, causing the spectator to react also, who, while without actually physically entering the work, nevertheless participates in it as a witness of the rupture of the limits traditionally dividing subject and object. The piece’s ultimate meaning, therefore, resides in the viewer’s reaction.

The fundamental role of the viewer in the creation of the artwork has informed discussions and essays in recent decades. Throughout the 20th century there arose a number of concepts a propos the open work, the emancipated spectator and the death of the author, and the role of the public, by virtue of either its physical presence or its need to involve itself actively, became essential for an artwork to become considered complete. The artist ceased to be the pivot of the process and, as Douglas Crimp has noted, the coordinates of perception were defined not just by the encounter of spectator and work but also by the space they occupied. To what extent does the public actually need to be before an artwork? Does not the simple fact of looking count for something?
The paradox surrounding the concept of spectator and which situates the latter somewhere between passivity and action is the departure point of this series of projects, which analyses the condition of the public as an integral part of the artwork. The direct relationship between the two, that is, their physical exchange and immediate reciprocity, generates a new dimension in which time and space alter the conditions of reception and perception.

Wilfredo Prieto (Sancti-Spíritus, Cuba, 1978) creates his works from everyday materials and objects, which he alters only minimally while nonetheless investing them with new meanings in the exhibition context. Humour and the absurd merge with Duchampian decontextualisation as strategies that allow him to build an ambiguous discourse – thanks to simplicity of form and complexity of meaning – the starting point of which is the spectator. This endows the pieces with new readings while overcoming minimalist self-referentialism and opening them up to multiple interpretations.

Conceptual in character and minimal, though narrative, in form, Wilfredo Prieto’s ‘interventions’ come across as visual poems, the fruit of the maximum reduction of the primary idea and of an interplay of scales and basic minimalist concepts such as ‘place’ and ‘presence’.

The title of his intervention at MARCO, Left / Right, refers to the two-sided symmetry of the space of the first floor, including two side galleries equal in shape and disposition. Wilfredo Prieto settles a connection with one of the best-known paradoxes in Philosophy. According to Jean Buridan, a 14th century French scholastic philosopher, when faced with two desirable options we choose the better, but when these are the same, the will delays choice to analyse the consequences.

Buridan’s satirists, basing themselves on the ‘inaction’ that supposedly arises when reason is equated with will, conceived, in their defence of the free will and in their reflections on the limits of the freedom of choice, a paradox about a hungry donkey which, after encountering two equidistant and equal piles of food, perishes because he is unable to choose between one or the other. The assertion, known as ‘Buridan’s donkey’, refers back to a paragraph of Aristotle’s De Caelo: “the man who, though exceedingly hungry and thirsty, and both equally, yet being equidistant from food and drink, is bound to stay where he is [...]”.

The formalisation of Buridan’s reflections, or rather, the reductio ad absurdum of his theories, is the basis for the intervention Wilfredo Prieto has created specifically for the MARCO’s space. The symmetry of the first-floor galleries determines the sense of the visit and puts the spectator in the dilemma of having to choose how to proceed, whether to the left or the right, to find the two identical ‘sculptures’ that the artist has made using everyday materials and minimal craftsmanship in a way that is reminiscent of arte povera and revelatory of the conceptual subtlety that defines Wilfredo Prieto’s work.

Wilfredo Prieto (Sancti-Spiritus, Cuba, 1978)
Wilfredo Prieto was born in Sancti-Spíritus, Cuba, in 1978. He lives and works in Havana, Cuba and Barcelona, Spain. He was graduated from the Instituto Superior de Arte (ISA), Havana, Cuba. He was part of group Galería DUPP (Desde una Pragmática Pedagógica [From Pedagogic Pragmatics]), awarded the UNESCO Prize for the Promotion of the Arts during the 8th Havana Bienninal. He was artist in residence with Kadist Art Foundation in Paris and John Simon Guggenheim in Nueva York, among others, and in 2008 He was awarded with Premio F Buenos Aires and The Cartier Foundation Award in London. He is now preparing a large exhibition at Museum of Contemporary Art Detroit, and he has recently opened the exhibitions Amarrado a la pata de la mesa at CA2M, Móstoles, Madrid, and Praxis, at ARTIUM, Vitoria.

As from April 2011, the MARCO’s Espazo Anexo is to reshape itself and undergo its greatest transformation since its aperture in 2004 as a project room, beginning a new period with the proposal ‘Hotel MARCO’, by the artist Michael Lin and rvr arquitectos, which involves transforming the site into a hotel room with a range of uses.

The Espazo Anexo is a free-standing building on a pedestrian square behind the MARCO that occupies a total surface area of some 100m2. It was inaugurated in 2004 as a projects room, and ever since has housed a multitude of exhibitions and projects, most of which have been individual proposals conceived specifically for the space, drawing on the particular characteristics of the Anexo, notably the way it serves as a sort of transit zone and frontier separating the street and the exhibition space, and exploiting the interior-exterior duality that is characteristic of the site.

April 2011 marks the start of a new period with the opening of ‘Hotel MARCO’, by the artist Michael Lin and rvr arquitectos. It is an innovative project which consists of transforming the Espazo Anexo into a hotel room designed for a range of uses and which takes as its starting point the very structure of the Anexo as well as its connotations and the fruitful dialogue it establishes between the public and private spaces.

Michael Lin (Tokyo, 1964) is internationally recognised for his monumental floral installations executed on a wide range of surfaces, which he conceives as architectural processes that propose a different way of experimenting a space through painting. The studio rvr arquitectos is run by the architects José Valladares Durán, Alberto Redondo Porto and Marcial Rodríguez Rodríguez, and has been based in Santiago de Compostela since 2002.

The idea of the project arose from the opportunity of reforming an existing site and of endowing the museum with an inhabitable space conceived as an artistic project, with the aim of inviting curators, artists and researchers to explore our particular context as part of a programme of residencies. In addition, anyone interested would be able to use it as a hotel room, upon reservation and payment, and enjoy the experience of lodging in an exhibition space conceived as an art work and located both inside and outside the Museum’s premises.

The rational aesthetic behind it, which draws on the idea expounded by the French theorist Nicolas Bourriaud to designate a type of installation in which the experience shared among persons, the work, and reality defines the meaning, facilitates the reading of the space as a work of art, and is understood through the prism of a number of creators of the late eighties and early nineties. The project ‘Hotel MARCO’ is to be understood as a place for social exchange and as “a set of artistic practices which take as their theoretical and practical point of departure the whole of human relations and their social context”, as Bourriaud would say.

From its inauguration on the 8th April to the 18th May, the International Museum Day, the place will be accessible to the public during normal visiting hours as an exhibition space. It will be used as a hotel room either as part of the residencies programme or by members of the public.

MARCO, Museo de Arte Contemporánea de Vigo
Príncipe 54. 36202 Vigo, Spain
Hours
Tuesdays to Saturdays (including bank holidays) from 11am to 9pm
Sundays, from 11am to 2pm