Dietro la Porta. This Swiss artist works with the atmospheric narrative power of a variety of materials including wax, porcelain and mirrors. 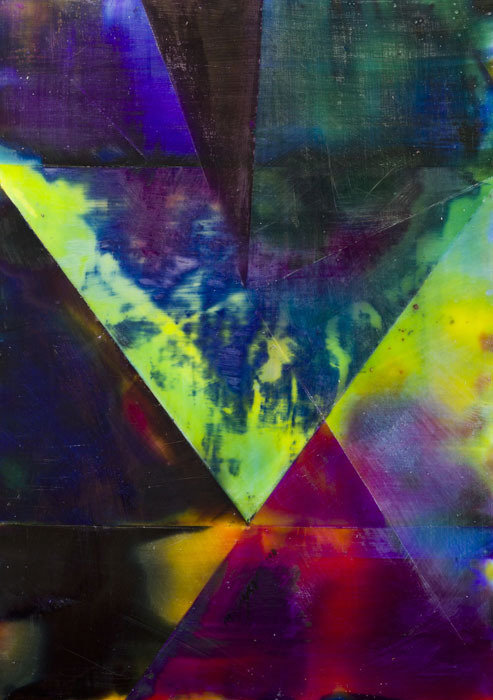 Grieder Contemporary is delighted to be showing "Dietro la Porta", the first Berlin solo exhibition by Loredana Sperini. This Swiss artist works with the atmospheric narrative power of a variety of materials including wax, porcelain and mirrors.

On display in the first room are small, fragile porcelain sculptures, a group of works that Loredana Sperini created during her stay in Berlin in 2006. The sculptures are reissues of knick-knacks that the artist found as objets trouvés at Berlin's Arkona market. The porcelain figures, some of them much the worse for wear, come from ruins outside Berlin left over from World War Two. Sperini has reassembled the individual pieces and sprayed them black. Some parts of the figures are covered in black, while in others, the artist has scratched the paint away again. Sperini's intervention confronts the historically charged material with a new context; the work can be read as a reference to the (conscious or otherwise) selectiveness of human memory when it comes to recalling the past. The artist lets the figures keep their past, while bringing the past to mind through the new composition.

Next door in the conservatory, the visitor to the exhibition is made to understand that Loredana Sperini is interested in specific, individual moments in a narrative. A large mirror picture hangs here. Sperini had the drawing based on vectorised and cut into pieces of mirror. The mirror picture incorporates the observer while at the same time chopping the image up. Wherever one stands in front of the picture, one never sees a complete reflection of oneself. The mirror material fragments the viewing angle, but also reveals further dimensions to the observer by somehow filling the original drawing with life.

The Berlin room contains works composed of wax, and a metal sculpture. In her wax paintings, Sperini heats a special blend of paraffin and microfibre wax in a fryer and adds pigments. She applies large amounts of the hot wax to the wood, then removes a lot of it again. The absence of wax and the conscious application and removal of layers creates kaleidoscopic relief structures that call to mind secret worlds in an almost alchemical way. The artist, who studied fine art in Lucerne and became known internationally for her large, intricate embroideries, discovered wax as a medium by chance: while working with the St. Gallen art foundry, which uses wax in its casting process, she came across opaque flakes of wax waiting to be disposed of as waste.

The hand sculpture was created in wax especially for this exhibition. It shows hands reaching out for something or intermingling with each other. If the hands were not in shades similar to the wax paintings, they would resemble the smooth surface of the material used in medical casts. Since the hands are arranged in a display case on a mirror, the sculpture invites the visitor to examine more closely the delicate shapes of the hand and the iconic gestures it is making.

Interest in space culminates in sculptural works, such as the metal sculpture presented in the same room. It can be seen as a three-dimensional execution of a drawing. Drawing has always been at the root of the Sperini's work, despite the wide range of her materials and approaches. Drawing allows her to explore atmospheres or moods. Although, or perhaps because, Sperini's current work has grown more abstract in comparison to her earlier output, it is still possible to sense the demonical moods from which many of them stem.