Hollywood / Las Vegas (1986-1989). A series of works dating from 1986 to 1989, rarely or never shown in France, accompanied by unpublished documents on the artist's American years. 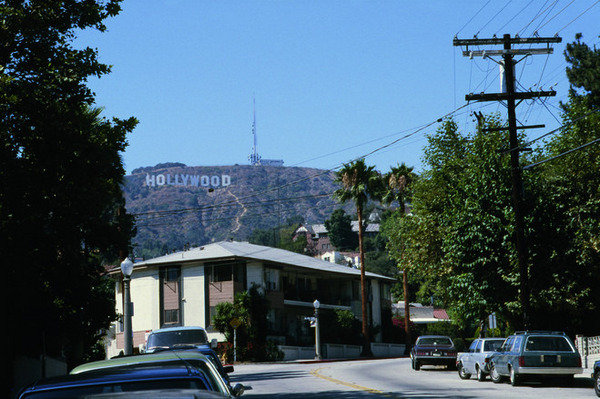 « What a surprise ! This morning, I received a letter from the Paramount’s Studios who invite me to play my own character in a movie, freely inspired by my life. That’s the story of a gardener, obsessed with his tulips, falling in love with a woman trying to steal his very rare tulips bulbs. The film will be titled Golden Tulips are Priceless ».

Known as a famous experimental filmmaker, a photographer obsessed with tulips, a writer of numerous radio dramas, the artist with multiple identities left France the following year and settled in Hollywood. He stayed there regularly until 1989. Three years that marks a decisive turning point in both his artistic career and his personal life.

Unglee is at the heart of a sentimental drama which only Hollywood has the secret. His affair with the Italian composer Aldo Mettezetti (who will die in mysterious circoumstances), his divorce from his wife Madeline Swanson and his wedding in Las Vegas with Giulietta Fabrizzi serve as a backdrop to a biography mixing real facts with fiction.

In the 80’s, Unglee shot tulips, mainly with a polaroid camera, composing, from these instant pictures, various and complex geometric compositions. Right after Aldo died, the artist seemed to quit photographic representation for good, preferring to it the evocative — and at times laconic — use of written statements. In 1988, he filmed Aquatic tulips, his ultimate movie, and created the celebrated perfume Blue Tulip before leaving the art scene by announcing his disappearance through international press.

Since then it has become very difficult to track the path of a life ‘story’ that constantly blurs the lines between reality and fiction. The recent discovery of Unglee’s diary may shed some light on new elements to restore the truth, unless it perpetuates and amplifies the hoax.

Along with the publication of the biography Unglee-Puzzle by September editions, this exhibition returns to an unknown period of the artist’s work. Included is a series of works dating from 1986 to 1989, rarely or never shown in France, accompanied by unpublished documents on the artist’s American years.

(This exhibition would not have been possible without the complicity of the women who shared his life, Giulietta Fabrizzi and Madeline Swanson, who have generously opened their collections and archives. We warmly thank them for that.)
Christian Alandete