The exhibition offers a glimpse into the contemporary artistic practice of Spaniards who have centred their life around Berlin at the beginning of the 21st century. A total of 21 artists were selected for this show, the first of its kind ever organized by the Embassy of Spain in response to the phenomenon of "cultural emigration". The special programme for the exhibition includes a gastronomic tour. 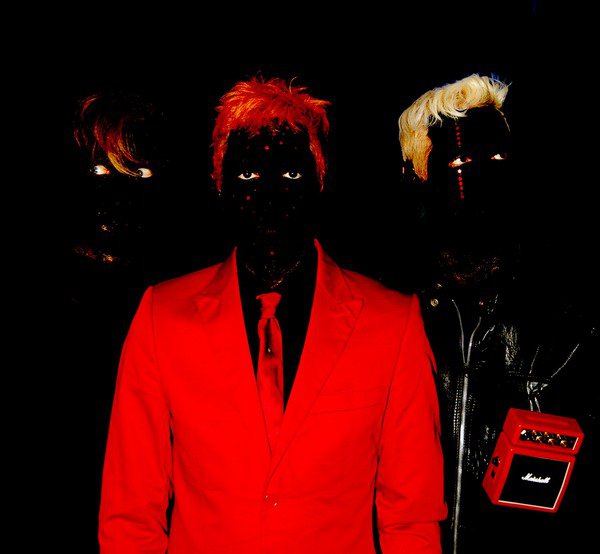 The Embassy of Spain is pleased to announce the supporting programme for the exhibition “DESTINO:BERLÍN / ZIELORT:BERLIN”, which it is organising from 25 May to 17 June 2011 in Studio1 of Bethanien. The special programme for the exhibition includes the gastronomic tour DESTINO:BERLÍN, featuring an outstanding selection of Spanish restaurants in Berlin.

The exhibition DESTINO:BERLÍN / ZIELORT:BERLIN opens its doors on 24 May. It will show a selection of contemporary Spanish artists who live in the German capital. Supplementing the exhibition will be a special programme that includes a gastronomic tour as well as a supporting programme with cultural events.

The Spanish Embassy in Berlin will be presenting a selection of works by Spanish artists living in Berlin. The exhibition "DESTINO: BERLÍN/ZIELORT:BERLIN" offers a glimpse into the contemporary artistic practice of Spaniards who have centred their life around Berlin at the beginning of the 21st century. A total of 21 artists were selected for this show, the first of its kind ever organized by the Embassy.

The exhibition will be on display in Studio 1 of Bethanien, one of the most symbolic spots of the Berlin cultural scene. On an area spanning 500 sq. m, the former Bethanien Hospital chapel will be transformed for four weeks into the unofficial address of Spanish culture in Berlin. From 25 May to 17 June 2011, the Berlin public will have the opportunity to become acquainted with the diversity of Spanish artistic creativity in Berlin first-hand on the basis of selected works.

Ever since the start of the 21st century, there seems to have been only one destination for the latest generation of artists: Berlin. The German capital has become an important reference for artists from all over the world. Year after year, artists from around the world flow into the city. Interestingly enough, many of the artists who have chosen Berlin as their second home come from Spain. One reason for this phenomenon is the serious economic crisis in their own country, but the trend is also part of the spirit of the times that has become everyday reality in a Europe characterised by the euro and cheap airlines.

In response to the phenomenon of "cultural emigration" on the part of Spanish artists to the German capital, the Spanish Embassy in Berlin is presenting the exhibition "DESTINO: BERLÍN/ZIELORT:BERLIN", a carefully selected exhibition of Spanish artists. The majority of these artists is just starting their careers and has distinguished themselves by the great quality of their works and already has promising international careers. Curator Creixell Espilla-Gilart has also selected several works by artists who are already established on the international market and have chosen Berlin as the source of their search for inspiration and new energy.

In the supporting programme to the exhibition, guests can partake in a gastronomic tour, which offers the chance to taste avant-garde culinary delicacies in a selection of Berlin's new Spanish restaurants. Over the past ten years, Spanish cuisine has become an indispensable part of Berlin's gastronomic landscape. More information about the restaurants and the exhibition can be found on the website www.destinoberlin.de