On the metaphor of growth

This international exhibition is a cooperation between the Kunstverein Hannover, the Frankfurt Kunstverein and the Kunsthaus Baselland. Each location the show has different emphases and bears a unique curatorial signature, demonstrating its present-day ambivalence in economic, biological and social contexts. The project brings together 28 contemporary international artistic positions to construct a tension field out of positive and negative connotations of growing, occasioning fundamental reflections. 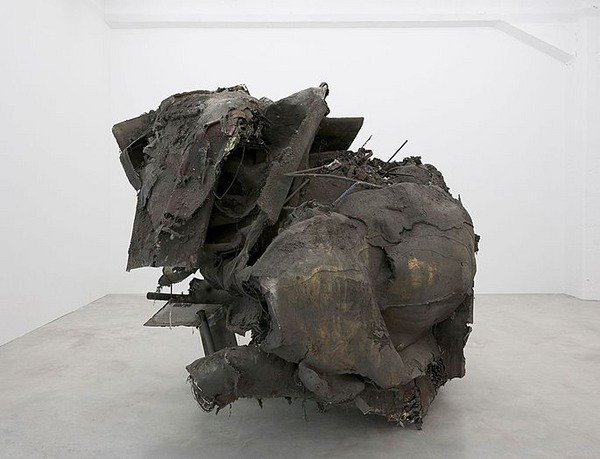 Growth is considered a guiding principle of society. It is closely associated with a deeply rooted belief in progress, according to which technical and civilizatory developments will solve the existential problems of humanity. In the face of global catastrophes such as the nuclear accident in Japan, the still palpable effects of the last financial crisis, and the increasing shortages in resources, the limitations of growth are becoming more and more apparent. The debate surrounding a movement away from a growth-oriented social model has now become more urgent, and recently the German parliament established an inquiry committee to investigate the topic.

The exhibition project “On the Metaphor of Growth” brings together 28 contemporary international artistic positions dealing with the concept of growth. The project is a cooperation between the Kunstverein Hannover, the Frankfurter Kunstverein, and the Kunsthaus Baselland, and it is taking place at each of the three institutions in staggered succession. At each location the exhibition has different emphases and bears a unique curatorial signature. The Frankfurter Kunstverein presents the work of 15 artists from May 27 to July 31, 2011.

Growth is generally perceived as positive. Borrowed from biology, the metaphor does however entail the notion of a natural limit, the state of having peaked in development as well as the cycle of growth and decay. The works in the exhibition employ various approaches and media to explore the ambivalence inherent to the metaphor of growth as poised between prosperity and the belief in progress, on the one hand, and transience and renewal, on the other. The works are based on questions relating to biological cycles, the conditions of production and value creation, or confrontations with the ecological impact of an expansive economy. Often the works of art have an intrinsically metaphorical character.

The works of the Belgian artist Peter Buggenhout, among others, deal with what seems to be a natural idea of growth. His dark, amorphous sculptures from the series “The Blind Leading The Blind” (2009/10) for example, are made of materials such as garbage, wood, aluminum, plastic, dust, and organic components. They recall overgrown shipwrecks or the remnants of ruined buildings; they play on both the beauty of autonomously emerging forms and the morbidity of rotting junk. Buggenhout’s large-scale work for the grand hall of the Frankfurter Kunstverein may thus be interpreted as an abstract image for the biological cycle of growth and decay.

With their expansive installations made of organic and technical materials— often remnants of our fast-moving working world—the Swiss artist duo Gerda Steiner & Jörg Lenzlinger create metaphors for the uncontrollable nature of growth. In front of a repeating wallpaper pattern, a bright-colored ornamentation of biological relationships extending across the wall of the Kunstverein, Steiner & Lenzlinger will show their “Seed Collection from Mali” (2003). 100 piles of seeds lie on little pieces of paper arranged on a wooden table. These valuable little carriers of genetic information house unsuspected potential for growth.

The works of Marisa Argentato & Pasquale Pennacchio, Mark Boulos, and Mika Rottenberg center on the conditions of production and the relationship between work, money, and value creation. For example, in the enigmatic visual worlds of her videos Rottenberg analyses manual production processes. A small peephole in an exhibition wall of the Frankfurter Kunstverein offers a look into a kaleidoscope where one can see the video “Fried Sweat” (2008). The artist shows one of her protagonists, a body builder, vaporizing self-produced sweat in a frying pan—a metaphor for an extreme desire to grow beyond one’s normal capacity, which also reaches its limits as the body begins to dematerialize as sweat.

Sylvie Fleury, however, has produced valuable gilded bronzes from everyday objects such as wastepaper baskets and ladders. The Swiss artist is not offering viewers a critique of consumption but suggests the tyranny of the desire for such luxury accessories, the purchase of which is linked with substantial financial means. The golden ladder “Ladder” (2007) thus represents the promise of the rise to the top. Only someone who has managed to climb the ladder of professional success has the means to own such works of art.

Not only the Berlin collective Mindpirates but also the artists Dan Peterman, Ulrich Gebert, Mark Boulos, and Tue Greenfort present a critical view of economic growth processes. The latter, for example, explores the effect of human behavior on the ecosystem, particularly on the cycles of energy and matter. With sculptures and room-sized installations, such as the work “Plant Oil Circulation —After Hans Haacke 1969” (2007) shown at the Frankfurter Kunstverein, he draws attention to the problems that are generated by processes of growth and can be understood as guidelines for resource conservation.

The exhibition is accompanied by an extensive program of events including discussions, lectures, performances, and artist talks.

“On the Metaphor of Growth” is supported by the German Cultural Foundation.