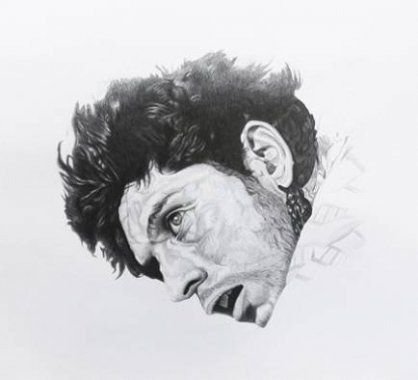 ArtSway, the innovative contemporary art gallery based in England’s New Forest, in collaboration with the Arts University College at Bournemouth, presents the fourth iteration of ArtSway’s New Forest Pavilion. Featuring a number of new commissions, each artist explores, in different approaches, ideas relating to nationhood, ecology and landscape as seen within a modern global context.

Gayle Chong Kwan’s installation The Obsidian Isle explores ideas of collective history, the senses and memory, national identity, landscape and tourism. Chong Kwan documents an island which houses the lost and destroyed places of her native Scotland, referencing the 18th century fictionalized epic of Ossian, as well as her Mauritian heritage, an island whose landscape is being theatricalised and consumed through the global tourist industry. Dave Lewis is a UK born artist whose Grenadian heritage provides a strong reference point in his work. Examining mass migration and identity, Lewis is extending his research to Venice; posing as a stranger, dressing in clothes similar to those of his father, and exploring ideas relating to identity and black consciousness in the 1960s as compared with today. Here Lewis presents a series of large-scale colour photographs alongside smaller black and white images.

Globalisation and ‘Britishness’ are recurring themes in the work of Hew Locke. Locke was born in Scotland, but spent his early years in newly independent Guyana - a former British colony that was attempting to find its place in the international community. His work focuses on notions of loss of power and prestige, particularly in light of the recent economic downturn. Locke’s recent commission for ArtSway - Starchitect - is an installation constructed from cut and painted plywood sheets, featuring sculptural objects which for La Biennale is condensed into one room, presented as a ‘treasury’, linking to the former colonial standing of Venice. Mike Marshall’s elegant and poetic film and photographs are inspired by natural events and the ecology of the natural environment.

His new film for Venice – A Prism Splits Light – was filmed in Cyprus, featuring migrant workers from Vietnam and how the land on which they work is utilised. In contrast, Christopher Orr’s small jewel-like paintings embody elements of the Sublime and Surrealism, but feature a highly personal lexicon of motifs that are deliberately anachronistic in the modern, interconnected world. Sophy Rickett’s three-channel film work To The River references a natural event - the ‘Severn Bore’, a mini tidal-wave that twice a year runs the length of the River Severn in south west England. Yet rather than simply recording the event, Rickett instead documents conversations with the people who gather to witness the Bore.

ArtSway’s New Forest Pavilion presents these artists to the professional and international visual arts community, while promoting ArtSway’s pioneering approach to legacy support, partnerships, and opportunities for artists it has previously worked with.