The View from a Volcano

The Kitchen's Soho Years, 1971-85. The show offers a perspective on the vibrant, interconnected downtown New York arts scene of the 1970s and early 1980s and features single-channel videos and other artworks presented alongside audio, video, and print documentation related to the institution's programming during its fifteen years in Soho (1971-85). Works by Vito Acconci, Ambitious Lovers, Dara Birnbaum, Trisha Brown, Bush Tetras, John Cage, Meredith Monk, Bill Viola and many more. 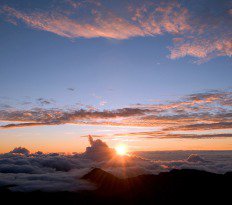 New York, NY, May 23, 2011—The Kitchen presents The View from a Volcano: The Kitchen’s Soho Years, 1971-85, an exhibition featuring single-channel videos and other artworks presented alongside video, audio, and print documentation related to the institution’s programming during its first fifteen years, which were spent in Soho.

Curated by Debra Singer, Matthew Lyons, and Lumi Tan as part of The Kitchen’s 40th anniversary season, The View from a Volcano reveals the depth of the organization’s early history as a home for both experimental performance-based work and new developments in the visual arts, offering a unique perspective on the vibrant, interconnected downtown New York arts scene of the 1970s and early 1980s.

Funding Credits
This exhibition is made possible with support from The Andy Warhol Foundation for the Visual Arts, Dedalus Foundation Inc., and with public funds from the New York City Department of Cultural Affairs and the New York State Council on the Arts, a state agency. About The Kitchen

The Kitchen is one of New York City’s oldest nonprofit performance and exhibition spaces, showing experimental work by innovative artists, both emerging and established. Programs range from dance, music, and theatrical performances to video and media arts exhibitions to literary events, film screenings, and artists’ talks. Since its inception in 1971, The Kitchen has been a powerful force in shaping the cultural landscape of this country and has helped launch the careers of many artists who have gone on to worldwide prominence.