Out of the Dark Room

This exhibition is drawn from a collection of more than 450 photographs brought together by the American collector David Kronn. It presents a selection of 165 works across all photographic media which explore themes emerging through the collection: portraits of children, abstracted landscapes, portraits of artists and iconic works. 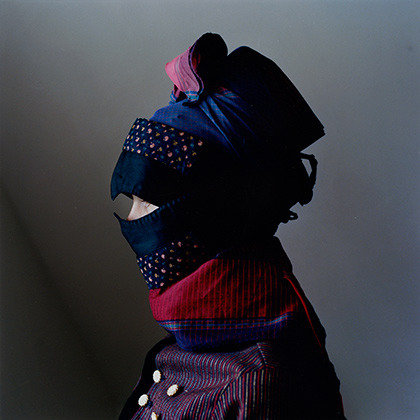 A new exhibition drawn from a collection of more than 450 photographs brought together by the Irish-born American collector David Kronn opens to the public at
the Irish Museum of Modern Art on Wednesday 20 July 2011. Out of the Dark Room: works from The David Kronn Collection comprises 165 photographs from the collection, which ranges in content from 19th-century Daguerreotypes to the 20th-century photography of Edward Weston and August Sander and works from award- winning contemporary photographers, such as the husband and wife team of Nicolai Howalt and Trine Søndergaard, and the Japanese photographer Asako Narahashi. It is particularly strong in its representation of Harry Callahan, Kenneth Josephson and Irving Penn. David Kronn has indicated his wish to make IMMA the future home of his outstanding collection and work to give effect to this is already in train.

Out of the Dark Room presents a selection of works across all photographic media. It explores themes emerging through the collection like portraits of children, abstracted landscapes and portraits of artists, such as Irving Penn’s Frederick Kiesler and Willem de Kooning, New York, 1960. There are numerous iconic works, examples being Herb Ritts’s image of pop star Madonna from 1986; the portrait of Laurie Anderson by Robert Mapplethorpe from 1987; or Dr Harold Edgerton’s time-lapse photograph of a boy running from 1939. Dr Kronn is the Chief of Medical Genetics at the Maria Fareri Children’s Hospital at Westchester Medical Center, New York, a fact which underlies the many images of children in the collection – Diane Arbus’s Loser at a Diaper Derby (1967) for instance; or Martine Franck’s images of children from Tory Island (1994-97), and Irina Davis’s poignant portraits of children in a Russian state orphanage (2006-2007).

Although lacking a representative photographic collection, IMMA has to date sought to compensate for this by presenting a number of significant photographic exhibitions drawn from external sources. These have included solo exhibitions by prominent artists working in the medium, including Thomas Ruff, Thomas Demand and Candida Höfer, and two very popular group shows, Magnum Ireland in 2005 and Picturing New York: Photographs from the Museum of Modern Art in 2009. Commenting on the Kronn donation, IMMA’s Director, Enrique Juncosa, said: “David Kronn’s commitment to making IMMA the future home of his photography collection positions us as a major force in the field and comes at an opportune moment, when the museum would not have the resources to buy such prime works.”

The gift begins immediately with the donation of the photograph of Louise Bourgeois by Annie Leibovitz from 1997, which he is donating to the American Friends of the Arts in Ireland with whom IMMA is a founding affiliate. This will be followed by similar periodic donations to IMMA beginning on the occasion of David Kronn’s 50th birthday and continuing until the bequest of the remainder of the collection.

David Kronn has expressed his pleasure with his association with IMMA: “The fact that the museum has agreed to take the collection in its entirety is a great vote of confidence and a matter of pride. It is also really wonderful for a national cultural institution to approach me to make an exhibition of my private collection and to make a book on what I have amassed so far.”

Born and brought up in Dublin, David Kronn studied medicine at Trinity College Dublin and was accepted into the Pediatric residency training programme at New York University Medical Center (NYU). This was followed by a fellowship in Medical Genetics, also at NYU. His interest in photography started early and he got his first camera at the age of 10 and even undertook some semi-professional photographic assignments before leaving Ireland. Sparked by a visit to the annual Association of International Photography Art dealers show in 1996, he made his first purchases of works, by William Claxton and Aldo Sessa. In the intervening years his knowledge and appreciation has developed leading to a concentration on certain identifiable themes, such as childhood, landscapes, seascapes and ‘out of the dark’ images.

In Conversation
Dr David Kronn and Seán Kissane will be in conversation on Tuesday 19 June at 5.00pm in the Lecture Room at IMMA. Booking is essential. Free tickets are available online at www.imma.ie/talksandlectures.

The exhibition is accompanied by a fully-illustrated catalogue published by IMMA that includes texts by Susan Bright, curator and writer on photography, Seán Kissane, David Kronn and Carol Squiers, curator at the International Center of Photography, New York, with a foreword by Enrique Juncosa.