Focussing on concise groups of works, this exhibition of american drawings and scupltures since 1960, coming from a private collection, strives to illustrate the subtle dialogue between the conceptual notion of 'disegno' and a sensual transformation into material form as a sculpture. 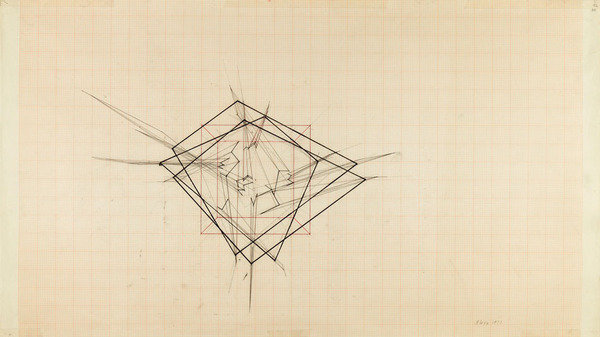 The exhibition, part of the AMERICAN SUMMER project, features the predominantly American holdings of drawings and sculptures from a private collection, with most of the works going on public display for the first time. What comes to the fore in this exemplary selection of largely American artists from the sixties and seventies and their impressive groups of works is the relationship between the media of sculpture and drawing. At the heart of the show lies the subtle dialogue between the conceptual ideas of ‘disegno’ and their sensual transfer to the materiality of sculpture.

One of the private collection’s particular strengths is its focus on groups of works by individual artists. As a result, entire rooms have been dedicated to the artists Fred Sandback and Barry Le Va, while in addition larger groups of works by other artists, including Donald Judd or Gordon Matta-Clark, can be studied in detail.

The selection of exhibits creates a display of the art movements of the sixties and seventies: among them, Minimal Art, as represented by Carl Andre, Bill Bollinger, Donald Judd, Dan Flavin and Fred Sandback, Post-minimalism of Barry Le Va or Keith Sonnier, Conceptual Art, as represented by Sol LeWitt, and Land Art of such artists as Michael Heizer and Walter de Maria. The exhibition is enriched with works from the Staatliche Graphische Sammlung München and the Sammlung Moderne Kunst.