Kravets/Wehby Gallery is pleased to announce the inaugural show in it's new space. Inspired by the exhibition 'New York/New Wave,' curated by Diego Cortez in 1981 at PS 1, 'New Wave' conjures a moment when the representational image once again became paramount and the 'urban' landscape was a subject to be reckoned with amidst the crossover of contemporary art and music. 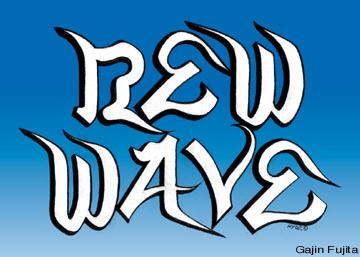 Kravets/Wehby Gallery is pleased to announce the inaugural show in it's new space titled "New Wave" curated by Franklin Sirmans. Inspired by the exhibition "New York/New Wave," curated by Diego Cortez in 1981 at PS 1, "New Wave" conjures a moment when the representational image once again became paramount and the "urban" landscape was a subject to be reckoned with amidst the crossover of contemporary art and music. "New Wave" presents the art of a new generation of artists working with materials as varied as found objects, sound, sculpture, painting and drawing to explore the present moment - a sign of the elusive urban demographic.

The seven emerging artists presented here mix diverse levels and disciplines of creative production across borders to make works acutely attuned to what's happening today as their investigations stem from an often intense awareness of popular culture. Sirmans, co-curator of 'One Planet Under A Groove', brings together these artists with a shared sense of urgency in addressing the divide between "high" and "low" art.

Born in Los Angeles, Sanford Biggers' conceptualist art often places material such as fat shoe laces and disco balls in new and disconcerting art contexts. In addition to playing strings and percussion, he is the co-songwriter on the Martin Luther record "Soul Assassinator." Raised in Washington, D.C., Iona Brown, also known as DJ 3rdI, is known for her imaginary portrait paintings of blackfaced geishas and musical mixes of opera with her hometown Go-Go beats. Born in Lima, Peru, and raised in Miami, William Cordova remembers the changing sounds of the radio as a soundtrack to daily life in Lima. After a short lived stint as a drummer in a Latin punk rock band, Cordova turned his attention to visual art. He creates large-scale works on paper that draw imaginatively from pop songs to create environments of imagery that mix the abstract and the representational. Luis Gispert's work references the Miami Bass culture of his adolescence and in particular his fascination with boom boxes. An avid collector, Gispert has acquired a range of boxes from the last twenty years that find resonance in his recent sculpture. Jeff Sonhouse's paintings incorporate varied patterning styles for his mysterious masked heads. From composite "players" to anonymous men, his portraits offer a fictional variation on the literary concept of "wearing the mask" from Paul Lawrence Dunbar to Paul Beatty. Joshua Taylor, also known as DJ Language was raised on the rhythms of Chicago House and the conceptual tendencies of Robert Morris. An MFA candidate at Hunter College, his recent projects include NegroClash, a celebration of electronic sounds in Black music, and all music influenced by the African Diaspora. He says, "we'll play anything electronic, as long as its got the Funk." Kehinde Wiley, born and raised in Los Angeles, makes decorative portraits of figures that evoke the nexus of bling, bling adornment and baroque kitsch. In Wiley's paintings a number of styles and period references combine to make a poignant statement on the evolution of culture.