Human Valley is a one-year project by Dominique Gonzalez-Foerster and Tristan Bera for Kunsthalle Zurich at the Museum Barengasse. A space for lingering on the ground floor emerged, containing a library, vitrines and a space for screenings, continually open to new encounters. The exhibition 'Walid Raad - Miraculous Beginnings' presents a broad overview of his works from the past 20 years. It also provides insight into an oeuvre that scrutinizes the notions of document, fact, and fiction in film, photography, video, performance, history, and art history. 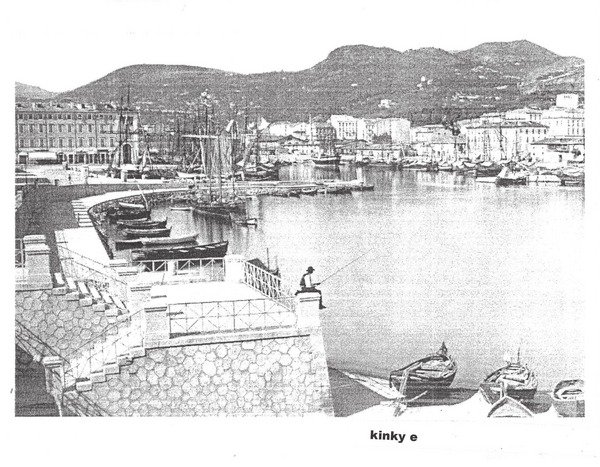 HUMAN VALLEY is a one-year project by Dominique Gonzalez-Foerster and Tristan Bera for Kunsthalle Zürich at the Museum Bärengasse. A space for lingering on the ground floor emerged, containing a library, vitrines and a space for screenings, continually open to new encounters. After «Balzac Nouvelle Vague», Dominique Gonzalez-Foerster and Tristan Bera invited Jean-Michel Wicker, Heike-Karin Föll and Gregorio Magnani to present the next chapter «l’amour en e majeur»:

In the second chapter of HUMAN VALLEY, the audience is welcomed by a horizontal set-up of drawings, films,fabric, scribbles, lamps and light bulbs, anti-books, scrapbooks and xeroxes. Some works are displayed in vitrines, some are outside, mirroring possible dis/connections between the single objects, indifferent to shape and meaning.

There are four letters and some books wondering why so little is said about love and how it could be said.....
The rooms focus on the juncture between the visual and verbal, drawing and writing, newspaper and fairy tale. Questions with a soupçon of gossip, threat, flattery and secrecy are not answered but rhythmically repeated.

Heike-Karin Föll
works with materiality and mechanics of language and drawing, treating textuality as equally a vehicle of content, a visual motif and a material form her drawings have been shown recently in Deichtorhallen Hamburg in the exhibition Captain Pamphile she run the Glasspavilion on Rosa-Luxemburg-Platz in Berlin from 2007 to 2009 she is fascinated by the clash of Abstract Expressionist painterly gestures and fashion drawing she lives and works in Berlin

Gregorio Magnani
Gregorio Magnani has been involved in contemporary art in various capacities since the late 1980s. He is now mostly interested in artist’s books and their possibilities of survival.

Become a member of the HUMAN VALLEY club by sending an email to club@humanvalley.ch and receive invitations to exclusive events.

Winding a trail from Lewis Carroll’s hookah-smoking Caterpillar to Jacques Tati’s Playtime via the Situationists, “The Ha Ha Crystal” is an exploration of the slippery narrative surface between the viewer and the viewed, seen through the prism of the comic speech bubble. Using a brand of narratological phenomenology to highlight the speech bubble’s unique properties, the familiar icon becomes a floating cipher for exploring the unbreakable tenacity of narrative and itsproblems of authorship and authority. Chris Fite-Wassilak is a writer, curator and critic based in London.

From 7 pm: Food, drinks, celebration. The afternoon grill from the financial area becomes an opulent barbecue: sausages, fries and bricolage (by good weatheronly).

7–9 pm / 10–11 pm: You ask questions, we provide the answers. The team ofKunsthalle Zürich provides personal, objective, maybe also made up answers in the labyrinthine spaces of the museum.

What forms, stories, gestures, and concepts are made possible by wars? How are certain events lived but not experienced? How does violence affect art, culture and tradition in material and im-material ways? The work of the artist Walid Raad, who was born in Chbanieh, Lebanon, in 1967 and currently lives, works and teaches in New York, has been revolving around these questions for 20 years now. His oeuvre includes photographs, videos, sculptures, installations and performances.

Walid Raad is one of the most important figures of his generation of young artists from the Middle East. The exhibition «Walid Raad – Miraculous Beginnings», which was organized in cooperation with the Whitechapel Gallery in London, presents a broad overview of his works from the past 20 years. The exhibition also provides insight into an oeuvre that scrutinizes the notions of document, fact, and fiction in film, photography, video, performance, history, and art history. «Walid Raad – Miraculous Beginnings» brings together the extensive groups of photographs and video works which the author created with The Atlas Group (1989–2004), his project in fiction about the Lebanese wars, and his latest project Scratching on Things I Could Disavow: A History of Art in the Arab World (2008–present), a provocative exploration by the artist of the situations, stories, and forms made possible by the recent art boom in the Middle East.

A free-standing wall system, which explores the theatrical dimension of museum-based forms of presentation and which highlights the mise-en-scène aspects of the work, was specially developed for the presentation of this visually and physically comprehensive oeuvre at the Kunsthalle Zürich in the Museum Bärengasse.

TheAtlas Group series of works is rooted in Walid Raad’s experiences in Lebanon over the past forty years. It is mainly dedicated to the exploration and documentation of the Lebanese wars of the past few decades. The accompanying archive, The Atlas Group Archive, contains audiovisual, photographic, literary and other documents which are classified in three categories: [cat. A] – documents that are attributable to an identifiable individual; [cat. FD] – found documents; and [cat. AGP] – documents attributable to The Atlas Group. Raad’s archive does not contain artworks that present immediate images of what happened during the wars. Instead, they present stories and forms linked to what can be said, thought, and imagined about the wars. Some of The Atlas Group files are attributed to fictitious figures and others to historical ones thus raising additional questions about the concept of the witness made possible by the Lebanese wars. With The Atlas Group, the artist is not seeking political or historical truth but is instead paying close attention to political, social, economic as well as narrative, emotional and aesthetic facts. For example, the file of Dr Fadl Fakhouri, a renowned Lebanese historian, was included in The Atlas Group Archive in 1991 and contains 226 notebooks, two super-8 films, and photographs. The document Notebook volume 72: Missing Lebanese wars (1989) tells the story of an unusualbetting game invented by historians of different religious and political convictions who used to meet on Sundays at horse race tracks: the historians “convinced” the official track photographer to photograph the winning horse only once as it approached the finish line and they wagered on how many fractions of a second before or after the horse crossed the line the photographer would press his shutter. Dr Fakhouri’s notebooks show the resulting photo-finish photograph as it was published in the Beirut daily newspaper An-Nahar, as well as Dr Fakhouri’s various notations. These notebooks also seem to provide a summary of different kinds of “misses”: the temporal “miss” of (not) being on time to the passing of the present as well as an affective “miss” characteristic of the longing for the war that conditions the writing of its history. The Fakhouri file also includes the super-8 films Miraculous beginnings and No, illness is neither here nor there. Miraculous beginnings documents Dr Fakhouri’s habit of making film recordings wherever he happened to be and when he believed the civil war to have ended. The second video documents the individually filmed images of the name plates of plastic surgeons, psychiatrists, orthopaedic specialists and dentists which he encountered on his wanderings through Beirut. The two documents bear witness to the great longing for an end to the war which is repeatedly sustained by rumour and by the tragic sectors of the “war profiteers”.

Scratching on Things I Could Disavow: A History of Art in the Arab World (2008–present)

The second project presented in the exhibition is titled Scratching on Things I Could Disavow: A History of Art in the Arab World. This project explores the emergence of a large new infrastructure for the arts in the Middle East and its effects on artistic production in the region. Walid Raad observes the emergence of new art museums, galleries, schools and cultural organisations in citieslike Abu Dhabi, Amman, Beirut, Cairo and other cities with fascination. Thebuildings designed by internationally renowned architects – e. g. thelargest-to-date Guggenheim Abu Dhabi Museum by Frank Gehry, an Abu Dhabi Louvre Museum by Jean Nouvel and the Performing Arts Centre by Zaha Hadid, all located on Saadiyat Island, the “Island of Happiness” in Abu Dhabi – are the most visible symptoms of this emerging infrastructure, and also stand for Raad as the distorted mirror through which to view how art and culture in the Arab world have been affected materially and immaterially by the various conflicts that have ravaged the region in the past century. Raad’s artworks present some of the unusual forms, colours, and stories made possible by this massive investment in art in the Middle East.

The centerpiece of this project, the 2008 work titled Section 139: The Atlas Group (1989–2004) comprises a model of an imaginary museum, in which a miniature version of the works from The Atlas Group hangs. The model is accompanied by a narrative by the artist where he relates how an invitation to show The Atlas Group in the first white cube art gallery in Beirut, the Sfeir-Semler Gallery, resulted in his confronting the shrinking of every single one of his artworks to 1/100th of their original size. The model is accompanied, inter alia, by almost monochrome plates (Appendix XVIII: Plates 24–151, 2009), where colours, lines, and shapes are borrowed from letterheads and/or exhibition catalogues and serve as a means of establishing contact with works of art and artists from the past and future. A video titled Section 88: Views from Outer to Inner Compartment (2010), proposes a view of exhibitionspaces where hanging artworks are, and for unknown reasons, not available to vision.

From 7 pm: Food, drinks, celebration. The afternoon grill from the financial area becomes anopulent barbecue: sausages, fries and bricolage (by good weather only).

7–9 pm / 10–11 pm: You ask questions, we provide the answers. The team of Kunsthalle Zürich provides personal, objective, maybe also made up answers in the labyrinthine spaces of the museum.

Further information and images available on request by telephone
+41 (0)44 272 15 15 or email messina@kunsthallezurich.ch