With the ''Fluorescence(s)' exhibition, Ilan Engel is creating a resonance between the works of Arnaud de Gramont and those of conceptual artist Eric Michel, who also toys with the boundary between the material and the immaterial. 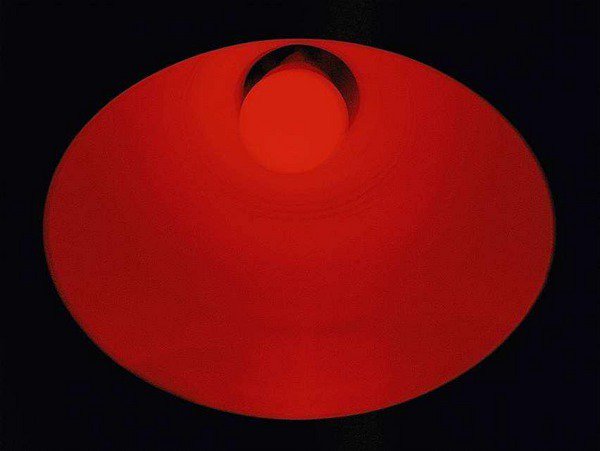 "Every man in his night goes to his light"
Victor Hugo, excerpt from Les Contemplations

From 8 September to 22 October 2011, Ilan Engel Gallery will be showing Arnaud de Gramont's photos for the first time, alongside works by Eric Michel in an exhibition entitled "Fluorescence(s)". Ilan Engel will also offer this contrast at his stand at the Slick Art Fair from 20 to 23 October 2011.

After working 15 years as an architect, Arnaud de Gramont (born in 1960) became a photographer in 2003. Frédérique Destribats explains: "From his architectural practice, Arnaud developed this deep attraction for both spaces and the light that fashions and sculpts them. He simply changed perspective. The subject matter still consists of spaces, volumes, lines and curves, and materials, but now through the lens of a camera". Arnaud de Gramont adds: "I am fascinated by light, hence these numerous urban photos of electric light sources: lamps, neon lights, signs, halos".

It was in that frame of mind that he made his first series of night photos. In his nighttime wanderings, instinctively drawn to the raw neon light, Arnaud focuses on a portion of space, and shapes and colours pop out from black backgrounds as if they were floating. "For that reason I really like David Lynch's cinematography, his unique way of navigating through places and dimensions whose nature the viewer cannot truly discern. Photography can also capture this type of emotion".

Arnaud de Gramont has done several series in Brussels, London, Paris, New York, Seattle, and Berlin, not to mention Chicago. But there is no clue to identify the cities where these photos were taken, photos that tend toward abstraction and allow each individual's imagination to run wild. After years spent deconstructing and reconstructing the spaces entrusted to him, Arnaud de Gramont is left with only light, the lines and effusion of which structure his images. "When light is forced, he explains, it creates a glare that dilutes and erases material, and overexposed objects become less perceptible and can even become dirty".

In a silent confrontation, Arnaud de Gramont puts the real at a distance, which he portrays as "dematerialized material" through the action of artificial light. He leads us "to question our own perception of spaces, volumes, lights, and colours. To seize the moment or space in the camera's lens does not mean to freeze it, but rather to give it another scale of time and space that forces us to take a different look", comments Frédérique Destribats. And through this perceptual prism that touches on the essential, ultimately he relates to the observer's inwardness. The palpable gives way to the impalpable...

With the "Fluorescence(s)" exhibition, Ilan Engel is creating a resonance between the works of Arnaud de Gramont and those of conceptual artist Eric Michel, who also toys with the boundary between the material and the immaterial. A captivating dialogue which can be found at the Ilan Engel Gallery stand at the Slick Art Fair.