Thirty seven works by internationally artists -including Robert Barry, Geta Bratescu, Dan Flavin, Isa Genzken, Ray Johnson, Louise Lawler, Fred Sandback, Cindy Sherman, Monika Sosnowska, and Henryk Stazewski- have been selected by Karola Kraus so as to supplement existing collection focal points and set new accents for the future. The exhibition places the collection's potential in a new light and provides fo transformed and broadened perspectives on art since modernism. It disrupts conventional patterns of thought by juxtaposing works from different temporal and topographical contexts with each other. 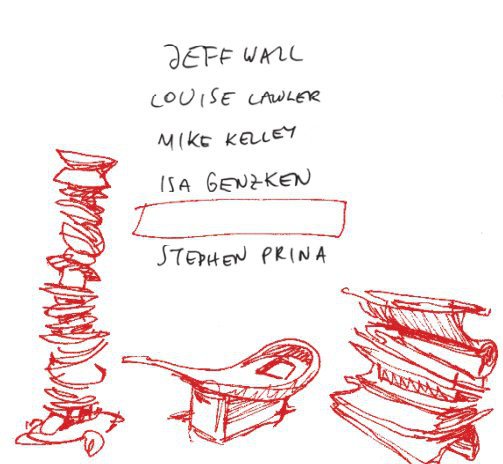 On the 9 September 2011 Karola Kraus is re-opening the mumok–museum moderner kunst stiftung ludwig wien with her Museum of Desires and thus ushering in a new era on the 10th anniversary of the institution in the MuseumsQuartier. After renovations and rebuilding by the Austrian architects Ortner & Ortner and the installation of a cinema by Heimo Zobernig and Michael Wallraff the museum relaunch will begin with a focussed programme and a new appearance.

In the Museum of Desires the new director Karola Kraus is combining the innovative presentation of the mumok collection with a dynamic strategic campaign aimed at the acquisition of new works. Integrated into the permanent exhibition are works that the museum would like to own in order to supplement and enhance the key areas in its collection and to highlight new, future-oriented features. The wish for the new acquisitions is directed towards a target group of private patrons and sponsors so as to win their support for the museum at a time of shrinking budgets and enable it to continue fulfilling its core task of collecting in a responsible manner.

The exhibition places the collection’s potential in a new light and provides fo transformed and broadened perspectives on art since modernism. It disrupts conventional patterns of thought by juxtaposing works from different temporal and topographical contexts with each other. Thus not only the significance of classical highlights from the holdings can be appreciated in a more nuanced way than usual (Kandinsky, Klee, Giacometti, Mondrian, Kupka, Magritte, Picasso etc.), but the collection itself gains additional conceptual dimensions in the dialogue with the desired works.

Contemporary attitudes to the art of the sixties and seventies are refined and simultaneously corrected within the movements of geometric abstraction and also Minimal and Post-minimal art and the history of its influence. Works by Dan Flavin, Palermo, Fred Sandback, Henryk Stażewski and Monika Sosnowska will dissolve hitherto existing boundaries dividing “West” and “East” by casting a global perspective onto these art trends. Connections that transcend the borders between the various art scenes will be spotlighted also in the genres of conceptual, performative and actionist art, with works by Robert Barry, Geta Bratescu, Anestis Logothetis, Otto Muehl and more. This will provide a more comprehensive and authentic picture of the traditions upon which the younger generation of artists have based their work since the 1980s, whether in installations, performance, media or socialoriented arts.

In the sphere of film, video and photography works by Phil Collins, Tacita Dean, Sharon Lockhart and Stephen Prina underline the mumok campaign to promote media-supported art. The successful exhibi- tion policy and the museum’s commitment to painting are reflected inter alia in the form of representative works by Cy Twombly and Albert Oehlen.

The works we have proposed betoken a museum of the most recent past and of the present age, with holdings that are sufficiently dimensioned in breadth and depth to serve as the basis for the future collecting policy. At the same time, the Museum of Desires testifies to Karola Kraus’s concept of letting the large-scale special exhibitions enter into a continual dialogue with the permanent collection. Accordingly, the museum presents itself to the public as a flexible institution that is open to change and to the world outside.