Wed-Sun 12-6pm or by appointment

All I Can See is the Management

An exhibition and programme of events that looks at how artists address the pervasiveness of managerial culture from the late 1970s to today. The show brings together historical and contemporary artworks that consider how late capitalist approaches to working life play out at work, in education and at home. 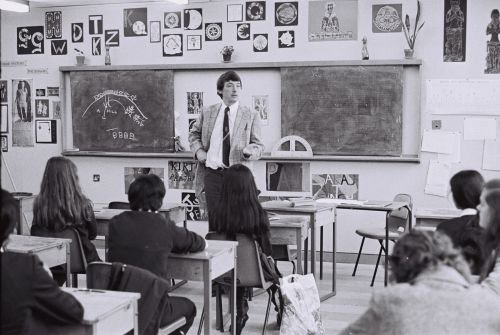 All I Can See is the Management is an exhibition and programme of events that looks at how artists address the pervasiveness of managerial culture from the late 1970s to today.

The exhibition brings together historical and contemporary artworks that consider how late capitalist approaches to working life play out at work, in education and at home. It focuses upon the changing roles of the worker, the manager and the entrepreneur, and how these condition our understanding of other social relationships, such as those between students and teachers or among family members. It also addresses the ways in which companies have sought to enlist and manage the private aspirations and emotions of their employees. These personal capacities are increasingly considered essential to professional performance and the production of economic value, further blurring the boundaries between work and life.

All I Can See is the Management takes its title from Stuart Marshall’s video Distinct or It's Been So Long for So Long (1979, 38 min.), an off-kilter take on the television family drama. What at first seems a trivial conversation between a heterosexual couple soon becomes an attempt to uncover the ideological constructs, gender stereotypes and economic conditions that govern the home. The same scene is restarted time and again, as if in an attempt to find the appropriate words and gestures to give new life to a long-stagnant discussion.

As the 1977 democratic elections in Spain were drawing 36 years of dictatorship to a close, conceptual artist Eulàlia was laying the groundwork for a feminist critique of representation in her landmark collages Discriminació de la dona (Discrimination of Women, 1977, ink on plastic and acetate, 6 parts, 50.5 x 75.4 cm). These incisively juxtaposed black and white reproductions of appropriated media imagery reveal the binary oppositions underpinning gender stereotypes at the time. Comparing the division of labour at home to that in the workplace, Eulàlia's montage argues against the exploitation of women. A series of prison images also underscores the further reinforcement of gender discrimination under conditions of confinement.

Establishing 'rapport' with others is the key goal of neuro-linguistic programming (NLP), a psychotherapy technique widely used in management training. Based on the idea that certain patterns of behaviour can be modelled after those of individuals who have achieved ‘excellence’, NLP often seeks to align the personality of the worker with the needs of business. Made from documentary footage of an NLP session, Filipa César’s video Rapport (2007, 15 min.) focuses upon the staging of the self that takes place during this kind of group therapy.

Amy Feneck's short film Government Workers (2010, 16mm transferred to DVD, 6 min.), was made as part of a year-long residency at the Free and Parochial Secondary School in Hackney, east London. Described as an 'observational documentary', it captures the everyday life of the school. It shows how architecture and design regulate students' behaviour, touching upon how, today, British education is increasingly managed from above.

Seele und Gefühl eines Arbeiters (Soul and Feelings of a Worker, 1978-1980, silkscreen prints on polyester, 3 parts, 140 x 120 cm) by KP Brehmer (1938-97) proposes a taxonomy of worker's emotions. Influenced by Rexford B. Hersey's 1932 book Workers' Emotions in Shop and Home, the work stems from the artist's decades-long investigation of the ways in which abstracted data may be used as a political tool. Brehmer's methodology also closely aligns with the ways in which businesses have sought to quantify the personal capacities of their employees, showing how art work is a model kind of work in today's economy.

Described by the artist as ‘researches’, Darcy Lange’s Work Studies in Schools (video transferred to DVD, times variable) document the experience of teachers and students in both public and state schools in Birmingham and Oxfordshire during the years 1976 and 1977. The studies in schools were made as part of a larger series that observed people at work. By recording lessons being taught in the classroom, and then having the teachers and selected students respond to and discuss watching themselves on videotape, Lange exposes each individual’s relationship to their role in the process of education. Lange’s inquiry therefore investigates the work of the teacher in managing the pupils’ learning environment and illustrates how, within this environment, social codes and structures are reproduced and reinforced.

Allan Sekula's School is a Factory (1978-80, 14 prints, 57 x 71 cm) proposes the school as a space of continuous production. Focusing on Southern Californian community colleges, Sekula uses diagrams and half-staged, half-observational photographs to present the educational environment as a kind of social funnel, where students are acclimatised to their future position within society, dependent on their race, sex and class. Sekula illustrates how these colleges blur the distinction between student and employee, acting as training grounds that closely mimic businesses, paring down education to a simple transferral of low-level corporate skills.

In Co-Operative Explanatory Capabilities in Organizational Design and Personnel Management (2010, DVD, 23 min.), Pil and Galia Kollectiv use an online archive of images that record the history of an early computer company, transforming the documented minutiae of corporate life into an uncanny narrative. Despite its bizarre descent, the narrator's account is familiar in the post-industrial workplace; the careful observation, monitoring and management of workers’ behaviours and emotions, supported by complex bureaucratic ranking systems. In a mildly absurdist tone, the film acts to critique the fictional corporation’s bid to affect worker productivity by conflating work-time and free-time, exposing the impact this has upon the psychology of the individual.

All I Can See is the Management marks the first stage of an ongoing research. A programme of talks, screenings, workshops and contributions to Pipeline provides a further public resource for the issues raised in the exhibition.

TALK: The Managed Heart
Saturday 22 October, 2 - 4pm
At Gasworks
Peter Fleming (professor of Work, Organisation and Society at Queen Mary, University of London) and Kathi Weeks (associate professor of Women’s Studies at Duke University, North Carolina) discuss the themes behind All I Can See is the Management.

WORKSHOP: Rapport
Saturday 12 November, 2 - 4pm
At Gasworks
Neuro-lingusitic programming (NLP) consultant Lee Robinson leads a participatory workshop at Gasworks, teaching us how to achieve rapport with our colleagues and acquaintances. Booking is essential as places are limited: booking@gasworks.org.uk

OFFSITE SCREENING: Joaquim Jordà, Numax Presenta…(1980, 105 min.)
With an introduction by Carles Guerra (Chief Curator, MACBA)
Thursday 1 December, 6.30 – 9 pm
At Birkbeck Cinema, 43 Gordon Square, London WC1H 0PD
Financed with the contingency fund of the workers’ assembly at the Numax factory, this historical documentary is a bittersweet account of the partial successes and ultimate failure of the struggle for self-organisation of a group of workers in late 1970s Spain. Please click here for further information

Further screenings to be announced. Please check for further updates.