The artist presents his new project Colli. In his installation of images, music, poetry and flowers, examines the shift from a time of leisurely distraction to the reality of everyday life. 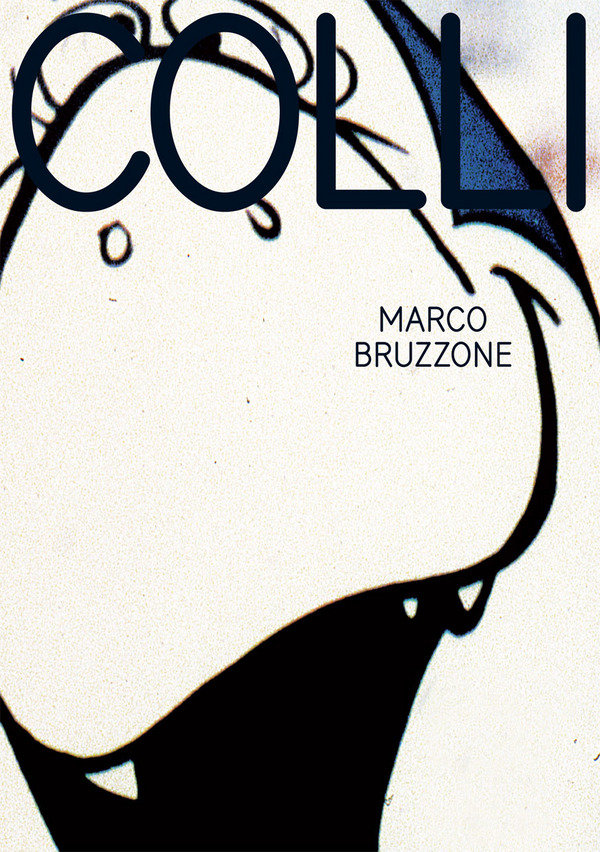 Marco Bruzzone has lived for more than ten years in Berlin, where he works as an artist as well as curator, cook and DJ. His artistic practice is interdisciplinary – many of his works are of a transitory nature, such as a meeting or collaboration with other artists, and often become visible only at certain moments. In 2007, Bruzzone used stencils to spray the phrase “Less is cool“ on the wall just above the floor of the exhibition space (The importance not to be seen, Café Moskau/Galerie Isabella Bortolozzi, Berlin 2007). Instead of spray paint, however, he used spray glue. The statement first became legible over the course of time as dust collected in the room. Marco Bruzzone’s diverse works are unified by a sense of lightness and reduction, as well as a consistent rejection of grand artistic gestures.

At galleria collicaligreggi the artist presents his new project Colli [engl. necks], which deals with the change of seasons from hot summer to autumn. In his installation of images, music, poetry and flowers, Bruzzone examines the shift from a time of leisurely distraction to the reality of everyday life. For the exhibition he stretched beach towels across frames like canvases: through their differing wear and tear and their printed or woven motifs they recall personal and collective memories. For some time now, Bruzzone has addressed issues of painting, examining its surface structures and forms of representation with unusual materials. In 2009, for example, he converted the production laboratory PARIA in St. Etienne, France, into a pigeon coop, where pigeons could perch on a wooden ring suspended from the ceiling. The bird droppings created a fairly precise circular painting on a canvas on the floor that was later mounted vertically as a picture.

A further aspect of the installation Colli is flowers placed in Tetrapak cartons. Serving as vases, the beverage cartons convey the image of an improvised, simpler life. At the same time, the flower ensembles underline the aspiration of modern design to beauty and elegance, which are often sought through the transformation and conversion of everyday materials.
The installation is accompanied by a soundtrack, a remix Bruzzone himself made of Harnessed the Storm (2002), one of the last albums of the influential electronic music duo Drexciya from Detroit, Michigan. In the 1990s, the musicians behind Drexciya, whose true identity was kept secret during the duo’s existence, developed an own musical style incorporating elements of Detroit Techno, Electro and Industrial music. Drexciya was also politically active, using their music to voice criticism about racial inequity and urban decline. The group’s name derives from a mythological narrative surrounding the underwater city of Atlantis: ”Drexciya“ refers to a fictional underwater country inhabited by the unborn children of African women who in the 18th century had been cast off of slave ships to drown in the Atlantic Ocean. The reference to this aquatic world is also present in Drexciya’s musical style through a variety of abstract water and air sounds.

Yet another important aspect of the installation is revealed in a poem by Marco Bruzzone, whose title Colli
also serves as the name of the exhibition. The artist had the poem printed on galleria collicaligreggi business cards. In this form the poem takes on a shape of lightness and transience – similar to that of the music piece. Visitors can take it with them, enabling the poem to disperse into all directions.
Colli Necks
I vecchi soffrono il caldo The old suffer from the heat
e i giovani rotolano sgabelli and the young roll the stools
The neck is the part of the body where heat becomes most noticeable – where sweat drips down into the shirt collar. ”To roll the stools” in Italian prison slang means “to hang oneself.” Here, Bruzzone refers not only to a generational conflict, but also how people in general react in the face of social change. The neck is also the part of the body where gravity can be felt the most: where the body wears its head, where posture becomes visible and where tension makes itself perceivable. In contrast to a horizontal position (as is also implied by the beach towels in the exhibition), which could be associated with rest and recovery, the vertical pose implies activity, but also continuous effort.

Bruzzone’s installation is not only a poetic and musical homage to the passing of summer; stagnation, misunderstanding and anxiety are themes that vibrate between the colorful beach towels and make Colli a sensitive observation of the current political and social situation, which alludes to the artist’s native country as well as to the current economic events in Europe.
On the occasion of the exhibition, a limited edition poster and soundtrack by Marco Bruzzone will be produced in collaboration with OSLO10, galleria collicaligreggi and the new Berlin cassette tape music label MNM Ltd.
www.oslo10.ch­­­
www.mnm-ltd.com


Marco Bruzzone (*1974 in Genoa, lives in Berlin) studied biology at the University of Genoa and photography at Istituto Bauer in Milan. His works have been shown at exhibitions including in Public Abstraction Private Construction, Kunstverein Arnsberg (2011) and a painting show, Autocenter Berlin (2011). In 2010 at The Public School, Komplot, Brussels, he staged the food performance Erst kommt das Fressen, dann kommt die Moral, together with the artist Danai Anesiadou, whose solo exhibition will open at Kunsthalle Basel on September 24, 2011. At the beginning of this year, Bruzzone presented in collaboration with Dieter Roelstraate the performance Blisters (Concert for Gong and Bass) for Museum Night at Kunsthalle Basel. Bruzzone is currently a guest professor at the Oslo Fotokunstskole in Norway, and curates exhibitions at his apartment in Berlin. Starting October 29, 2011 a work by Marco Bruzzone will be presented in the group exhibition The Joy of Pleasure at Veneklasen Werner in Berlin.