The work in this exhibition reflects and intervenes on the conditions of information production, the apparatus of power and its relationship to new forms of censorship. The distinctive aesthetic strategies utilized by the artists confront the 'medium of the message' and provide alternative modes of seeing communication and its meaning. 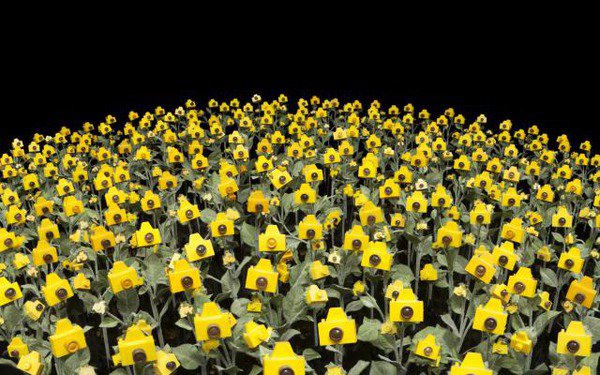 At a moment of ever expanding means of visibility and information surges, the discourse around censorship as a form of limitation or redaction is in need of re-examination. While this traditional notion of censorship as negation aiming to influence public opinion is still pursed by various governments, enterprise, media and cultural institutions, increasingly concentrations of power have focused on augmenting and amplifying the accumulation of information and taking a proactive approach to 'message management'.

The ongoing transformation of censorship is characterized by a multiplicity of mechanisms including; acceleration, repetition, the manufacturing of images, spin and selective framing of events have all contributed to the notion of censorship as a means of production. The resulting product floods the complex web of information with data, narratives and pictures that ultimately destabilizes the relationship of truth and fiction.

As artist and theorist Hito Styerl points out, “a fact is something which is made.”

Censorship as a means of production is also embedded in its etymology. The censor is not only someone who records and judges, their position is fundamentally anchored in the word by the root, kans-, one who “speaks solemnly, announces.” The active position of the censor as one who engages in the creation of rhetoric has taken on a greater urgency in the new landscape of direct communication.

To announce is to set in motion a process of /verification/ which is elaborated by Foucault. In his writings, truth is seen not a monolith but rather “a system of ordered procedures for the production, regulation, distribution, circulation, and operation of statements.” If truth is therefore a complex system of production and dissemination it must be in proximity to systems of power that have the capacity for such circulation. Foucault sees this relationship as interdependent, “"Truth" is linked in a circular relation with systems of power which produce and sustain it, and to effects of power which it induces and which extends it. A "regime" of truth.”

It is therefore not enough to be able to speak but rather what is said must be sustained and amplified. Likewise what is seen must be reproduced and distributed and it is within this process that the artist has immense agency.

To view all selected works:
http://www.celesteprize.com/censorship/