The Metropolitan Museum of Art

Stieglitz and His Artists

Matisse to O'Keeffe. The first large-scale exhibition of paintings, sculptures, drawings, and prints from Stieglitz's personal collection, acquired by the Metropolitan in 1949, features some 200 works by major European and American modernists, including Georgia O'Keeffe, Pablo Picasso, Henri Matisse, Constantin Brancusi, Vasily Kandinsky, Francis Picabia, Gino Severini, Marsden Hartley, John Marin, Charles Demuth, and Arthur Dove. The exhibition includes a number of photographs by the Photo-Secessionists, as well as publications by the Stieglitz Circle, all from his personal collection. 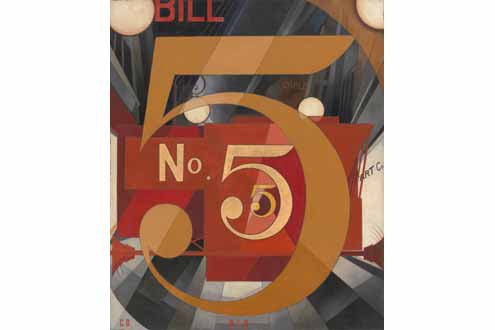 For more than 60 years, the Alfred Stieglitz Collection has been the cornerstone of The Metropolitan Museum of Art’s holdings of modern art from the first half of the 20th century. From October 13, 2011, through January 2, 2012, the Museum will present Stieglitz and His Artists: Matisse to O’Keeffe, the first large-scale exhibition of paintings, sculptures, drawings, and prints from Stieglitz’s personal collection, acquired by the Metropolitan in 1949. The exhibition will feature some 200 works by major European and American modernists, including Georgia O’Keeffe, Pablo Picasso, Henri Matisse, Constantin Brancusi, Vasily Kandinsky, Francis Picabia, Gino Severini, Marsden Hartley, John Marin, Charles Demuth, and Arthur Dove.

The exhibition is made possible by the Iris & B. Gerald Cantor Foundation.

In addition to being a master photographer, Alfred Stieglitz (1864-1946) was a visionary promoter of modern American and European art, and he assembled a vast art collection of exceptional breadth and depth. Through a succession of influential galleries that he ran in New York City between 1905 and 1946, Stieglitz exhibited many of the most important artists of the era and collected hundreds of works of art by his contemporaries.

This will be the first time since their acquisition in 1949 that the Museum’s vast holdings from the Stieglitz Collection—including many works on paper that are rarely on view—will be exhibited together.

Alfred Stieglitz played a pivotal role in the introduction of modern art into America and its subsequent development over the course of the first half of the 20th century. At his Little Galleries of the Photo-Secession (1905-17), known as ‘291,’ Stieglitz boldly showed the work of avant-garde European artists such as Auguste Rodin, Picasso, Matisse, Picabia, Brancusi, and Severini—sometimes before it was shown anywhere else in the United States. The first rooms of the exhibition Stieglitz and His Artists: Matisse to O’Keeffe will focus primarily on works by European artists. Among the highlights are: Picasso’s Woman Ironing (1901) and Standing Female Nude (1910), Kandinsky’s Improvisation 27 (Garden of Love II) (1912), and Brancusi’s Sleeping Muse (1910), as well as a suite of prints by Henri de Toulouse-Lautrec (1890s). The first half of the exhibition also includes a room of drawings by the Mexican caricaturist Marius de Zayas, who was a pivotal advisor to Stieglitz and played a major role in organizing some of the most avant-garde exhibitions at 291 in the 1910s.

In Stieglitz’s subsequent undertakings, first in borrowed space at the Anderson Galleries (1921-25) and later at his own galleries—the Intimate Gallery (1925-29) and An American Place (1929-46)—he refocused his energy on showing and supporting contemporary American art, which was not well represented in prestigious public and private collections at the time. The latter portion of the exhibition Stieglitz and His Artists will feature works by American painters whose careers he shepherded from the 1920s to 1946 and whose work he felt epitomized the authentic American experience: Arthur Dove, John Marin, and Georgia O’Keeffe. There also will be individual rooms devoted to the works of Charles Demuth and Marsden Hartley, including Demuth’s I Saw the Figure 5 in Gold (1928), and Hartley’s Portrait of a German Officer (1914). The exhibition will culminate in a gallery of some 14 works by O’Keeffe, such as her iconic paintings Black Iris (1926) and Cow’s Skull: Red, White, and Blue (1931).

In addition to the paintings, sculptures, drawings, and prints displayed, the exhibition will include a number of photographs by the Photo-Secessionists, as well as publications by the Stieglitz Circle, all from his personal collection.

About the Collection
After his death in 1946, Stieglitz’s wife, Georgia O’Keeffe, as executrix of his estate, decided which institutions would receive gifts of art from his collection. The Metropolitan Museum was very fortunate to receive the largest share of Stieglitz’s personal collection: more than 400 paintings, sculptures, drawings, and prints. The remaining works from his collection were distributed among the Art Institute of Chicago, Philadelphia Museum of Art, National Gallery of Art in Washington, D.C., Fisk University in Nashville, and Yale University’s Beinecke Rare Book and Manuscript Library in New Haven.

Stieglitz and His Artists: Matisse to O’Keeffe is organized by Lisa Mintz Messinger, Associate Curator in the Museum’s Department of Nineteenth-Century, Modern, and Contemporary Art.

The exhibition will be accompanied by a major scholarly catalogue of the entire collection, edited by Lisa Mintz Messinger, with contributions by 11 Metropolitan Museum curators, researchers, and conservators. The catalogue will feature 440 full-color illustrations, an introductory essay, individual essays on the artists, and entries on all 409 paintings, sculptures, drawings, and prints from the Alfred Stieglitz Collection at the Metropolitan. Published by The Metropolitan Museum of Art and Yale University Press, the catalogue will be available for sale in the Met’s book shops ($65, hardcover).

The Museum will offer an array of education programs for this exhibition, including subscription lectures, a Sunday at the Met program, gallery talks, films, and services for visitors with disabilities.

Stieglitz and His Artists will be complemented by the presentation of Photographic Treasures from the Collection of Alfred Stieglitz in the Museum’s Howard Gilman Gallery from October 13, 2011, through February 26, 2012. This installation will feature 45 masterpieces from Stieglitz’s collection of photography, including rarely seen works from the turn of the 20th century by Anne Brigman, Alvin Langdon Coburn, F. Holland Day, Gertrude Käsebier, Joseph Keiley, Heinrich Kühn, Edward Steichen, Clarence White, and others.

Stieglitz and His Artists also will be featured on the Museum’s website at www.metmuseum.org