A Sign of Autumn. Vulsma's interest is directed toward the effects of shifting cultural objects across different social and historical contexts, investigating the role that artists and other art specialists have in these processes of value-making. 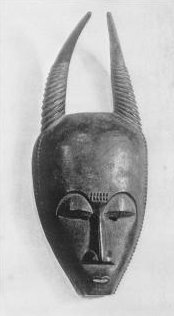 [Fernand] Braudel used the … metaphor–"a sign of autumn"–to characterize financial expansions… For the reaping of the fruits of a bygone phase of material expansion is yet another typical feature of all closing phases of systemic cycles of accumulation that was prefigured in the financial expansion of the latter fourteenth and early fifteenth centuries. Together with the development of high finance … the conspicuous consumption of cultural products was the most important way in which these fruits were reaped.

This autumn we're delighted to announce a solo-exhibition by Amsterdam-based artist Vincent Vulsma in Stedelijk Museum Bureau Amsterdam (SMBA). By employing strategies of spatio-temporal montage, Vulsma brings together objects and patterns taken from their contexts in ethnographic collections and the canons of modernist design and photography, deliberately moving back and forth along the lines between what is classified as commodity, art or ethnographic object. His interests are directed toward the effects of shifting cultural objects across different social and historical contexts, investigating the role that artists and other art specialists have in these processes of value-making.

The central object in his exhibition in SMBA is a Baulé mask, a loan from the Tropenmuseum in Amsterdam. The mask came to Vulsma's attention because of its rich acquisition and exhibition history. Brought to Europe by the German ethnographer Hans Himmelheber, it was later purchased by the French art dealer Charles Ratton, who is well known for his involvement with the Surrealist movement. When the exhibition 'African Negro Art' was held in the Museum of Modern Art in New York in 1935, Ratton's collection, including the mask now displayed in Vulsma's exhibition at SMBA, constituted a large part of the exhibits.

Back in 1935 the exhibition 'African Negro Art' was documented by Walker Evans, who produced a portfolio with photographs of the majority of the exhibits. These include a selection of Kuba textiles, a photograph of which Vulsma takes as a motif for a series of large-scale Jacquard-woven reproductions shown in SMBA. A third element of 'A Sign of Autumn' is constituted by a series of assemblages, combining a selection of stools made in the Congo (probably around the 1930s) with a set of Ray Eames' Walnut Stools, which were designed in 1960 and which are still industrially produced and commercially distributed today. The stools are on loan from the Royal Museum for Central Africa in Tervuren and Vitra respectively.

Central to Vulsma's practice is the exploration of the intersections between strategies of artistic production, institutional procedures and processes of value production. The accumulation of objects under the exhibition title 'A Sign of Autumn' prompts us to reflect on the connections between the re-purposing of cultural resources as a means to realize new cultural production and capital's looting of the productive forces in our current time defined by finance capital. Instead of presenting these developments as something uniquely contemporary, Vulsma scrutinises them in relation to the history of art's entanglement with capitalism, and particularly with colonial activities. Through his exhibition Vulsma sheds light on our relation to contemporary instances of colonialism, an issue further elaborated in an essay by the Israeli writer, filmmaker and curator Joshua Simon in the SMBA Newsletter accompanying the exhibition. Newsletter No. 124 also features a Project '1975' essay commissioned from Clémentine Deliss, director of the Museum of World Cultures in Frankfurt.

Vincent Vulsma (Zaandam, 1982) obtained his BFA at the Gerrit Rietveld Academy in Amsterdam in 2006, where he afterwards followed a residency at De Ateliers. Vulsma participated in 'Birds' at CUBITT, London (2009), contributed to the Stedelijk Museum's 'Fencing the Museum' series (2009) and showed his work in solo exhibitions at Galerie Cinzia Friedlaender, Berlin (2009) and Ellen de Bruijne Projects, Amsterdam (2010). Between 2008 and 2010 Vulsma lived and worked in Berlin, where he contributed work to Berlin Biennale 6 (2010). During his Berlin residence, Vulsma was awarded a 2011 Villa Romana Fellowship. In 2011 he received the second prize in the Prix de Rome.

The exhibition 'Vincent Vulsma - A Sign of Autumn' is partly made possible with support from the Fund for Visual Arts, Design and Architecture.

Project '1975' is made possible with support by the Mondriaan Foundation and the Amsterdam Fund for the Arts.