Deux lunes a l'autre. The artist's latest obsession is the moon, this star so near and so far away at the same time, which maybe has been one of mankind's first objects of observation and questioning. 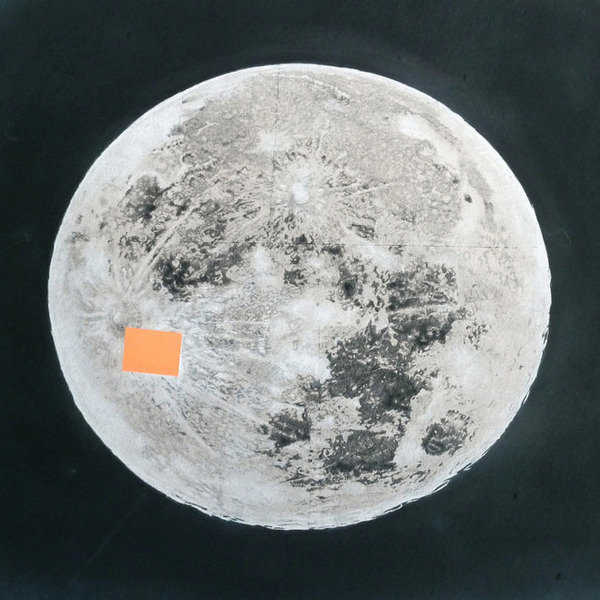 Following his widely noticed participations in Salon de Montrouge and contemporary drawings fair “Salon du Dessin Contemporain 2011” in Paris, João Vilhena, artist of Portuguese origin living in Nice, will exhibit in Alberta Pane Gallery from October, 20th to November, 19th. He will present an all new series of large format drawings, as well as a wall painting in situ.

João Vilhena’s work is, and has always been, led by the interest he takes in the role of the beholder. For the artist a work is made by the look upon it, which activates it and creates its meaning. All naturally his practice got orientated towards the drawing, a kind of drawing executed with confusing precision. A virtuoso of the pencil and the word, João Vilhena feints, hides, substitutes end disguises without ever unveiling what lies beyond. To this purpose he uses different “stuff” like optical illusions, trompe l’œils or anamorphoses, and in the works’ titles spoonerisms, anagrams and other word games.

The artist’s latest obsession is the moon, this star so near and so far away at the same time, which maybe has been one of mankind’s first objects of observation and questioning.

For a long time Aristotle’s perception of an ideal globe, perfectly spherical and even prevailed. But in 1609 Galilei used a telescope made by himself and saw it “from as close as if it was barely two radiuses of the earth away”. He published his observations in the 1610 book Sidereus Nuncius: “Everybody is free to verify that the moon’s surface is not smooth and like polished but that its surface is coarse and uneven, and just as earth features huge bumps, profound dents and windings.”

This science, seeming very speculative and poetic from a today’s standpoint, has inspired João Vilhena to the realisation of his big diptych “Deux lunes à l’autre” (literally: “Two moons to another”, a French word game with “De l’une à l’autre” ≈ “From one to another”), in which he revisits the image of a nineteenth century stereoscopic view from Karl Dupont.

Two photographs of the star have been taken in an interval of one month, in order to create the illusion of a stereoscopic relief. Having worked on the aspect of dissimilarity between these two photographs, the artist inclines us to unceasingly compare the two pictures. Furthermore he pushes us to move around in order to render the vision of the two moons, which he has deliberately distorted by his drawings, perfectly spherical. The post-it, recurrent element of the artist’s recent works is a visual memory aid reminding us that after all, in the centre of the work lies the regard towards it.

To summarise: There are some implicit preoccupations in João Vilhena works — the care for a technology that has become nearly anonymous or de-individualised, the reference to memory via the evocation of a visual culture that was popular in the end of the 19th and the beginning of the 20th century, eroticism and language games. The result is an ensemble of drawings that invite the spectator, without whom they could not at all exist, to reflection and contemplation.
Pauline Beaune, translation by Christian Hain