Passwords 13. Kick in the eye: eight feminist strategies to interrupt the male gaze. The exhibition, curated by Xabier Arakistain, aims to show and document the many lines of criticism and artistic creation based on feminist viewpoints that have been developed in an audiovisual format since the 1960s. In her latest photos Lurdes R. Basoli portrays people in their homes, with facial scars and sombre gazes as the only reminders of violence. 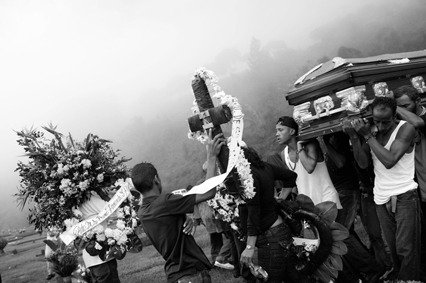 Passwords 13. Kick in the eye

Passwords aims to show and document the many lines of criticism and artistic creation based on feminist viewpoints that have been developed in an audiovisual format since the 1960s. The project's goal is to reveal, question and refute the sexist mechanisms and undercurrent present in mainstream artistic iconography concerning women and femininity.

Since the 1960s, various generations of women artists have been developing a feminist artistic practice that, confronting the fact that the gaze is a male cultural construction built within a male order whose purpose is to perpetuate the patriarchal order, should be analyze as strategies of resistance and combat. It is an art that constitutes an essential contribution to the task of constructing a feminist gaze, a gaze that could be define as the deep gaze that interrupts the male gaze because it is capable of widening to include multiple bonds with the socio-historic matrix and the ideology that constructs it. The feminist gaze is that which makes the invisible visible, beyond recovering the discarded takes that have erased women from history, since it also exposes the socio-political origin of the very act of looking.

Caracas is the most violent capital city in Latin America. In 2009 there were 19.133 reported homicides in Venezuela.

In Venezuela life is only as valuable as a bullet. Caracas, the capital, is the most violent city in Latin America. Being born in one of its neighbourhoods is as close to death as one can be born. Chance defines the life of its under-20 population. In 2008, according to official data, there were 2,165 homicides in Caracas alone. As the poet Rafael Cárdenas said, “we kill because we are already dead”. And the writer Gerardo Zavarce concludes that “the true tragedy is not having a tragedy. Caracas is a city which does not know what to do with its dead, perhaps because no one is alive”.

In Venezuela, every nine minutes someone dies as the result of violence. In 2009 alone, the country registered 19,133 murders, a figure confirmed by the National Statistics Institute of Venezuela and printed by the El Nacional newspaper of Caracas, one day after a court in the capital “partially” amended a preventative measure which did not allow it to publish “photos, information and advertising” on violence. The crime level in Venezuela is ten times higher than that in Mexico, despite the fact that the latter is in the midst of the harshest phase of the fight against drug trafficking.

Sitting outside the Bar Estudiantil we leaf through the book “Insecurity and Violence in Venezuela”: 14.00 murders in 2008, a rate of 50 homicides per 100,000 inhabitants, which in Caracas rises to 130, in comparison with the 18 or 20 in Mexico and Brazil. When she began to work as a freelancer in the neighbourhoods of Petare and Cota 905, Lurdes used classic photo-journalism language. She represented the pain of others through a group composition: the relatives screaming around a body covered with sheet. She revealed the indifference in the face of death through her portrait of a funeral procession. The coffin entered on one side, and on the other we see a boy throwing a ball. For a brief moment the ball and the coffin cross paths. In her latest photos she portrays people in their homes, with facial scars and sombre gazes as the only reminders of violence. Since 2007 Lurdes R. Basolí has visited Caracas six times: one-and-a-half or two-month stays, from which she returned mentally exhausted. During her last trip she spent time with kids aged 14 to 18. One day she asked them where they saw themselves in four years. Three of the kids said “Dead”. The fourth one thought he would survive because he has been promised a role in the “Azotes de barrio” film series. Julià Guillamon, La Vanguardia

Centro Cultural Montehermoso
Fray Zacarias Martinez, 2 Vitoria-Gasteiz, Spain
From Tuesday to Sunday, from 11 to 14 and from 17 to 21.
Closed on Monday.